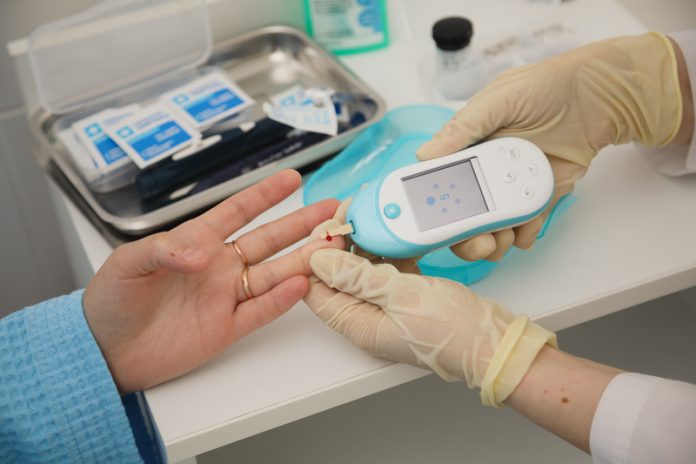 The work of NHS England in tackling one of the biggest healthcare challenges of our time, diabetes, is examined here by Open Access Government

For 70 years NHS England has paved the way to improving health and care in England by sharing out more than £100 billion in funds and holding organisations to account for spending this money both effectively for patients and efficiently for the taxpayer. Currently led by Simon Stevens, the Chief Executive of the NHS England, today it looks ahead towards a vision, through the NHS Five Year Forward View. This plan aims to deliver a better, more joined-up and more responsive NHS in England. It also focusses on the issues that matter most to the public and collaborates, to ensure that health services are designed around patients. And that is on a more sustainable footing, so that it can continue to prioritise and deliver health and high-quality care – now and for future generations.

One area that is becoming more and more of a priority in recent years is the increase in people suffering from cases of diabetes. “Tackling diabetes is one of the biggest healthcare challenges of our time, as the number of people with Type 2 diabetes continues to rise”, states Professor Jonathan Valabhji, NHS England’s National Clinical Director for Diabetes and Obesity. (1)

Estimates expect the number of people with diabetes will rise to 4.2 million by 2030, affecting almost 9% of the population; making it a focal point of the NHS England, one that will be tackled head-on over the coming years.

2017 brought about many new programmes and frameworks to help act against diabetes, such as the fundamental announcement of the expansion of the diabetes prevention programme in June 2017. With the official launch of this programme being over a year ago now, starting with 27 areas covering 26 million people – almost half of the country, the launch of wave 2 will push even further, covering another 25% of the population. Stevens announced that 13 new areas are now live and ready to offer a leading NHS prevention programme to patients identified at risk of developing Type 2 diabetes.

The latest figures reveal the programme was already, in fact, making good progress, with just under 50,000 people referred in Wave 1 and more than 18,000 on the programme at the end of April. This exceeds the original target set in the NHS Mandate of 10,000 referrals during 2017/18. Wave 2 will hope to bring in an estimated 130,000 referrals and up to 50,000 additional places made available thanks to the expansion.

Funding has also been agreed for another 12 months in the 27 sites that were originally up and running. The ambition is for the programme to eventually cover the whole of the country and these figures could rise to as many as 200,000 referrals and more than 80,000 people on programmes by 2018/19.

Simon Stevens comments: “With more than 18,000 people having already started our diabetes prevention programme, the NHS is doing its bit but this is a battle we cannot win alone.” (2) Wave 2 of the Healthier You NHS Diabetes Prevention Programme is part of a wider package of measures to support people with diabetes and those on the cusp of it, to stay fit, well and prevent further deterioration. Those referred to the programme will receive excellent levels of support, a tailored education on healthy eating and lifestyle choices and bespoke physical exercise programmes.

More than 5,000 people were able to benefit from a pilot project, which allowed five companies to test drive a range of apps, gadgets, wristbands and other innovative digital products. Users were able to access health coaches and online support groups as well as set and monitor their individual goals electronically.

Wearable technology was also available for some patients, to help them monitor activity levels and receive motivational messages and prompts, which is also now being made available on the NHS for the first time. This online method of receiving support truly has the potential to have a similar impact to face-to-face interventions – helping bring down high blood sugar levels and in turn, prevent or delay the onset of Type 2 diabetes.

In closing, it’s worth highlighting the following statement from Professor Jonathan Valabhji at NHS England. Valabhji perfectly articulates the efforts being taken by the NHS England and how actions are being taken every day:

“The NHS, along with its partners, is going to great lengths to help keep those with diabetes healthy. It is crucial that we have an integrated approach to tackling not just the prevention of Type 2 diabetes but also the successful management of all forms of diabetes and it is essential that we support the spread of evidence-based interventions to help reduce the harm that diabetes can cause.” (3)