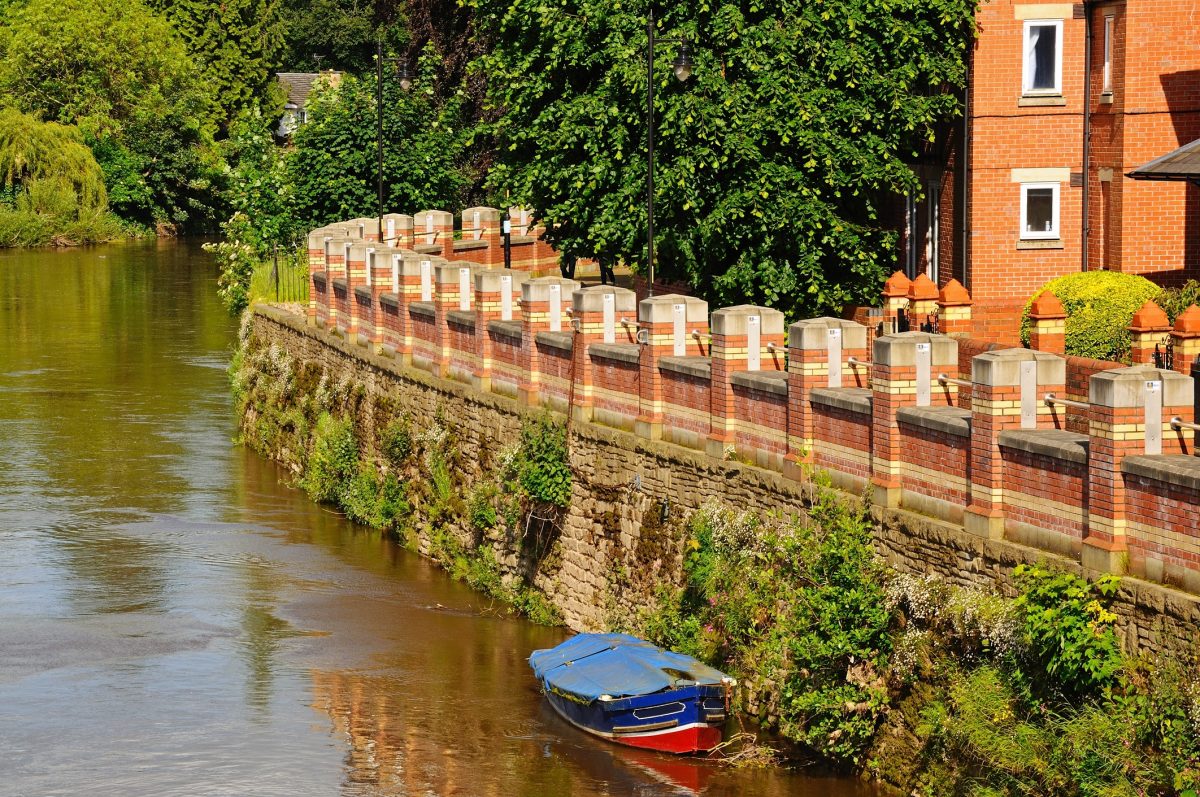 New funding from the Treasury will protect up to 300,000 homes from flood water, preventing up to £30bn of damage.

More than 1,400 flood defence projects are to receive a share of £2.3bn funding in a bid to protect homes and businesses across the country from winter weather.

The government said the investment will help to prevent £30bn of damage.

Among the projects to receive cash from the funding will be the Thames Estuary and the Humber Estuary, which will receive £196m and £80m respectively.

The Committee on Climate Change (CCC) said the funding was welcomed, but it also said the maintenance of existing defences was being neglected. According to the CCC only a quarter of flood defences are being fully maintained. The remainder will degrade and will need replacing.

The CCC said the condition of existing flood defences was in decline before the winter storms hit last year. It also said the Environment Agency had 800 fewer flood risk management staff than in 2010/11. This included asset management and incident control. The impact of these staff losses has never been explained.

A spokesperson for the Treasury said spending on maintenance had totalled £171m this year. He also said the Environment Agency budget had been restored to the same cash terms as in 2010/11, behind inflation.

He said the Treasury was working with the Environment Agency to improve efficiency, but added the National Infrastructure Plan announcement for capital investment in major defences significantly reduced risk to households in highly vulnerable areas.

Danny Alexander, chief secretary to the Treasury, said: “We all saw the destruction and heartache caused by flooding last year and that is why this investment is vital to build Britain’s defences for the future.

“The projects we are announcing today will protect some of the country’s most at-risk locations ensuring that we will be as prepared as possible for future severe weather.”

Additional to the £2.3bn, the government also said it will commit £15.5m to flood defences in Somerset—one of the worst affected areas—over the next six years. This will benefit 7,000 properties.

However, despite these measures, 4,000 homes a year are still being built in areas that face significant risk of flooding.

Furthermore, the CCC said it was not convinced the UK was prepared to deal with floods as climate change threatened to make extreme weather worse.

The Treasury said 96.4 per cent of the important defences would be back to target condition by April 2015, following the battering they took during the winter storms last year.

Shadow Environment Secretary Maria Eagle also commented on the funding. She said: “Communities at risk of flooding won’t buy government spin on what is simply a re-announcement of capital funding confirmed a year ago.

“This is not new money – at the beginning of this parliament David Cameron cut the flood protection budget by over a £100m a year.

“As a result we are playing catch up on flood defences.”

Friends of the Earth climate campaigner Guy Shrubsole said the plans in place were not sufficient to tackle flooding.

“Whatever happened to ‘money no object’? These flood defence plans simply don’t hold water and are wholly inadequate to keep pace with rising flood risk,” he said.

“Failing to tackle climate change comes with a heavy cost, and it’s not right that the government makes flood-risk households pay the price for its failure to do so.

“All parties must, as a matter of national urgency, rethink how we protect the country from climate change – and do far more to prevent it getting worse.”

He said: “The Government’s allocation of finance to new schemes to protect homes from flooding is a step forward but the funding is still well short of what the government’s own advisors say is needed as our climate starts to change.

“This money won’t help those previously flooded areas which will remain vulnerable during the next Parliament.

“Climate change is beginning to have real costs in Britain as we saw from the floods last year and requires a determined Government committed to tackling the causes as well as effects of flooding.

“As countries meet in Lima this week to negotiate commitments on climate change, global as well as national leadership is needed to cut emissions to prevent the effects of global warming such as flooding.”