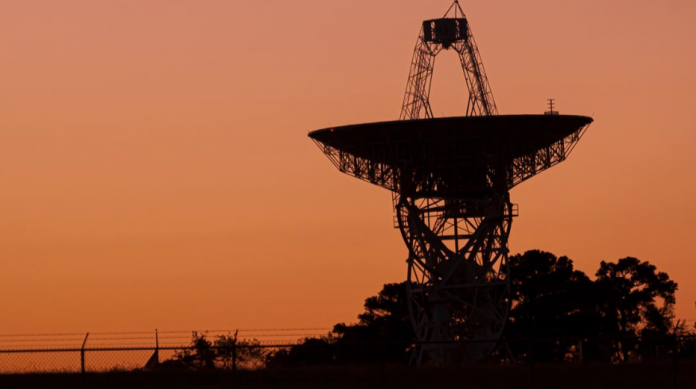 Open Access Government discusses how the U.S. NSF’s Division of Astronomical Sciences continues to break boundaries in research and discovery, yet remains conscious of its social and environmental impact

The National Science Foundations’ (NSF) Division of Astronomical Sciences (AST) continues to fulfil its mission of supporting forefront research in ground-based astronomy and astrophysics while helping to ensure the scientific excellence of the U.S. astronomical community. Ground-breaking research is carried out each day as the NSF operates some of the finest research facilities in the world, and NSF astronomy facilities are located in many states in the U.S., plus on most continents, including the South Pole. This allows the Division to engage in numerous international collaborations, benefitting both the U.S. and worldwide research and innovation.

With this, however, comes a considerable responsibility to set a standard for environmental preservation and safety. NSF greatly considers the impacts of its proposed funding activities on the environment as a part of its decision-making process.

Most recently, a team of contractors including environmental specialists have been working on the site of Arecibo Observatory’s 305-meter telescope in Puerto Rico, which suffered a collapse in December 2020. They are working to clean up the area, identifying environmental compliance requirements, including those related to pollution prevention, sampling and analysis, and biological resources. This clean-up work includes soil sampling and excavation to remove soil impacted by hydraulic oil released during the collapse, as well as the development and implementation of plans for the sampling and analysis of soil, groundwater, and surface water and a Stormwater Pollution Prevention Plan to prevent sediment and pollutants from migrating off-site. Furthermore, biologists are conducting wildlife and vegetation surveys to inform protection measures relating to species of concern. At the same time, the Division balances the importance of historical and cultural preservation, as well as the environmental. There- fore, NSF and University of Central Florida (UCF) plan to retain instrumentation, hardware and reflector panels for potential reuse and/or public display where possible, and to recycle all other materials, with the proceeds from recycling being put towards costs related to the clean-up and continued operation of the Arecibo Observatory.

The birth of a magnetar

The Astronomy division participates in 65 solicitations supporting many different aspects of astronomical research, education and outreach. An important part of the Astronomy Division’s effort is supporting technology development and instrumentation. A recent example of the ground-breaking research conducted is that a North-western University-led astrophysics team believes it has potentially spotted the birth of a magnetar after examining an incredibly bright burst with optical, X-ray, near-infrared and radio wavelengths. This has never before been observed, and as stated by Hans Krimm, an AST Program Director; “this work relates directly to NSF’s Big Idea on multi-messenger astrophysics, and showcases how much can be gained from combining observations from space-based and ground-based telescopes.”

Moreover, at the end of 2020 the world’s largest solar observatory, NSF’s Daniel K. Inouye Solar Telescope, released its first image of a sunspot, which is a hugely positive indication of how the telescope’s advanced optics and 4-metre primary mirror will give scientists the best view of the sun from Earth throughout the next solar cycle.

“The sunspot image achieves a spatial resolution about 2.5 times higher than ever previously achieved, showing magnetic structures as small as 20 kilometres on the surface of the sun,” said Thomas Rimmele, the Associate Director at NSF’s National Solar Observatory, the organisation responsible for building and operating the Inouye Solar Telescope. The image reveals striking details of the sunspot’s structure as seen at the sun’s surface. Despite measuring about 10,000 miles across, the sunspot image is just a tiny part of the sun yet large enough that Earth could comfortably fit inside.

“This image represents an early preview of the unprecedented capabilities this facility will bring to bear on our understanding of the sun,” stated David Boboltz, a Program Director in the Division of Astronomical Sciences.

The NSF Astronomy Division sees the utmost value in combatting biases and encouraging a broad understanding of the astronomical sciences by a diverse population of scientists, policymakers, educators, and also the public. Seeking participation from all segments of the population, AST has several specific funding opportunities to help broaden outreach and participation. Some of these programs include:

• Organisational Change for Gender Equity in STEM Academic Professions (ADVANCE). 2021 marks the 20th anniversary of the ADVANCE program and the 30th year of the Division of Human Resources (HRD) which manages most of the broadening participation programs at NSF.

• Astronomy and Astrophysics Research Grants (AAG). This program, starting in October 2021 and continuing annually thereafter, is an inclusive and flexible funding opportunity to support research in the astronomical sciences. The Program also considers proposals for projects and tools that enable or enhance astronomical research. Proposals may span multiple disciplines and/or areas of study and may utilise multiple techniques.