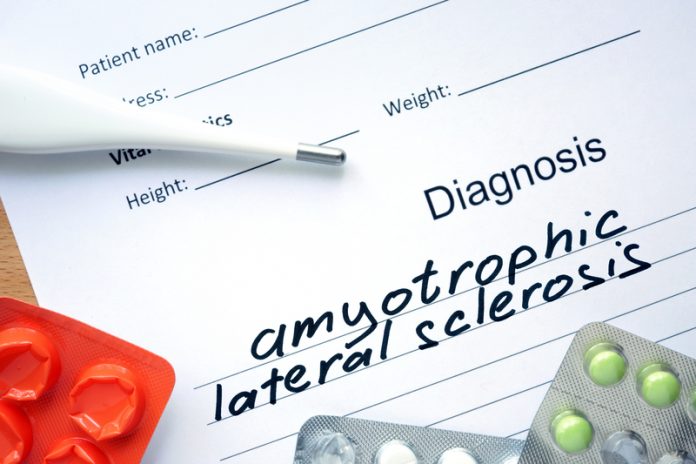 Although amyotrophic lateral sclerosis (ALS) is something you don’t hear of everyday, it does affect over 5,600 people in the US every year. The neurological disorder is commonly referred to as Lou Gehrig’s disease, after a famous baseball player who was forced to retire at the age of 36 due to its effects and died 2 years later. The disease also became well known in 2014 with videos going viral on the internet of the ‘ice bucket challenge’, intended to raise awareness and increase public support.

ALS is a progressive neurodegenerative disease which attacks nerve cells and pathways in the brain and spinal cord. There are 2 different types of ALS – sporadic and familial – sporadic being the most common with almost 90-95% of cases in the US.

“The familial form of ALS usually results from a pattern of inheritance that requires only one parent to carry the gene responsible for the disease. Mutations in more than a dozen genes have been found to cause familial ALS.”

The ALS Association is the only non-profit organisation fighting Lou Gehrig’s disease on every front. Established in 1985, the Association leads the way in research, care services, public education and policy, as well as providing help and support to those facing the disease.

The Association has committed more than $67m to find effective treatments and a cure for ALS. Their global research has also helped to increase the number of scientists working on the disease and advanced new discoveries and treatments.

In February the ALS Association announced it was investing up to $2.5m in the new TREAT ALS Drug Development Contract Grant Program. The programme supports preclinical assessment of therapeutics for ALS. The investment is expected to fund milestone driven research to develop new treatments for ALS, and supports research from early target identification to preclinical research and early pilot clinical trials. Investment such as this is key in developing new treatments, and the work of the Association is evidence of this.

According to NINDS, the onset of ALS can be subtle and differs from patient to patient. Early symptoms may include fasciculations, cramps, tight and stiff muscles, muscle weakness affecting an arm or a leg, and slurred speech. These early symptoms can sometimes be so subtle however, that they often get overlooked.

NINDS says: “The parts of the body showing early symptoms of ALS depend on which muscles in the body are affected. Many individuals first see the effects of the disease in a hand or arm as they experience difficulty with simple tasks requiring manual dexterity such as buttoning a shirt, writing, or turning a key in a lock.”

In other cases, symptoms initially affect one of the legs, and people experience awkwardness when walking or running or they notice that they are tripping or stumbling more often. When symptoms begin in the arms or legs, it is referred to as “limb onset” ALS.

As well as funding and supporting much needed research for Lou Gehrig’s disease, the ALS Association takes an active role in helping patients and families cope with the day to day challenges of living with the disease.

They do this by providing information, resources and referrals to many sources, including a wide variety of community services.

The cause of ALS is unknown, however in 1993 scientists supported by NINDS made an important step in answering this question. The scientists discovered that mutations in the gene that produces the SOD1 enzyme were associated with some cases of familial ALS.

“Although it is still not clear how mutations in the SOD1 gene lead to motor neuron degeneration, there is increasing evidence that mutant SOD1 protein can become toxic,” said NINDS.

“Since then, over a dozen additional genetic mutations have been identified, many through NINDS – supported research, and each of these gene discoveries has provided new insights into possible mechanisms of ALS.”

The ALS Association are working together with ALS ONE to develop and potentially fund appropriate clinical research initiatives to maximise synergies that will make a significant impact on the disease. In January the World’s leading ALS experts united for ALS ONE with a goal of finding a treatment for the disease within 4 years.

Lucie Bruin, chief scientist at the ALS Association and a member of ALS One’s Board of Directors said of the union: “Collaborations are key to expediting treatments for people living with this disease and we are pleased to see these groups coming together in Massachusetts, a key areas of the country were tremendous ALS work is happening.”

Continual research by both the ALS Association and National Institute of Neurological Disorders and Stroke (NINDS) can only further these developments and in time lead to a greater understanding and even a cure for the disease.

For more information regarding ALS and the work of the ALS Association visit www.ALSA.org . Or visit http://www.ninds.nih.gov/disorders/amyotrophiclateralsclerosis/detail_ALS.htm