Dr Erika Kennington, Head of Research and Innovation at Asthma + Lung UK, says that millions of women are drawing the short straw with too little research exploring the effect of female sex hormones on asthma

Asthma is a common lung condition that can cause symptoms including coughing and feeling breathless. Every 10 seconds, someone has a potentially life-threatening asthma attack, but who’s most at risk? Women are most at risk because female sex hormones, just like pollen, air pollution and dust can worsen asthma symptoms or even trigger an asthma attack.

Data shows that if you are a woman, you are more likely to have asthma, need hospital treatment for it and are almost twice as likely to die from an asthma attack. That’s why Asthma + Lung UK is determined to change this; by investing in their own research programme, as well as demanding more investment from other funders. Any research conducted needs to address these sex-based inequalities, so we can understand why this is the case and what new existing treatments will be most effective for women.

But there’s a major hurdle in the way of progress. Even though lung conditions are the third biggest killer in the UK, they only receive 2% of public investment in research that would help diagnose, treat and manage them much more effectively. We have barely scratched the surface when it comes to understanding lung disease. The result, not everyone receives the care and support they need.

The latest research suggests there are multiple mechanisms which leads to asthma being worse for women than men, yet they’ve not been studied enough, so are poorly understood. Understanding sex-related differences in asthma would pave the way for developing new, more precise, targeted interventions and allow clinicians to use existing treatments more effectively. The impact on the estimated three million women with asthma could be vast.

We know that many women with asthma experience worse symptoms around their periods and can be at risk of potentially fatal asthma attacks each month. Women aged between 20-50 are three times more likely than men to be admitted to hospital due to their asthma. And in the past five years, more than two-thirds of asthma deaths have been women, with more than 5,100 women dying from an asthma attack compared with under 2,300 men.

Despite these shocking facts, there has been very little research to understand the relationship between sex hormones and asthma, which is something the charity is determined to change.

The difference between how asthma affects men and women throughout their lives is striking. During childhood asthma is more common and severe in boys. But after puberty, the situation is reversed and asthma becomes more prevalent and severe in women.

Many women experience changes in their asthma symptoms at key moments of hormonal change, such as puberty, periods and pregnancy, with some women experiencing severe, life-changing deterioration of symptoms during and after menopause. For many women, sex hormones are thought to cause these fluctuations in asthma symptoms. But, levels of sex hormones can also fluctuate when people use birth control medication and hormone replacement therapy, leading to changes in asthma symptoms.

Women can also have all the same asthma triggers as men, but some of these triggers may be worse for women or affect them more often. For example, food allergies are more common in women than men. And female hormones can make them worse.

There are some other notable differences. For example, cigarette smoke can affect women more than men. Women and girls may be more sensitive to cigarette smoke, and girls with asthma who start to smoke may take longer and need more help to quit.

The best way everyone can protect themselves against asthma triggers, including female hormones, is to take their preventer medicine every day as prescribed and have an asthma review at least once a year to ensure their medicines are working for them and update their asthma action plan. Keeping a symptom diary can also help identify what’s triggering someone’s asthma, including hormones.

GPs should explore sex hormones and asthma attacks in patients

However, Asthma + Lung UK would like to encourage GPs to explore sex hormones and asthma attacks with their patients. For example, consider adjustments to a patient’s medication regimen, such as increasing the dose of preventer medication if symptoms worsen during hormone fluctuations.

It’s clear the current ‘one-size-fits-all approach’ to asthma treatment isn’t working. This is why at Asthma + Lung UK, we believe one area in desperate need of research is understanding the role of sex hormones in asthma. And we’re fighting for increased funding for research and innovation that could save millions of lives in the UK and worldwide. 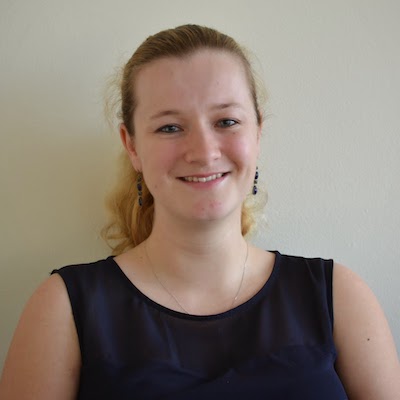