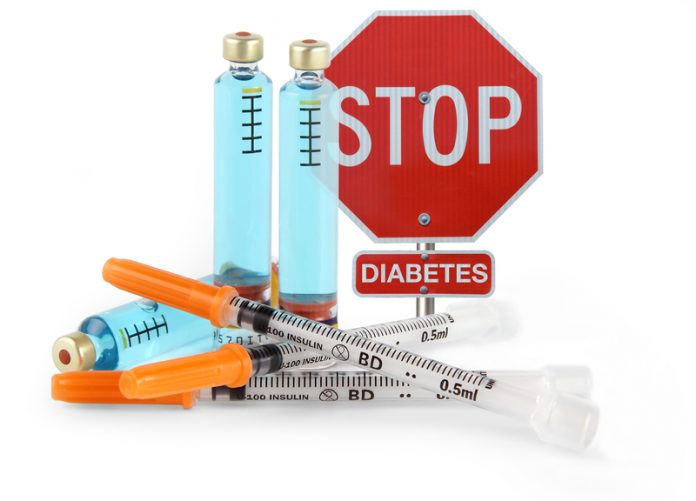 Kimberley Hanson, Director of Federal Affairs at Diabetes Canada argues that the country urgently needs a national strategy to tackle the diabetes epidemic

In Canada today, one in three Canadians lives with prediabetes or diabetes. In some communities that rate soars above 60%. Canadians under 20 years of age now face a 50% chance of developing the disease in their lifetime. For Indigenous Canadians, that risk is 80%.

If we continue with the status quo, the direct costs to our healthcare system will top $5 billion per year within a decade and the indirect costs will be triple that. And the human suffering involved is incalculable.

But first, a quick refresher on the disease: Diabetes is a metabolic disorder in which the body either cannot produce insulin or cannot properly use the insulin it produces. Insulin is a hormone that the body needs to use blood sugar as an energy source. The two main types of diabetes are Type 1 – an auto-immune condition that often develops in childhood – and Type 2, which occurs when the body doesn’t make enough insulin or use properly that which it does make.

In addition, there’s a precursor condition known as prediabetes, when blood glucose levels are higher than normal but not yet high enough to be diagnosed with Type 2 diabetes. Nearly 50% of those with prediabetes will go on to develop Type 2 diabetes if nothing is done.

Diabetes can cause serious and life-threatening complications. People with diabetes account for 30% of the strokes, 40% of heart attacks, 50% of kidney failure requiring dialysis and 70% of amputations in Canada each year. The life expectancy of a person with diabetes is shortened by an average of 13 years. In 2012, the disease directly caused 1.5 million deaths worldwide and elevated blood glucose levels linked to diabetes were responsible for an additional 2.2 million deaths that year. 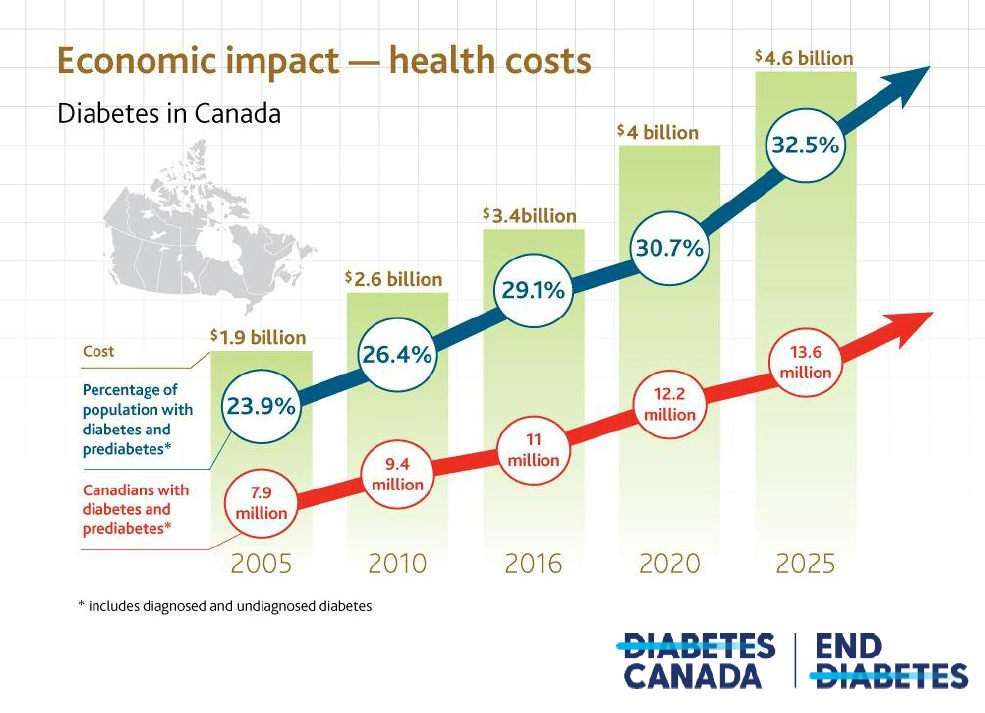 Alarmingly, diabetes is on the rise the world over and Canada is faring worse than many OECD (Organization for Economic Co-operation and Development) countries.

Globally, the number of adults living with diabetes has quadrupled since 1980, from just over 100 million to more than 400 million according to the World Health Organization. The International Diabetes Federation lists Canada in the bottom third of OECD countries for diabetes prevalence. Diabetes or prediabetes now affects 11 million of the 33 million Canadians and yet, millions still don’t know they have it.

It’s time for an urgent change. This is not an epidemic that will be addressed by personal willpower and shame. To blame and stigmatise those living with Type 2 diabetes for their disease is not only unhelpful, it is a vast oversimplification. Type 2 diabetes is caused by a complex array of factors including genetics, lifestyle and environmental factors such as poverty, reduced access to clean drinking water, food insecurity and a disease-promoting food and physical environment. Issues of health inequality are at the core of the diabetes epidemic and addressing this epidemic is wholly reliant on addressing health inequities.

To really turn the tide of the diabetes tsunami, we need a nation-wide approach and in 2018, Diabetes Canada is developing just that. We’re building on a successful “90-90-90” model implemented in the global HIV/AIDS community and adapting it to tackle diabetes in Canada.

Implementing such an approach would mean that, in time, 100% of Canadians would live in an environment that does not promote the development of diabetes; 90% of Canadians would know whether they’re at risk of, or living with, diabetes; 90% of those with prediabetes or diabetes would be engaged in appropriate treatment and support to avoid developing diabetes or its complications and, in consequence, 90% of them would be achieving improved health outcomes.

We know from research that when someone with prediabetes who makes moderate lifestyle adjustments (losing 5-10% of their body weight, for example), they are 60% less likely to develop the disease. That could mean that if we increase risk awareness and then provide adequate support, we could help 3.5 million Canadians make meaningful changes to avoid or significantly delay developing diabetes.

A coordinated approach to diabetes could translate into preventing diabetes in millions of Canadians who are currently on track to develop it. Millions of Canadians with diabetes who are at risk of developing serious complications like blindness, kidney failure or amputation would see that risk reduced. And significant time and money would be saved or used more efficiently by our health-care system.

Desmond Tutu once said: “There comes a point where we need to stop just pulling people out of the river. We need to go upstream and find out why they’re falling in.” When it comes to the millions upon millions of Canadians who already have or are well on their way to developing diabetes and its many complications, the time to move upstream and fix the problem is now. With guidance and input from hundreds of experts, in 2018 Diabetes Canada plans to chart a path to doing just that.