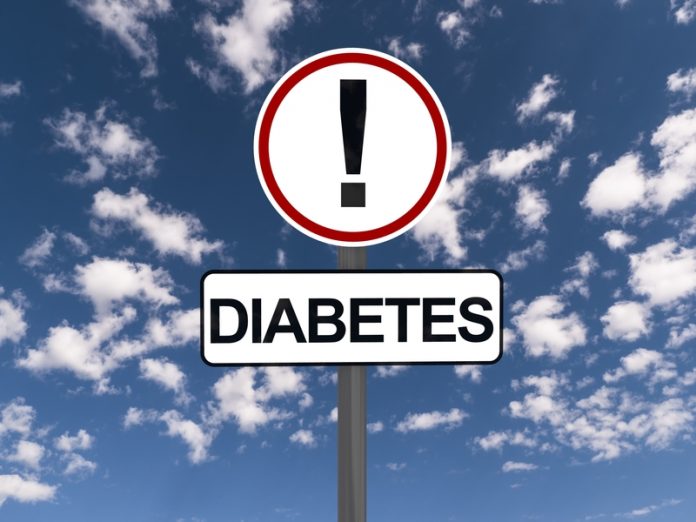 A change of paradigm improves patients’ outcomes with diabetes & peripheral arterial disease, according to the Division of Angiology at the Medical University of Vienna

By way of an introduction, the key points for the current management of patients with diabetes and peripheral arterial disease can be summarised as follows:

Type 2 Diabetes Mellitus (T2DM) and its associated macro- and microvascular complications are a well-recognised threat to current and future European health and health care management.

The Vienna based Research Group Insulin Resistance, Inflammation and Atherosclerosis (IRINA) has been investigating the management of peripheral atherosclerosis in patients with diabetes and prediabetes since 2005, as one of its research focus areas. The main reason for this decision was that till 2006, it was acknowledged that patients with T2DM and peripheral arterial disease (PAD) with a foot ulcer do not survive for longer than four years.

In 2006, the group started its IRINA PAD study1. In this study, patients with both diseases – T2DM and PAD – are managed at a tertiary care centre. The participants were treated by implementing new and at that time provocative treatment (e.g. Hba1c cut-off, as a diagnostic tool, mandatory ACE inhibitors, mandatory high-power statins), which far later (2016-2018) were supported by American2 and European cardiovascular guidelines3.

Other European and non-European groups also tried to improve patients’ outcome: An Italian Group suggested in 20094 the importance of education for patients and relatives concerning the care of diabetic foot syndrome. Dual antiplatelet therapy, the treatment of all other cardiovascular risk factors and rapid endovascular or open revascularisation was performed. This approach resulted in a noteworthy improvement in limb salvage and survival – indeed, major amputation was reduced from 68% to 20% and all-causes of death from 75% to 50% in over six years.

In 2015, a potential major backslash was reported, as a German insurance company database consisting of over 40,000 PAD patients5 demonstrated a one-year mortality rate for patients with severe PAD of up to 35%. The major cause for this unwanted outcome may have been that most of the patients did not receive angiographies and thus associated revascularisation attempts.

In addition, during the last decade, several studies have suggested, that in various diseases the more advanced the disease is, the less stringent doctors and patients seem to be with treatment goals and for example, likewise where mandatory medications are concerned. Partially, this might be because patients and doctors might not have realised the change of the treatment paradigm in the respective diseases.

The same seems to be true for T2DM and PAD. Whereas the pharmacological treatment of T2DM and coronary artery disease (CAD) – a less generalised form of atherosclerosis in comparison to PAD – is well established and used, most patients with T2DM and PAD are undertreated.

In a Danish population-based follow-up study,6 between 1997 and 2003, only 26% of patients with lower-limb PAD (n=3424) used antiplatelet drugs, 10% statins and 22% ACE inhibitors/angiotensin receptor blockers (ARB) – in comparison to CAD within six months after hospital discharge.

In the REACH Registry7, risk factor management was less frequent in patients with PAD (n = 8322), compared to those with CAD or cerebrovascular disease. Patients with isolated PAD used a statin in 50%, antiplatelet medication in 76% and ACE inhibitors in 33% versus 70%, 84% and 50% of patients in the other high-risk disease groups.

Immediate revascularisation and rigorous pharmacotherapy might be a way out of the knowledge plateau. This approach was tested in the IRINA PAD study1. The study included 370 PAD patients in the intensified care group (Vienna Medical Center group, VMC) and 332 PAD patients with a single VMC visit and further usual family medicine care (practitioners care patient group, PCP). A combined 702 patients were followed for up during a five-year period1.

Patients suffering from the unfavourable combination of PAD and T2DM were clearly demonstrated to benefit in survival: 95.3% for normal glucose metabolism, 90.2% for prediabetes and 87.9% for T2DM (p=0.142).

Our study suggests that a multi-dimensional approach based on guidelines, guideline updates and physicians’ expertise at a tertiary care centre can modify prognosis of PAD patients. Still, the constant vigilance of cardiovascular and metabolic complications is needed to achieve this goal.

In our study, the prescription and use of medication to oagachieve risk factor goals increased from 48.8% to 89% for statins, from 88.7% to 90.9% for antiplatelet medication and from 74.3 to 86.1% for ACE-inhibitors/ARB. In our trial, we observed a relative reduction of all-cause mortality of 73% (9.2% vs. 34%) in VMC vs. PCP patients. Still, non-modifiable risk factors such as inflammation, nephropathy and age remained significant predictors of cardiovascular outcome in the VMC group.

Overall, the increased effort of patients and physicians at a tertiary care centre resulted in a 24.8% ABSOLUTE survival benefit within five years1. In particular, patients with the noxious combination of PAD and diabetes did not exhibit a poorer survival rate. Our data implies that those multi-morbid elderly patients still benefit from intensified care, compared to the usual primary care setting. Similar data from Canada8 and Slovenia9 suggest that our findings might not be unique, but generalisable.

With the over ageing of our European population and the pandemic of prediabetes/diabetes, we might see a rise to up to 40 million patients across whole Europe suffering from PAD and T2DM in the year 2040. Treatment plans are needed to prevent tremendous burden for the people, costs for the states and unwarranted degree of disease as well as early death. The Slovenian, Canadian and Austrian data suggest that such a treatment protocol should be tested by a multi-centre European trial.