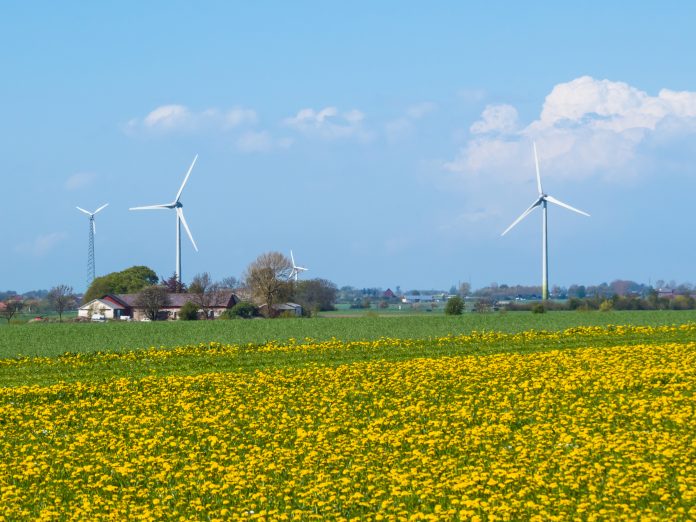 Sweden’s Minister for Policy Coordination and Energy, Ibrahim Baylan speaks to us about the importance of a sustainable Swedish energy policy

The goal of Swedish energy policy is: “to ensure, with as little environmental impact as possible, secure electricity supply for companies and households at competitive prices.” (1) We were fortunate to interview the country’s current Minister for Policy Coordination and Energy, Ibrahim Baylan about his ambitions to make Sweden ahead of the game when it comes to implementing energy efficiency measures.

The interview kicks off when we ask the Minister about his goals for energy policy in terms of environmental impact and security of supply for companies and households. We also picked up from the conversation that the Government of Sweden’s planned energy efficiency measures are both ambitious and exciting, as the Minister goes on to reveal.

“Energy should be sustainable, secure and affordable for all. Electricity in both the long- and short-term is something the Government of Sweden is making increasingly reliable and as such, we plan to move to 100% renewably generated electricity by 2040. There is an agreement from 80% of the Swedish Parliament to make this target the number 1 goal of the Swedish electricity system.

“Energy efficiency measures are essential for Sweden to achieve its energy policy objectives, which is the historical experience of the Government of Sweden. Normally, politicians focus on the production side, such as in the US where they are now focussing on coal. In Sweden, we have focussed on the wind and hydropower, so from our perspective, it is equally important to focus on energy efficiency. This is a proven cost-effective way to provide the industry and households with energy, without needing to increase production.

“In terms of where Sweden is now compared to the 1980’s – we have 25% more inhabitants and our gross domestic product (GDP) has grown by 100% – but we are using less energy and electricity today. This proves that it is possible to combine both the development of a modern welfare society and the decreased use of energy, a work which the Government of Sweden will continue to intensify.”

The conversation then moves to the exciting plans the Government of Sweden has for investment in renewable energy, increased energy efficiency and climate advisory services.

“Sweden and the other Nordic countries, especially Norway are focussed on a path unlike many other countries, in that we have tried to implement a policy that doesn’t choose technologies. The shared green certificate system is in place, which aims to support the development of renewable energy and as such, in June 2017 we set new targets in Parliament concerning renewable energy.

“We have also expanded the target for new renewable energy by 80% during the term of the current government. Sweden has ageing nuclear plants, so that is one of the main reasons why we are expanding such support. The shared green certificate system is supporting both hydro and bioenergy and it is consistently hitting its target, in a very efficient way. Consumers in Sweden are paying one-tenth of what those in Germany are spending, so we are very happy with the shared green certificate system here.”

Minister Baylan then proceeds to outline the Government of Sweden’s plans to achieve 50% more efficient energy use by 2030 and what measures are required around this. The Minister also lifts the lid on the increased support his government is giving to solar power as a form of renewable energy.

“We tasked the Swedish Energy Agency to look at all the sectors of society to see what can be done and what kind of investments are required, from both the public and the private sectors. One example is a target that says we must change all lighting in Sweden by 2020, which will save the amount of electricity equivalent to a nuclear reactor. As the Minister for Policy Coordination and Energy in Sweden, I am very excited by this prospect of getting such concrete measures from relatively easy actions.

“The Government of Sweden has increased and implemented several kinds of support for solar energy, such as tax deductions, investment loans and support schemes as part of the shared green certificate system. We have also recently made it easier, by trying to simplify the administration around such assistance. The latest proposal we have presented to the Parliament will ensure that we the budget for investment support for solar power will increase by 800-900%.

“However, the problem is that we need electricity the most during the winter months. What will ensure that solar plays a big role in Sweden’s energy system is utilising energy storage, so that we are not always dependent on the sun. Storage can take the form of heated water or batteries, and when it becomes truly cost-effective it will have potential to be a part of Sweden’s future energy system.

“During the summer, our consumption of electricity is around 13,000 MW and that increases to 27,000 MW in the winter. The capacity we have for hydropower is around 16,000 MW – but while we do need investments in solar energy during the winter when there is less sun – if we store the excess energy collected during the summer and move it to other seasons then no other form of energy could compare with this.”

This insightful and thought-provoking interview concludes with Minister Baylan sharing his government’s goal to be the first totally fossil free welfare society in the world.

“There has been heated debate for some time concerning combining economic development with a sustainable way of providing energy. There has been tremendous development today concerning electrification, wave optimisation and the development of renewable power. In this vein, we are taking the first steps in terms of combining a strong economy with a sustainable way of providing our citizens and industries with more renewable energy.

“The Government of Sweden has set a target for the country to become the first totally fossil free welfare society. If you said this 5-7 years ago, then nobody would have believed you. Today, however, that is achievable with the best economic structures in place and I believe it is manageable for society and its citizens.