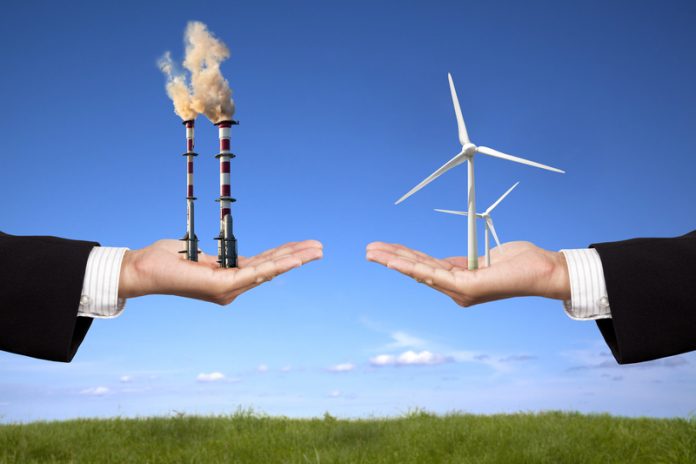 Climate reform is a necessity to safeguard the future of the planet. Open Access Government’s Ciara Ruane explains what Sweden is doing to ensure this

The Swedish government introduced their climate policy framework in June this year, which contained new climate goals, a climate act and plans for a climate policy council. This is said to be the most important climate reform in Sweden’s history.

Domestically, Sweden is aiming to eliminate its greenhouse gas emissions by 2045. The ultimate aim is to achieve ‘negative emissions’, meaning CO2 produced will be absorbed by the eco system faster than it is produced. The Ministry of the Environment and Energy in Sweden has advocated for the bonus-malus system, a proposal that, if passed, would see high emission vehicles charged a higher tax for the first 3 years of their use. She says the Bill would make it ‘easy ‘to make the right choice when buying a new vehicle, and make sure increased vehicle sales are going in the ‘right direction’.

As well as reducing greenhouse gases, Sweden are supporting the need to reduce pollution on land and in our oceans. The Minister for the Environment in

“We have a collective responsibility to act, and to act now. We need to turn the tide on plastic waste, protect biodiversity and keep the oceans rich and clean. It’s an investment in our own survival.” One aim she has highlighted is the need to ban ‘entirely unnecessary’ micro plastics in cosmetics, which can find their way into the oceans and prove harmful to marine animals.

Launched in January 2017, the Clean Seas Campaign aims to raise global awareness of the need to reduce marine litter. In joining the campaign, Sweden will provide SEK9 million in support, as well as a further SEK 5 million being invested to support UN Environment in its efforts to tackle pollution from land-based sources.

Much has already been said on the link between gender inequality and climate change. With both the causes and effects of global warming it seems women are widely absent from decision making at every level, and suffer most as a result of climate based disasters. Women are glaringly absent from the boards of energy companies climate groups, despite the fact they are statistically more likely to ‘believe’ in climate change.

In a recent shocking development, Donald Trump pulled out of the Paris Climate accord, a widely criticised move that he reasoned would help remove restrictions from businesses. Isabella Lövin of the Swedish Ministry for the Environment released a statement condemning Trump’s decision shortly afterward. She reaffirmed Sweden’s commitment to the environment and to becoming fossil-free, and highlighted the negative effect the US pulling out would have on the ‘world’s poorest’.

The Swedish parliament recently voted against a law that would require listed companies to fulfil a gender quota on their governing boards or face a fine. On their parliamentary website it was stated that corporate equality should be achieved ‘through other means than legislation’. Many believe that the key to achieving gender parity in high and low decision making lies in both socialisation and high-level subconscious bias.

There are a number of independent female-led organisations campaigning for the environment, and a handful of groups and networks connecting women in the field. On a governmental level, politicians and experts have spoken out against this disparity. Swedish Minister Karolina Skog spoke about environmental equality at the November 2016 Climate Change conference in Marrakech, saying: “Social inclusion, gender equality and access to good quality public transport are keys in the work on urban development.”

This talk on sustainable cities came as a result of Goal 11, outlined by the UN, which proposes a set of achievements that must be reached to ensure urban development is sustainable. Target 11.7 states that by 2030 they will ‘provide universal access to safe, inclusive and accessible, green and public spaces, particularly for women and children, older persons and persons with disabilities,’ which they aim to achieve through setting a proportionate area of green space to city space and monitoring the ration of population growth and land use.

Skog added: “As the minister responsible for urban development, I have a vision of sustainable cities for everyone, and to get there we need to tackle several challenges at the same time.”