Home Open Access News Research & Innovation News The ‘why’ and ‘what’ of academic drug discovery research at the University...

Prof Colin J Suckling OBE DSc FRSE from the Department of Pure & Applied Chemistry, details the ‘why’ and ‘what’ of academic drug discovery research at the University of Strathclyde, as well as his thoughts on the value of a chemistry degree

When there is such a large, largely successful international pharmaceutical industry that earns its living developing and selling new drugs, people often ask why there’s any point in academic groups’ getting involved. One simple answer was given by a top executive of the former Wyeth company who, visiting Scotland, said that BigPharma can’t do it all.

In this he was being conspicuously honest in at least two ways: firstly, the business model of BigPharma requires low-risk strategies because of the enormous cost of drug development through the clinic, and secondly, there is more new relevant biology and chemistry out there than the industry can cover.

BigPharma has to make choices, which naturally favour those projects that seem to have the most financial comfort and confidence and market opportunity to them. These opinions can, therefore, be used to define the niche for academic contributions: take risks and establish novel chemistry and biology. This is why we do research into drug discovery at Strathclyde and what we do too. 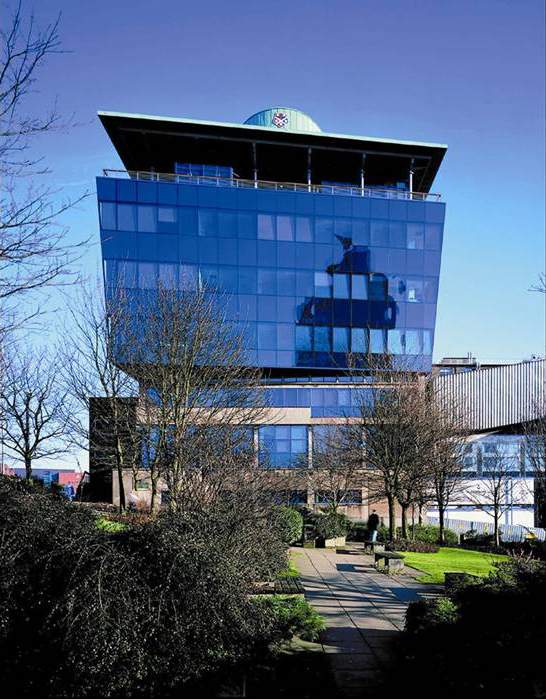 The standard idealised BigPharma paradigm for drug discovery is concisely expressed as ‘one target, one drug, one effect’. In other words, a single drug molecule acts at a specific biological target (typically a protein but also DNA like many anti-cancer drugs) and produces a discrete and beneficial biological response. A classic example of a successful drug discovery project begun in an academic laboratory was led by Ted Taylor from Princeton University in the U.S., whose work in the heterocyclic chemistry of pteridines I have known for many years, having contributed to the same field myself.

Ted and his team discovered the hugely important anticancer drug known as Alimta (pemetrexed). It was developed in partnership with Eli Lilly and successfully treats some types of lung cancer in combination with other chemotherapeutic drugs. Interestingly, pemetrexed actually has more than one biological target!

The financial outcome for Ted and Princeton was huge, providing sufficient resources to build a new chemistry department building. We’ve had our own successes too on a smaller scale, for example, in chemistry associated with the drug, leucovorin, which is also used in anti-cancer therapy and from which we raised sufficient money to fund new research including a new chair in medicinal chemistry.

The ‘one target, one drug, one effect’ is a clean and systematic way to drug discovery but is not the only way to think. One valid criticism of BigPharma is that it has industrialised thinking. So, we need new approaches, even quite the reverse of the standard paradigm. Indeed in the context of antibacterial and other anti-infective compounds, this is especially important because of the serious problem of antimicrobial resistance (AMR).

For example, in South Africa, it has been argued that we are back to 19th-century medicine because of the lack of effective drugs to treat tuberculosis (TB). There are many ways in which bacteria and other pathogens become resistant to drugs, for example, they can evolve to modify the biological target so that the drug no longer binds, thereby losing the beneficial effect.

It would be a good idea, therefore, if the drug had more than one target so that it would still work even if one target were resistant and lost. A beautiful recent example of this was published by the Boger group, from the Scripps Research Institute in California, a non-industrial laboratory. Boger’s team synthesised a derivative of the ‘last resort’ drug, vancomycin, that targeted three mechanisms of resistance. It’s not yet in the commercial realm but experiments showed that resistance simply could not be induced. Our approach is different chemically and biologically but has similar consequences. Indeed avoiding the development of resistance has been at the heart of the Strathclyde minor groove binders (S-MGB) project from the beginning.

Our anti-infectives programme has DNA as its molecular target; formally this is a single molecule biological target but in practice contains hundreds of sites on which a drug molecule can touch down. In this way, it is equivalent to a collection of targets all held together in a strand. The key challenge for a successful anti-infective drug is selectivity; we want to kill the pathogen, not the patient.

Since patients like us also have DNA, we have to ensure selectivity for the pathogen, which can be done. In the anti-infective therapeutic field where the evolution of resistance to drugs is critical to their long-term effectiveness and more broadly to public health, a drug molecule that touches down on many sites of an infectious organism’s DNA is likely to be highly resilient to the evolution of resistance. It is a situation equivalent to one drug’s having many targets and many effects, analogous to the discoveries at Scripps.

The Scripps vancomycin derivative was shown to be resilient to the development of resistance. This is exactly what we have found too in our antibacterial compounds being developed by our partner company, MGB Biopharma, of which the most advanced is in a Phase 2 clinical trial for Clostridium difficile associated diarrhoea. We’ve not been able to generate resistance in one of our target pathogens, the bacterium Staphylococcus aureus, despite hundreds of consecutive challenges.

Moreover, we know from experiment that our drug causes many different biochemical effects when it kills S. aureus. So, we have a single drug, multiple targets (all on DNA, of course), and multiple effects, just what is needed to combat the ‘antibiotic apocalypse’. Other S-MGBs are moving ahead for the treatment of fungal and parasitic diseases and are showing similar resilience to the development of resistance.

Another important aspect of working in the university environment is that we also have a primary responsibility for education and training. Cutting edge research feeds into teaching. The Strathclyde collaborative PhD programme with Glaxo SmithKline, established by my colleague Professor Billy Kerr, has been highly beneficial to academic and industrial partner alike and is founded upon mutual respect for each other’s research and intellectual contributions.

To end this piece with a question and an anecdote: will modern studies of particle physics directly affect our daily lives? Perhaps they will and I think it’s good to know more about the fundamental properties of matter anyway. Simply understanding more subtle details about biology won’t on its own make something useful happen, although it can provide an opportunity. We need that key translational component, chemistry, the science that can create the objects in the form of new molecules that make the difference. What other science has room for discovery, creativity and applicability? As the former chancellor of the University of Strathclyde and Nobel Prize winner, Lord Todd put it at a meeting that I organised many years ago, ‘Chemistry is the Queen of Sciences. Get your chemistry right and everything else follows’. 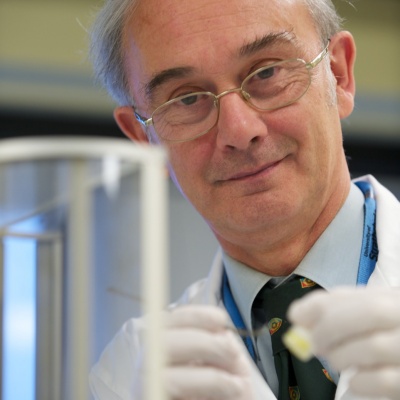