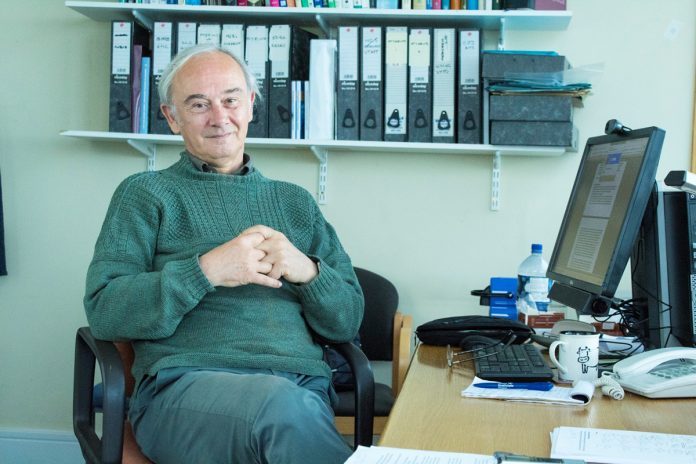 Prof Colin J Suckling OBE DSc FRSE, research professor of chemistry at the University of Strathclyde’s Department of Pure & Applied Chemistry shares his views on the challenge of commercialisation when it comes to research into medicinal chemistry

Over the past 20 years especially, there has been a cultural transformation in most British universities from a more or less collegiate academic organisation, to in differing degrees and overt commercial structure. Interest in the commercial exploitation of academic research has always been important to my university, the University of Strathclyde in Glasgow. Indeed, its founder, John Anderson in 1796 specified that it should be ‘a place of useful learning’ and ‘for the benefit of mankind’. Today, the University of Strathclyde can point to having formed over 50 spin-out companies, making annual sales of £80 million and continues efforts to expand its impact through business development of its research output.

In connection with my own research in medicinal chemistry, I have been engaged in commercialisation activities since the mid-1980s. The royalties from these commercial activities have funded new academic posts and facilities and also made possible further research supporting our partner companies and developing new opportunities. In this way, a virtuous cycle has been completed coupling curiosity-driven research with genuinely potential commercial outcomes.

An inevitable question then arises as to how best to couple the traditional role of academic research with wealth creation, supported significantly by public funding of the British universities. Last year, I published an e-book entitled ‘Blue sky research, is it worth it?’ which attracted some attention in the business community. This short e-book demonstrated how much of my own research in medicinal chemistry, depended upon major discoveries in chemistry, physics, and biology as exemplified by Nobel Prize winners of the last 50 years. Simply put, if it had not been for these blue skies discoveries and many others that were not recognised in this way, I could not do what I do now. That said, in tune with John Anderson’s requirements, I have always had an interest in the commercialisation of research as a scientist and an academic manager.

The cultural transformation in universities notwithstanding the challenge for academic science remains to generate new knowledge in such a way that there is a clear track for translation into the commercial domain. For my own field of medicinal chemistry, there is a happy combination of research philosophy, experimental work and potential commercial outcomes through the contiguous scientific field known as chemical biology.

Chemical biology is defined in Wikipedia as chemistry applied to biology and in doing so, allows scientists to understand better how biological systems work, in particular, in their interactions with small molecules that are typical of drugs. So, a programme of research involving blue sky chemical biology with commercialisable medicinal chemistry matches the modern requirements for research strategy beautifully. Not only does this approach make new things possible, it also makes them understandable, both of which are important. The remaining component of research strategy is to select projects that at the start would not be attractive to industry perhaps because of the novelty of approach or the perceived risk. The latter will be mitigated as the research progresses through the research outcomes. In my own recent work, two projects stand out as examples of this approach.

Antimicrobial resistance (AMR) is a global problem. In the more affluent countries, most people think of it in terms of bacteria, colloquially called superbugs. The scope of AMR is much wider, however. Drug-resistant fungi are widespread and parasitic diseases, including malaria, still present serious risks to human health in tropical and subtropical regions. Moreover, animal health is challenged especially in sub-Saharan Africa and South America by trypanosomes, the parasites that cause sleeping sickness.

Our programme, using minor groove binders for DNA as drugs, was conceived to have a wide impact because the mechanism of action allows us to target all of the above infectious agents. Indeed, we have discovered different compounds with commercialisable activity against all of them. And there lies one of the commercialisation challenges. Because each indication relates essentially to a different market, we require different commercial partners to develop each active compound. We’re doing the best we can to deal with the commercial reality and the most advanced compound, an antibacterial drug, has reached a phase 2 clinical trial through the efforts of our partner company, MGB Biopharma.

Turning to the second field, it is normal in the pharmaceutical industry to identify single compounds for the treatment of single diseases through a well-defined biological mechanism. Scientifically, this is an entirely valid and rigorous approach that lends itself to quantitative evaluation for commercial decisions. Because it is so tightly drawn, however, this approach risks missing real opportunities.

Our work in discovering new immunomodulatory compounds is an example of a project that has a different trajectory from the industry norm. We designed some small molecules based upon the properties of a protein secreted by a rodent parasite and came up with a group of compounds able to treat diseases such as asthma, rheumatoid arthritis, lupus, and lung fibrosis, all of which have been demonstrated in animal models of each disease.

But having such effective compounds sets up a commercialisation conundrum; this situation is not at all normal. What disease are we to treat? How do these potential drugs work? Well, chemical biology has come to the rescue with respect to the second question and through a collaboration with scientists at the U.S. Army Research Laboratory (ARL), we now have some good ideas about a mechanism of action. The question of diseases to treat, however, is not simply scientific; it requires consideration of unmet need, potential competition, and the marketplace. We’re discussing these things now with interested companies.

In the end, commercialisation is not in the scientist’s hands; others take over the lead and the decision making. Nevertheless, I am convinced that the partnership of medicinal chemistry and chemical biology is the best way for an academic chemistry laboratory to make a strong contribution to human and animal health. Not only does it generate new knowledge and opportunity, but it also starts the translation into drugs ‘for the benefit of mankind’, as the founder of the University of Strathclyde put it.