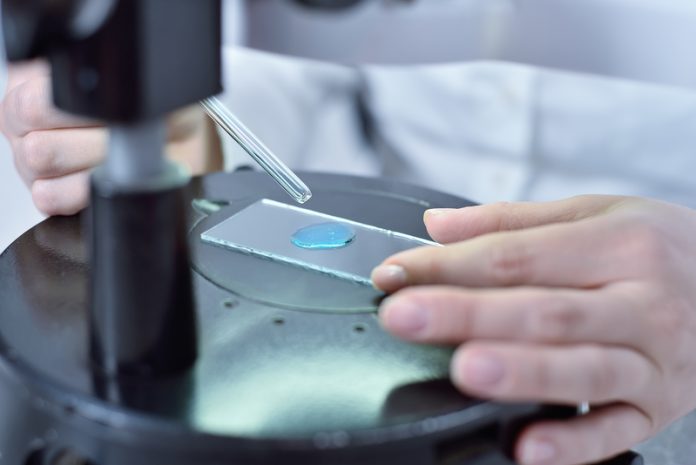 I was asked a little while ago by a member of the governing body of the University of Strathclyde what the significance of my current research is. He had some idea of my interests in medicinal chemistry and chemical biology, but clearly no real understanding of what was involved or indeed of the aims. Explaining my commitment to the discovery of new antibacterial and other anti-infective compounds raised some interest, but also the somewhat disheartening comment: “Surely big pharma does that”, whereupon I was drawn into a defence of the value of academic research in drug discovery. I tried to put over many points with examples and evaluations.

Since I was talking to a businessman, the first argument I raised was that when it pays off, it pays off big. Perhaps the best example of this in the last 15 years or so is Ted Taylor from Princeton University, whose work in the heterocyclic chemistry of pteridines I have known for many years, having contributed to the same field myself. Ted and his team discovered the hugely important anticancer drug known as Alimta (pemetrexed). It was developed in partnership with Eli Lilly and successfully treats some types of lung cancer, in combination with other chemotherapeutic drugs.

Interestingly, and significantly in terms of antibacterial therapy, pemetrexed has more than one biological target (see below). The financial outcome for Ted and Princeton was huge, providing sufficient resources to build a new chemistry department building. I went on to explain that we had raised a much smaller but nevertheless significant sum from the chemistry of leucovorin, a compound of the same chemical class as Ted’s pemetrexed, and it had contributed to the establishment of a new chair and had provided for direct reinvestment in my own research, notably in the field of DNA minor groove binders, which make up our portfolio of anti-infective compounds.

Happily, I had now raised sufficient interest in our member of Court to take the discussion forward and positively. It was interesting that whilst the ‘antibiotic apocalypse’ challenge was well enough understood the commercial challenges of developing and marketing a new drug under stringent antibiotic stewardship conditions of use were not. Some areas of anti-infective research such as malaria and TB treatments, do attract the interest of big pharma because of their global market importance and the serious current resistance to many available drugs. For example, in South Africa, it has been argued that we are back to 19th-century medicine, because of the lack of effective drugs to treat TB. But, as was once pointed out to me by a senior scientist in the former Wyeth company, despite its size and skill power, big pharma can’t do everything; it has to make choices, which naturally favour of those projects that seem to have the most financial comfort and confidence and market opportunity to them.

To go into this more fully I had to explain the standard ideal paradigm for drug discovery, which is concisely expressed as ‘one target, one drug, one effect’. In other words, a single drug molecule acts at a specific biological target (typically a protein but also DNA like many anti-cancer drugs) and produces a discrete and beneficial biological response. This summarises a clean and systematic way approach but is not the only way to think about new drugs. Indeed, quite the reverse can be argued in the context of antibacterial and other anti-infective compounds because of the serious problem of antimicrobial resistance (AMR), which of course is what is behind the antibiotic apocalypse of which TB mentioned above is an example.

There are many ways in which bacteria and other pathogens become resistant to drugs, for example, they can evolve to modify the biological target so that the drug no longer binds, thereby losing the beneficial effect. It would be a good idea, therefore, if the drug had more than one target so that it would still work even if one target were resistant and lost. A beautiful recent example of this was published earlier this year by the Boger group, from the Scripps Research Institute in California, a non-industrial laboratory. Boger’s team synthesized a derivative of the ‘last resort’ drug, vancomycin, that targeted three mechanisms of resistance (www.pnas.org/cgi/doi/10.1073/pnas.1704125114). It’s not yet in the commercial realm, but experiments showed that resistance simply could not be induced. Our approach is different chemically and biologically but has similar consequences. Indeed, avoiding the development of resistance has been at the heart of our minor groove binders (MGB) project from the beginning.

Our anti-infectives programme has DNA as its molecular target; formally this is a single biological target but in practice contains hundreds of sites on which a drug molecule can touch down. In this way, it is equivalent to a collection of targets all held together in a strand. The key challenge for a successful anti-infective drug is selectivity; we want to kill the pathogen, not the patient. Since patients like ourselves also have DNA we must ensure selectivity for the pathogen, which can be done.

In the anti-infective therapeutic field, where the evolution of resistance to drugs is critical to their long-term effectiveness and more broadly to public health, a drug molecule that touches down on many sites of an infectious organism’s DNA is likely to be highly resilient to the evolution of resistance. It is a situation equivalent to one drug’s having many targets and many effects, analogous to the discoveries at Scripps. The Scripps vancomycin derivative was shown to be resilient to the development of resistance. This is exactly what we have found too in our antibacterial compounds being developed by our partner company, MGB Biopharma (http://www.mgb-biopharma.com). We’ve not been able to generate resistance in one of our target pathogens, the bacterium Staphylococcus aureus, despite hundreds of consecutive challenges.

Moreover, we know from experiment that our drug causes many different biochemical effects when it kills S. aureus. So, we have single drug, multiple targets (all on DNA, of course), and multiple effects, just what is needed to combat the ‘antibiotic apocalypse’ (see The Antibacterial Drug MGB-BP3: from discovery to clinical trial. C. J. Suckling. Chemistry & Biology Interface, 2015, 5,166-174). It was now clear to my University colleague that this approach to anti-infective therapy was not typical of what would be done in industry. University research adds value and creates opportunity.

Working in the university environment, I then pointed out to our member of Court, that we also have a primary responsibility for education and training. In chemistry degrees there is clearly a component of training, but arguably more important is the range of skills that a good chemistry curriculum provides, analytical, conceptual, practical, mathematical, and many more. Add this to the range of knowledge and connections with other fields and the value of a chemistry degree stands out. Graduates with a good chemistry degree are valuable, versatile people. This is especially true in fields such as medicinal chemistry and chemical biology, which are intrinsically multidisciplinary, and this is essentially where that conversation ended.

I will end this piece with a question and an anecdote. Will modern studies of particle physics directly affect our daily lives? Perhaps they will and I think it’s good to know more about the fundamental properties of matter anyway. Simply understanding more subtle details about biology won’t on its own make something useful happen although it can make an opportunity. We need that key translational component, chemistry, the science that can create the objects in the form of new molecules that make the difference. What other science has room for discovery, creativity, and applicability? As the former chancellor of the University of Strathclyde and Nobel Prize winner, the Lord Todd put it at a meeting that I organised many years ago, ‘Chemistry is the Queen of Sciences. Get your chemistry right and everything else follows’.