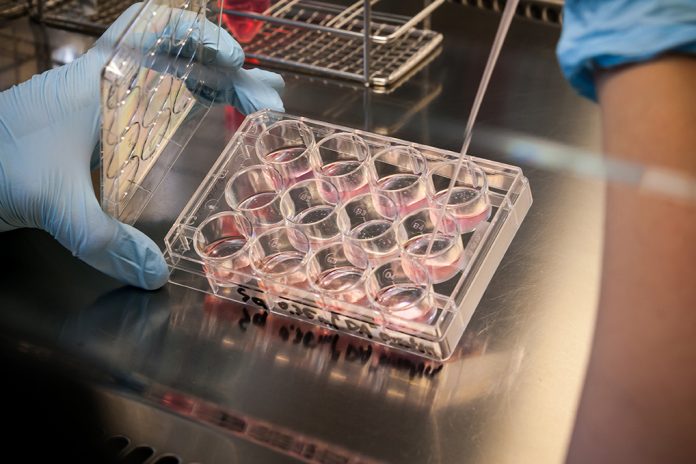 Molecular cell biology has changed the understanding of cancer. From a mysterious condition, with empirical and descriptive attributes, an explosion of knowledge occurred in the past 15 years concerning precise somatic acquired mutations linked to both solid and hematologic cancers. In certain cases, mutations are at the origin of the disease. In others, mutations contribute to the evolution of the malignant condition and are relevant for prognosis. The World Health Organization (WHO) has integrated molecular testing into the formal criteria of diagnosis. The identification of the precise mutational picture of every patient can significantly help therapeutic decisions, as targeted therapies are being developed and act specifically on cells carrying a particular mutant protein.

An example of the importance of mutation testing for medical practice is given by blood cancers called myeloproliferative neoplasms (MPNs). In these diseases, hematopoietic stem cells acquire mutations in essentially one of 3 genes, coding for JAK2, the receptor for thrombopoietin (TpoR/Mpl) or calreticulin (CALR). The mutated proteins tell precursors of blood cells to survive, grow and differentiate continuously. Detection of these “driver” mutations (responsible for main features of disease) at diagnosis begins to be reimbursed, but the problem is that their changes during disease (in dynamics) are usually not, and those are important for follow-up.

And the plot thickens. A substantial fraction of the patients with MPNs carry in their malignant clone other mutations that favour progression to severe conditions, like ultimately secondary acute leukaemia. Such mutations concern epigenetic regulators and are usually loss-of-function, which is the mutation that impairs the normal tumour suppressive effects of those proteins. Examples are mutations in TET2, EZH2, ASXL1, DNMT3a or mutations in the gene that guards our genome against lesions, p53. The presence of several such mutants along with a driver mutation is usually a sign of a more severe disease that needs rapid intervention. Yet, mutations in those genes are not routinely tested and are examined only too late after progression to leukaemia. This again comes from reimbursement policies.

The molecular progress was even more effective for chronic myeloid leukaemia (CML) associated with the BCR-ABL fusion product. A series of molecules developed in the past 17 years targeting ABL kinase almost cures the patients and allows survival comparable to the normal population. Such molecules also are active against other cancers, which are triggered by mutated proteins, also sensitive to the same molecules.

The principles detailed above on MPNs and CML could be similar to many other conditions, cancers, autoimmune and degenerative diseases, for which deep molecular understanding is emerging. To give a few more examples, mutational testing is becoming routine for lung, colon, breast and prostate cancer, lymphoid and myeloid leukaemia, glioblastoma and several other cancers. Frequently tested mutations like BRAF V600E, N- and K-RAS gene mutations, ALK and EGFR mutations, mutations in TET2, IDH1/2 are just a few examples. Genetics is beginning to identify more and more predisposing mutations for several diseases. Next generation sequencing of peripheral blood DNA from pregnant women allows not only the discovery of fetal anomalies in chromosomes 21, 18, 13 and others but can also reveal characteristics of the maternal DNA. These can concern the fetus or identify diseases such as undetected tumours. Genome-wide non-invasive detection of genomic alterations both in the fetus and mother is an area of major potential.

Besides targeted therapies, there is another area of enormous potential for cancer treatment, the area of immunotherapy. In this area, discoveries spanning the past 60 years have now blossomed into incredibly positive clinical results in cancer. It turns out that our immune system can recognise tumour cells because such cells express either mutated proteins (their genome makes mistakes) or proteins that are not normally expressed in adults, as they are expressed only in the embryonic life. Discoveries in this area are changing the treatment of several cancers, for example, melanoma. The success of immunotherapy appears to hinge on the capacity of tumours to generate mutations. These can be different from patient to patient, and expression of certain genes might predict response. So, for immunotherapy to work and develop, we would need massive mutational and gene expression testing of tumours. Are we ready for this?

Every country in the EU has its own mechanisms of deciding which molecular/genetics test is reimbursed and how frequently. An incredible heterogeneity in the rules of reimbursement exists in the EU, which negatively influence both patient care and scientific progress, as untested patients will not be included in clinical studies. The situation is even more complex for former communist Eastern European countries that have financial difficulties. An exception is the Czech Republic where there is an impetus to both reimburse molecular testing and support research efforts to develop in-house validated molecular tests. At the opposite end, Romania begins to use an unconventional system whereby pharmaceutical companies are asked to support molecular testing that directly relates to drugs they commercialise. This system can lead to an enormous conflict of interest as pharmaceutical companies cannot substitute themselves to hospitals and medical professional bodies, and will certainly not invest in resistance mechanisms and testing for scientific purposes.

In conclusion, progress made on targeted therapies and on immunotherapies hinge in the future on the capacity to obtain mutational and gene expression information, and ultimately whole genome sequence on a patient per patient basis. Results must be generated rather fast, as patients with acute conditions cannot wait for complicated bioinformatics to unfold, so standardisation must follow. All this appears very costly at the moment. However, broad application of immunotherapy would dramatically lower costs because immunotherapy leads to long-lasting effects, like vaccines against infectious diseases, with immunological memory that would not require repetitive administration.

The question then is, how we re-think reimbursement policies and how can we get to a more uniform system in Europe? This reflection, I would say, is urgent.