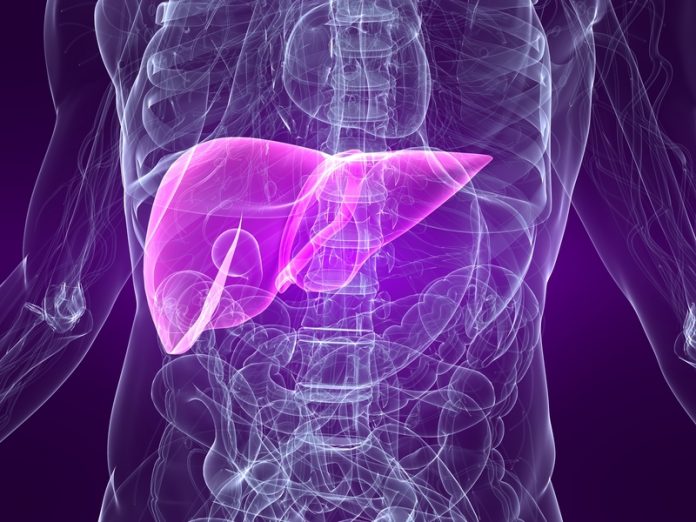 Alterations in lifestyles over the last decades, including high caloric diets combined with sedentarism, have increased the worldwide incidence of overweight and metabolic syndrome, characterised by abdominal obesity, insulin resistance and type 2 diabetes, as well as hypertonia and dyslipidaemia. This trend is not only observed in countries such as the US and Europe, but also developing countries. It is believed that approximately 90 million Americans and 40 million Europeans suffer from fatty liver disease.

We know that overweight and metabolic syndrome can lead to several diseases, including coronary heart disease and type 2 diabetes, as well as cancer (e.g. liver cancer, colorectal cancer). This is also underlined by the statement from Vytenis Andriukaitis, EU Commissioner for Health and Food Safety, that prevention and information on how individuals can lower the risk of cancer triggered by lifestyle choices should be intensified and focused on in the future.

Epidemiological data clearly indicate that overweight and metabolic syndrome are reaching pandemic dimensions in industrialised countries. In the past 15 years, the rate of obesity has doubled in adults and tripled in children in the USA. A similar trend has also been observed in Europe, and this trend will accelerate and steepen.

The liver – which is the most important metabolic organ – is strongly affected by a chronic state of overweight and metabolic syndrome.

A range of associated health problems

Non-alcoholic fatty liver disease (NAFLD), which is the most frequent liver disease worldwide, is a clinical manifestation of overweight and metabolic syndrome. NAFLD is a chronic disease that can last several decades, characterised by predominant macrovascular steatosis of the liver. Although the prevalence of NAFLD is increasing globally, epidemiology and demographic characteristics of NAFLD vary worldwide.

A significant number of NAFLD patients develop non-alcoholic steatohepatitis (NASH), fibrosis and, consequently, hepatocellular carcinoma (HCC). HCC cannot currently be treated, it is the second most common cause of cancer-related death in humans and it is one of the few cancers that strongly rise in percentage.

It is becoming increasingly clear that a number of pathways are involved in the pathogenesis of NASH, and its progression to the advanced stages of liver disease. These pathways may be diverse in different cohorts of patients with NASH. Understanding which pathways play a role in the development of NASH will be critical before launching treatment modalities.

In recent years, obesity leading to metabolic syndrome, steatosis and steatohepatitis has attracted increased attention due to an increased HCC incidence in the USA and Europe. The most common etiology for HCC in industrialised countries has recently switched from chronic viral infections (e.g. hepatitis B and hepatitis C virus) to obesity, making HCC the most rapidly increasing type of cancer in the US, with a similar trend observed in Europe. Today, we lack a detailed understanding of how chronic steatosis develops into NASH and what factors control its transition from NASH to HCC. At the same time no therapeutics exist to efficiently treat NASH, while treatment options for late stage HCC are limited and can only prolong the lifespan of patients from 3 to 6 months.

In laboratory mice, NASH can be induced by several different diets such as methionine/choline-deficient diet (MCD) or choline-deficient diet (CD) but not by high-fat (HFD) alone. However, C57BL/6 mice fed with MCD or CD do not develop obesity or metabolic syndrome and the diet has to be discontinued after a few months due to weight loss (up to 40%) or occasional cachexia. Thus, these approaches do not recapitulate NASH and its consequences (e.g. transition to HCC) in humans and appropriate mouse models for genetically and mechanistically dissecting NAFLD-induced NASH and NASH-triggered HCC development have thus far been lacking.

Choline deficiency is the key

Deficiency in the essential nutrient choline is described in NAFLD patients as exacerbating NAFLD and NASH. Moreover, humans with inadequate choline uptake were shown to have defects in hepatic lipoprotein secretion, oxidative damage caused by mitochondrial dysfunction and ER stress.

Based on the clinical observations of choline deficiency to exacerbate NAFLD and NASH patients, we have recently combined choline deficiency with a high fat diet (CD-HFD) as a chronic diet for laboratory mice, which may lead to metabolic syndrome, steatosis, liver damage and NASH, thus delivering the “second hit” that promotes dietary-induced liver carcinogenesis – similar to the human situation. This approach enabled us to establish a chronic mouse model of NASH and metabolic syndrome, triggering subsequent HCC in a wild-type C57BL/6 mouse, in the absence of chemical carcinogens or genetic mutations predisposing to NASH or HCC development.

CD-HFD treated mice display obesity, overweight, insulin resistance, liver damage, fibrosis, hepatic mitochondrial damage, dyslipidemia and NASH as observed in human patients. HCC developed 12 months post CD-HFD start and histologically, genetically and morphologically resembled human HCC. Interestingly, by using this model we could investigate the cellular and molecular mechanisms that drive NASH, as well as NASH to HCC transition. Results of our work show that adaptive immune cells (e.g. cytotoxic T-cells as well as Natural Killer T cells) greatly contribute to the diet-induced liver pathology and affect the degree of liver damage, as well as the degree of lipid uptake in hepatocytes, thus priming the liver to develop from a fatty liver to one with NASH pathology. Moreover, we could show that some of those immune cells expressed and secreted several inflammatory cytokines that appeared to be the underlying effector molecules to drive pathology. We also found similar cytokines expressed in the livers of NASH patients as we had found in our mouse model to be causally linked to NASH and HCC disease development.

Changing the way we live

We thus believe that our mouse model recapitulates several pathophysiological aspects of human NASH and provides a model to the study of development of NASH as well as, NASH to HCC transition. In the future the link between activated T-cells in the liver and their crosstalk to hepatocytes could give us important insights in how we can generate novel therapeutics for treating NASH, as well as NASH induced HCC, in industrialised countries.

The foreseeable development of NASH into a pandemic disease in Europe will further force health authorities to act. To some extent first measures have been taken but the wave of cases that is expected to come will not be prevented with the current political initiatives, or current attempts to support education and research. It will need strong political efforts to change our thinking about living, about nutrition, and about preventive measures people can take to lead a more healthy life. Moreover, research has to be strongly supported to find – besides a European wide political strategy of prevention – therapeutic measures to prevent, to diagnose early, and to treat NASH as well as liver cancer.

It is important to note that today more than 90% of all patients who die of cancer do so because of metastasising cancers and not because of the primary tumours. This is why I believe that, besides working on educating people on how to reduce the risk of lifestyle triggered cancers, a lot of effort has to be taken to pre-screen, diagnose and treat metastatic cancer patients. The clock is ticking and it is important that European political decision makers do not wait until the problem is more evident than it already is.

Department of Chronic Inflammation and Cancer