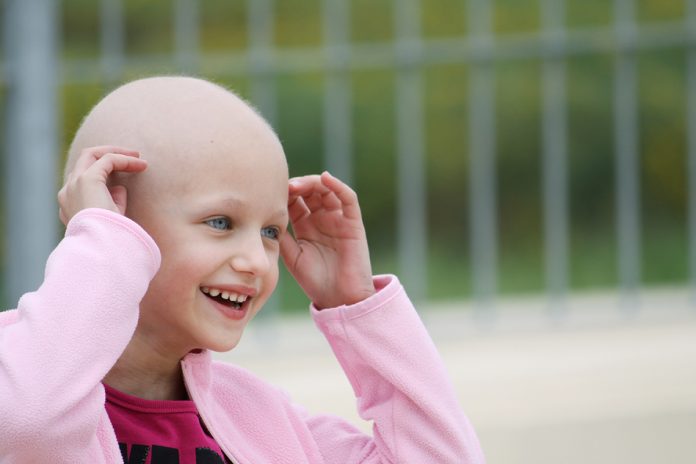 Most paediatric malignancies develop and behave in ways that differ from those of adult cancers, largely due to genetic and epigenetic differences. In contrast to the majority of adult cancers, which develop years or even decades following the transformation of a single cell, paediatric cancers, particularly those that occur in the first few years following birth, emerge far more rapidly. Genetic analyses have shown that whereas most adult cancers accumulate numerous genetic mutations, paediatric cancers are for the most part genetically “quiescent”, meaning that they harbour few and sometimes only single mutations. Many mutations can contribute to adult cancer growth and different mutations may drive progression of any given cancer at different stages of its evolution. It may, therefore, be difficult to determine which mutation(s) is/are driving an adult cancer at the time of diagnosis. In contrast, mutations responsible for paediatric cancer development are easier to identify, which facilitates exploring the pathogenesis of these tumours and obtaining clues as to potential therapeutic targets and options.

Although genetic mutations have long been thought to play the key role in the pathogenesis of cancer, it is becoming increasingly clear that in many malignancies, posttranslational and epigenetic modifications may play an equally important role, sometimes even dominating that of the genetic mutations. “Epigenetics” was originally coined to describe heritable changes in a cellular phenotype that was not due to alterations in DNA sequence. It is most commonly used to describe chromatin-based events that regulate DNA-templated processes such as gene expression. Chemical modifications, such as methylation, of DNA within gene promoters and of histones (acetylation and methylation), which are proteins intimately associated with DNA provide mechanisms that control gene expression. Histone modifications determine whether DNA segments assume a compact or relaxed structure. Activating histone marks are associated with relaxed DNA that is accessible to transcription factors, allowing the expression of genes within the corresponding DNA segments. Repressive histone marks induce DNA compaction rendering it inaccessible to the transcriptional machinery and resulting in the silencing of genes located in the corresponding DNA segments. As the genes in question may control cell division, growth and survival, regulation of their expression by epigenetic modifications may be a key determinant of cancer development, behaviour and response to treatment.

Increasing evidence suggests that epigenetic changes play a critical role in the development of paediatric cancers. Many solid paediatric malignancies, particularly of bone and soft tissues, known as sarcomas, arise as a result of unique reciprocal chromosomal translocations that give rise to fusion genes, which encode fusion proteins found only in the cancer cells. These fusion proteins provide a diagnostic signature for these particular types of cancer, and, more importantly, are responsible for their pathogenesis. In the majority of cases, the fusion proteins behave as aberrant transcription factors or transcriptional regulators. They alter the gene expression repertoire of the cells, augmenting the expression of genes that promote cell survival and growth and silencing those that induce differentiation and quiescence. To execute their functions, these aberrant transcription factors may form complexes with chromatin-modifying enzymes and instruct them to reconfigure DNA structure, opening domains that in normal cells remain compact and therefore inaccessible to transcription, while condensing domains that are open in normal differentiated cells. Chromatin modification may thus contribute to critical changes in the gene expression profile of the cells, rendering them more susceptible to uncontrolled division, inhibiting their differentiation and maintaining them in an undifferentiated, pluripotent, state, which resembles that of stem cells. Aberrant transcription factor-driven chromatin modification may, therefore, recapitulate a developmental state and establish a cellular hierarchy within a tumour, which mimics that of normal developing tissues, albeit in an aberrant fashion.

Whereas the presence of the aberrant fusion proteins can provide clues as to the mechanisms underlying the development of the corresponding tumours, understanding paediatric tumour development also requires identification of the cells form which these tumours originate. Most normal cells are resistant to transformation. If a mutation that activates an oncogene, occurs in a differentiated cell, the cell undergoes what is referred to as oncogenic stress, which induces genes that cause the cells to stop proliferating and guide them toward a state of permanent growth arrest known as senescence. Senescence thus constitutes a powerful tumour suppressive mechanism and a safeguard against transformation. However, some cells, particularly stem cells, are constantly engaged in the cell cycle, which requires suppression of some of the key growth inhibitory genes. These cells thereby already display some of the properties that transformed cells recapitulate. Various types of stem cells, from embryonic stem cells to more lineage-committed variants, are more susceptible to transformation than differentiated cells and may constitute the origin of a variety of cancer types. Although transformation can occur in a differentiated cell, it requires reprogramming that many potentially oncogenic events may not be able to fulfil. A specific oncogenic event would first need to alter the chromatin structure, reprogramming the cell to acquire stem cell features, including the suppression of growth inhibitory genes, to provide permissiveness for transformation. In contrast, an oncogenic event that occurs in a stem cell does not need to induce reprogramming as permissiveness for transformation may be a by -product of the pluripotency with which the cell is endowed.

Our quest is to understand the mechanisms that underlie paediatric cancer formation and to identify those that may be targetable for a therapeutic stand point. We are focusing on paediatric sarcomas whose pathogenesis is driven by unique fusion proteins described above. We have identified a particular population of committed stem cells, known as mesenchymal stem cells, which give rise to fatty tissue, bone, cartilage and other connective tissues, as the most likely cells of origin of several sarcomas. We have begun to understand how the fusion proteins associated with defined paediatric sarcomas transform these particular cells and unravel the mechanisms whereby they drive tumour development and progression. Because they are unstructured proteins, the aberrant transcription factors that underlie sarcoma pathogenesis cannot be readily neutralised by specific drugs. It is therefore essential to identify the downstream events that they initiate, which could be amenable to drug targeting. To that end, we have identified some of the key post-translational and epigenetic mechanisms induced by the fusion proteins that underlie transformation and tumour progression and are now exploring approaches to target these particular mechanisms and develop new and effective ways to treat these tumours.