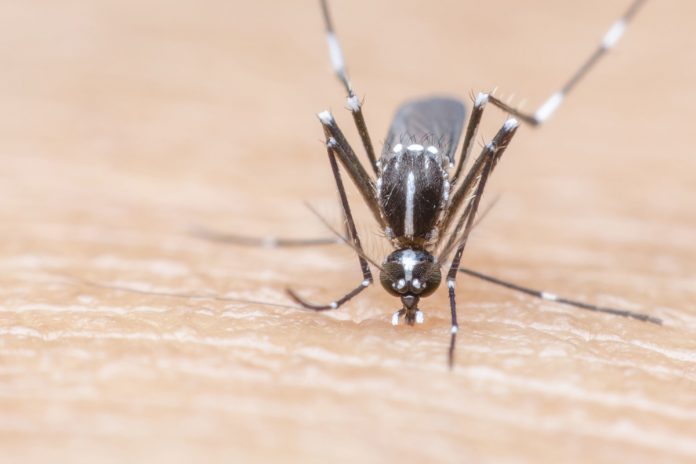 Recent news has come to light about malaria drug resistance. From the Thailand/Cambodia/Vietnam region comes the report that a particularly worrisome strain of Plasmodium falciparum malaria has moved into Vietnam from the Pailin region in Western Cambodia (Imwong M, Hien TT, Thuy-Nhien NT, Dondorp AM, White NJ. Spread of a single multidrug-resistant malaria parasite lineage (PfPailin) in Vietnam. The Lancet Infectious Diseases. 2017 Oct;17(10):1022–3).

A New York Times editorial by Christopher Plowe provides an intelligent perspective on this report (Plowe C. Taking the Battle Against Malaria to the Mekong – The New York Times. New York Times. 2017 Sep 26;1–5). This PfPailin, and its related strains, have the dominant “C580Y” mutation in the PfKelch gene of the malaria parasite that we now know to leads to resistance to artemisinin drugs, which have become the cornerstone of current (and now the best) combination therapies (artemisinin-based combination therapeutic drugs are known as ACTs) for malaria across the globe. This particular PfPailin-lineage is particularly worrying because it also harbours resistance to the artemisinin-partner drug, piperaquine, which has been used extensively in this region as dihydroartemisinin-piperaquine.

More sophisticated ways of implementing the use of even combination therapies in the field can be envisioned (Nguyen TD, Olliaro P, Dondorp AM, Baird JK, Lam HM, Farrar J, et al. Optimum population-level use of artemisinin combination therapies: a modelling study. The Lancet Global Health. 2015 Dec; 3 (12): e758–66), but may not be easy to implement from policy and implementation perspectives.

Others have even suggested using ‘triple-combinations’ of an artemisinin drug with two ‘partner drugs’, to protect the artemisinin drug against the evolution of even more resistance. But the problem here is that most of the proposed ‘partner drugs’ have already been in use, had so malaria has developed resistance against them. So, these ‘triple’ drugs may work for a while, but their long-term use may be doubtful. There are also potential side effects from each of the drugs, and these may be cumulative (although reports so far are hopeful in at least some cases).

So, what to do about the migration of artemisinin-resistant malaria parasites? In his New York Times editorial cited above, Christopher Plowe suggests that the endgame must be to eliminate the parasites from the Mekong region. Indeed, this must be the strategy for the long-term elimination from each region – then (total) eradication of malaria from humans. Any other strategy will ultimately become a strategy of losing one drug, then another, as the parasites evolve resistance over and over.

Drug resistance is a problem for humans as we treat ourselves against all sorts of infectious diseases – not just malaria – as we have been doing on a large-scale for well over half a century. We are facing these challenges in the cases of bacterial infections such as MRSA (methicillin-resistant Staphylococcus aureus), and extensively drug-resistant Mycobacterium tuberculosis (XDR-TB). Carbapenem-resistant Enterobacteriaceae (CRE) are extremely concerning a class of drug-resistant bacteria.

For reasons that we probably still don’t fully understand, the Mekong region is a place where drug resistance in malaria has happened multiple times. It happened with chloroquine and then moved across Asia into Africa – leading to tragic consequences over the last few decades. It is now happening again with the artemisinin-based combination therapeutic drugs (ACTs). If we just try to contain malaria, it will happen to us. Will we have the resolve to take charge of the situation?

The answer to that question will become evident, but probably not for a few years. As with all facets of global health, the scope is large, the investment will need to be substantial, but most of all, the commitment will need to be unrelenting without significant interruptions, and maintained across national boundaries. Failure is as close as the border of India.

Once the parasites breach that border, it is not difficult to envision their movement quicklythrough India and then across into Africa. That would change the situation badly against us. These commitments will need to be sustained irrespective of who is in power in those countries touched by the parasites directly, as well as by the rest of us who will surely continue to need to help finance and maintain the efforts. This won’t end in the Mekong region, but the Mekong region cannot be neglected.

This is a time of conflicting views regarding malaria. Some people see the great progress that we have made. This is true: Perhaps one-fourth of the deaths occur per-year as they did fifteen years ago. Still, we need to keep the pressure on this disease, from research to implementation, or the disease will come back. That is the way parasites are; parasites grow quickly and they evolve.