Dr Alistair Davidson, Director, Consortium for Battery Innovation, describes accelerating innovation when it comes to the use of lead batteries in the future

Batteries have long been critical for the everyday running of societies around the world. For the movement of people via transportation, for the operation of critical infrastructures such as data and telecommunications centres and hospitals, for the global movement of goods in logistics centres and the storage of renewable energy.

As one of the stalwart battery technologies, lead batteries have enjoyed a position whereby innovation in the technology was not a necessity but instead happened progressively over its 150-year history. But innovation has become essential for all technologies of today.

The world needs batteries and lots of them, spanning all of the different chemistries. And the lead battery is accelerating its innovation journey to meet increasing demand predicted across all global markets.

Leading market analysts, Avicenne Energy, have predicted the global lead battery market, which encompasses the automotive, industrial, energy storage, UPS and motive power sectors, will grow by 61,000 MWh between 2025 and 2031.

This huge growth is being driven by the critical role lead batteries play for societies across the globe looking to achieve decarbonisation and electrification targets.

We have seen these initiatives at the forefront of policy-making in different regions. The EU Green Deal is building on Europe’s commitment to be climate neutral by 2050. The newly announced Energy Storage Grand Challenge in the U.S. is setting out the strategic aims for energy storage to become a central pillar in the nation’s clean energy future.

And at the centre of these initiatives are batteries. With nods to sustainable batteries by Europe’s President Von der Leyen and U.S. President Joe Biden, lead batteries are ready to grasp the opportunities ahead.

Key to the electrification of the transport sector, lead batteries have already ushered in start-stop technology, which facilitates vehicles with lower carbon emissions and higher fuel efficiency. As we move up the hybridisation scale, from micro and mild-hybrids to fully electric vehicles, lead batteries continue their critical role in a number of ways depending on the application: seamless restart, regenerative braking or powering onboard electronics and safety functions as an auxiliary battery.

In pioneering research projects in Europe and the United States, lead battery technology is being rolled out to supply back-up power at electric vehicle charging stations, providing an added level of support for the growing EV market.

At the Consortium for Battery Innovation (CBI), we’ve recognised the market drivers for the automotive sector and in collaboration with our global membership, we’ve put lead batteries on the path to innovate specifically to meet evolving automotive technical requirements. The highest priority goal has been to improve dynamic charge acceptance (DCA) – the ability of a battery to store energy from braking, which is a key technical parameter for hybrid vehicles and a major part of what makes today’s hybrids more fuel and emissions efficient.

Representing more than 90% of market demand in both the UPS and motive power industries, lead batteries ensure the warehouses of the world run smoothly whilst simultaneously providing reliable back-up power for critical infrastructures such as hospitals, telecommunications hubs and data centres.

We’re all aware of the buzz words energy storage. This sector has grown enormously across the globe to enhance the reliability of electricity generation, often pairing with renewable sources to facilitate the move to clean energy. With a predicted growth to 20,000 MWh by 2025 for global battery storage, demand continues to accelerate.

The future of energy storage

The tremendous growth in demand for energy storage means all technologies are required. There is not a ‘one size fits all’ battery. And there isn’t one battery that can supply all of the demand. This is where governments are being called upon to recognise the critical role all batteries will play for the future of energy storage. And lead batteries have a clear path of innovation that will ensure they remain a central part of delivering the clean energy agendas of administrations around the world.

2021 is an exciting year for CBI and the wider lead battery industry. Research is our central pillar of work that drives everything we do, and this year’s research is conducted under the banner of energy storage. Enhancing cycle life, one of the most significant technical parameters for utility and renewable energy providers, is our highest priority goal for this area and through our research, we’re delivering the next generation of high-performing, reliable, longer-lasting lead batteries.

26th January 2021 marks an important milestone for the European Battery Alliance when the European Commission authorised a second Important Project of Common European Interest (IPCEI) in the field of batteries – a crucial technology for Europe’s transition to climate neutrality. This huge undertaking involves 12 Member States and funds up to €2.9 billion to support 46 projects by 42 companies, which in turn, generates three times as much in private investment.

As such, Europe raises its game in ground-breaking research and innovation, in the view of European Commission Vice-President Maroš Šefčovič. “This pan-European project will help revolutionize the battery market by focusing on beyond-state-of-the-art lithium-ion batteries as well as on next-generation post-lithium-ion battery technologies,” he adds.

Overall, Europe cements its position as “a global hotspot for battery investment,” Šefčovič says. The European battery sector is not only defying the negative trends in Europe’s economies, but by 2025, Šefčovič says that Europe “should be manufacturing enough battery cells each year to power at least six million electric cars”. In conclusion, the IPCEI enables the public and private sectors across the EU Member States to come together “to design cross- border projects centred around ambitious innovation, triggering positive spill-over effects across regions and sectors,” Šefčovič tells us.

The above fact box was compiled by the Editor of Open Access Government. https://ec.europa.eu/commission/presscorner/detail/en/SPEECH_21_228 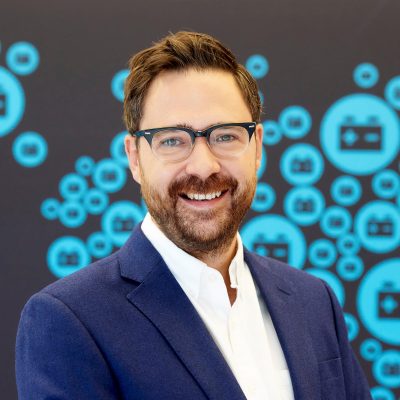