James O’Brien, Product Group Director, MIVOLT, discusses how electric vehicle batteries can be given a better second life through recycling

Will electric vehicles (EVs) really end our dependence on the combustion engine – and help save our planet in the process? Automakers are certainly eyeing up the potential of the EV market, but industry needs to tackle the impending mountain of waste ahead.

Traditional car OEMs are changing their strategy. Volkswagen switched its focus to EVs with the goal of overtaking Tesla as market leader by 2025. BMW, which passed the 100,000 plug-in vehicle milestone in 2017, intends to launch 25 different EV models by 2025. Meanwhile, General Motors is expanding its portfolio with the aim of selling 1 million EV units by 2026. The list goes on, and on, and on.

Assessing the market, analysts at McKinsey found that 350 new EV models were in the pipeline as of 2018. They forecast global EV production could grow substantially, up to 18 million units by 2025 and 36 million in 2030 – a trajectory so fast that McKinsey nicknamed it the new space race.

However, there are plenty of variables throwing up barriers and opportunities at every turn. Government intervention in the industry is the obvious one, with various administrations, including China and more recently the UK, announcing policies and goals with various degrees of depth, detail and ambition.

The availability of EV charging and servicing infrastructure is another, as are consumer preferences. But one of the most critical factors is battery price and availability, especially as the transport sector will be competing with everything from industrial and utility sectors to consumer electronics for the same resources.

In the global enthusiasm for EVs, it is easy to overlook the fact that the commodities needed to make rechargeable batteries – lithium, cobalt and to some extent, nickel – are subject to the simple economics of supply and demand, with recent price spikes already raising concerns about long-term supply.

A raft of expansion announcements for lithium mining in Latin America, Australia, and China suggest that capacity is there to meet immediate demand, although these metals, too, are a finite resource that most experts reckon is insufficient to meet long-term battery-driven demand.

If EVs are to be a truly viable alternative, battery lifecycles, and those of their component commodities are critical – making the recycling and re-using of batteries an essential part of any EV strategy.

The commodities themselves have different fortunes: in 2017, it was suggested that approximately 15 kilotons of cobalt were recovered through recycling. But almost no lithium was. The University of Birmingham suggests that without urgent action, the one million electric vehicles sold globally in 2017 could create 250,000 tonnes of unprocessed pack waste when the cars reach the end of their lives.

We have just five to ten years before we see significant retirement of the first generation of EVs. The recycling of batteries is an intensive process that has yet to find a standardised procedure – although several prototypes are being developed. Yet, while technologies to recycle emerge, reuse will be the industry focus. It is estimated that after active life in an electric vehicle, a used battery can retain between 60 and 80 percent of its initial capacity, making it a more than acceptable proposition for secondary applications in other forms of energy storage.

But that’s not the end of the story. Whether reuse is feasible or not very much depends on how the battery was installed in the first place. The current, most widely used method is water-and-glycol-based cold-plate cooling. This requires the cold plates to be attached to each of the battery cells using glue or heat-transfer fluid. At the end of the car’s life, returning that battery to its constituent cell is a very difficult and messy undertaking and the battery is not always recovered in the best of conditions.

The alternative is to use an immersion cooling system. The battery is stored in a low-viscosity, dielectric cooling fluid so that it can simply be lifted out in the same condition as when it was first installed – without damaging the battery housing, and without being smothered in hard-to-remove glue or heat-transfer paste. Just from a mechanical point of view, the cooling system selected can make a big difference in the potential future life of the car’s battery.

What’s more, immersion cooling can extend the electrical capacity of the battery. High temperatures are the most prominent cause of electrical decline in batteries, and in vehicles where temperature ramps up rapidly and frequently, especially during ultra-fast charging, effective cooling can mitigate some of that impact.

That makes second-hand EV batteries suitable for a wider range of secondary, albeit less-intensive, applications. For example, most immersion-cooled EV batteries will still have the necessary chemical capacity to be used by utilities, for energy storage in smart, distributed grids. That, in turn, addresses one of the major challenges around integrating greater volumes of intermittent power sources such as wind and solar.

The dream of EVs is that they will contribute to a cleaner planet by de-carbonising one of its major polluters. So, to drive mass-adoption of EVs only to dramatically increase the environmental damage caused by metal mining and waste batteries would be an ironic tragedy. Simply rethinking one component part – the battery cooling system – can ensure that domestic transport at least doesn’t simply swap one environmental catastrophe for another. 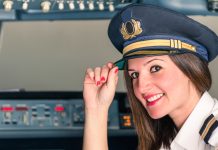 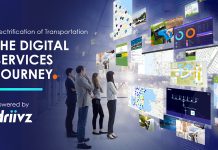 Electric cars and buses: The principal transport mode of the future?