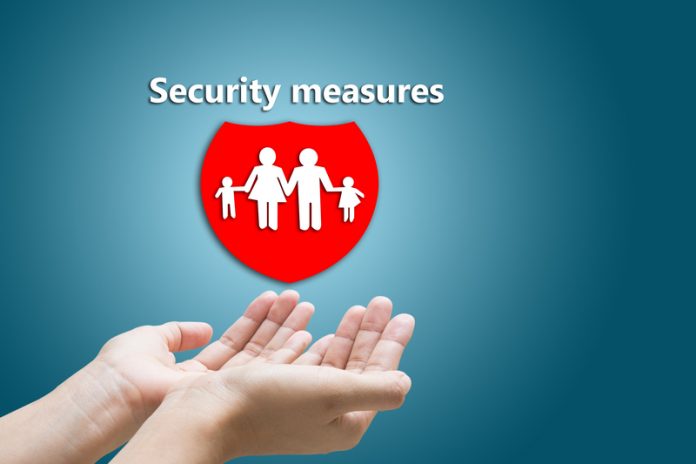 With a stream of deadly terror attacks affecting nations around the globe in recent months, never has there been a more important time for both public and private sector organisations to ensure that their security measures are as effective as possible. James Kelly, Chief Executive of the BSIA discusses access control and what the future looks like…

Although sounding very technical, access control is one of the simplest forms of security a company can employ. When a credential is presented to a reader, the reader sends the credential’s information, usually a number, to a control panel, a highly reliable processor. The control panel compares the credential’s number to an access control list, grants or denies the presented request, and sends a transaction log to a database. The terror attack on the Charlie Hebdo office in Paris in January – where terrorists entered an office building – has highlighted the importance of access control and how vital it is as first barrier in protecting your staff.

Biometrics is the science and technology of measuring and analysing biological data. In information technology, biometrics refers to technologies that measure and analyse human body characteristics, such as DNA, fingerprints, eye retinas and irises, voice patterns, facial patterns and hand measurements.

The use of biometrics has wide repercussions, as with mobile devices, experience shows that consumer adoption helps to facilitate business use. The popularity of biometrics is set to grow in the coming years. The quality and accuracy of biometrics have rapidly improved in recent years, moving on from fingerprint readers and now readily incorporating facial recognition (which is very well suited to ‘clean’ areas) and moving towards previously niche and more complicated systems such as palm vein and heartbeat recognition readers.

The momentum of security integration is unlikely to slow– in fact it will continue to be a key market driver moving forward. The benefits are unquestionable, with the drive for efficiency savings being the core proposition. It enhances security reaction times – for instance if a door is forced the combined system will sound an alarm, lock-down key areas and direct the security team to the location of the potential incursion. Integration makes installation and upgrades easier and more cost-effective and it makes full use of legacy and existing systems. There is a massive growth in the use of BACnet protocols, which are protocols that allow communication of building automation and control systems. These are adding a new level of software integration which is helping users to move away from the remaining proprietary software that was once commonplace in the security industry.

There has been some debate within the security industry lately about the effectiveness and convenience of using passwords (both for physical to premises and logical access to IT systems). Integrated security systems allow authorised users to minimise the security details they have to memorise and are likely to gain further interest this year because of this advantage. The ability of integrated systems to intelligently provide access also means that workforce management is much easier using integrated security. From managing working hours to activating buildings services only when they are needed (and thus saving energy and resources), integration is providing intelligent solutions that will save users money.

A technology that has been promising to do big things for some time is Near Field Communications (NFC). Whilst the technology for it has been available for some time, NFC’s success will be determined by the tipping point from the number of enabled mobile devices and the public’s willingness to use them to gain secure access to secure doorways. However the use of NFC has also been spurred on by a number of new compatible stand-alone locks which are especially well suited to access control using a smart device.

The technology is well suited to access control systems and has seen an appetite for these solutions in a number of different sectors. Certainly the use of smartphones as an identifier is going to be hugely beneficial in the hotel industry. Most of the major hotel chains operating in the UK have shown an appetite for using mobile technology in this way and there are a number of pilot sites around the country.

Hotels have shown an interest in using customers’ smartphones as the key for bedrooms which has a number of really unique benefits. Customers can make a booking online, download an app – which links into a hotel’s loyalty scheme – automatically check in and then lock and unlock their room over the duration of their stay with just their smartphone. The ease of use and the ability to link an app to a hotel’s loyalty scheme will yield an impressive return on investment. Typically, the sites trialling access control systems that utilise smartphones are making use of Bluetooth Low Energy (BLE) as it is more readily available in a wide range of smartphones.

The adoption of cloud-based security is another area that has gained enormous ground in recent years and looks set to continue vehemently in future. It’s fair to say there were concerns over the security of using the cloud voiced by some commentators and potential users when cloud-based access control was first mooted.

However, these were largely quashed by a wider acceptance of online use of services such as banking or retail, which have demonstrated that using IP needn’t compromise vital security. As well as ease of use and installation, cloud-based services also rapidly roll out updates (which is particularly useful in an emergency situation) ant there is no need to store large servers onsite (which could be attacked or hacked directly) – freeing space and resources.

Members of the BSIA’s Access and Asset Protection section are experts in Access Control solutions and can offer advice on the different types of products available and the environments they are best suited to.