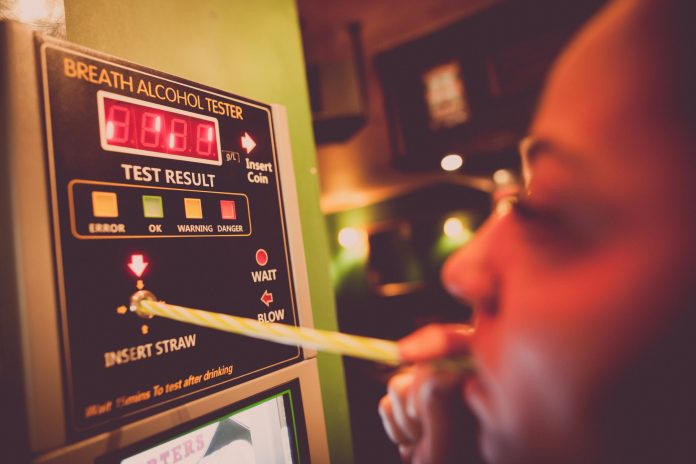 Research from the Department of Biobehavioral Health uses a new form of technology to understand more about drinking alcohol and its potential consequences.

With general guidelines about reliable alcohol consumption, a person’s level of intoxication depends not only on the number of drinks they consume but also on the alcohol content of those drinks and other factors, there is not a ‘one size fits all’ consumption level with the same outcomes for different people.

So, researchers at Penn State in the US established that wearable sensors can help our understanding of heavy drinking. An ankle bracelet that can detect alcohol concentration, via imperceptible amounts of sweat, can measure intoxication – especially intoxication that can lead to negative consequences.

The study notes that when a person is intoxicated by consuming the same amount of alcohol on two different days, that person is more likely to suffer negative consequences on the day that they became more intoxicated.

For instance, if a person had six drinks on Friday and six equivalent drinks on Saturday, they would be more likely to experience consequences if their peak intoxication were higher on one of those days.

Peak intoxication can be affected by several factors, including how fast a person consumed alcohol and what they had eaten recently.

Michael Russell, assistant professor of biobehavioral health, said: “Alcohol misuse causes problems ranging from the annoyance of a mild hangover to the tragedy of premature death. This research is one step on a journey toward using technology to limit the harm that alcohol can cause.”

Different levels of alcohol have different outcomes for people

Measuring alcohol concentration through the skin via these sensors – transdermal alcohol-concentration sensors – can deliver more data on a person’s intoxication level than periodic breathalyser results or self-reported drinking measurements.

These sensors are able to track a person’s peak intoxication level, the rate at which someone becomes intoxicated, and how much alcohol was in their system, and also, for how long.

Additionally, transdermal sensors are easier and less intrusive than other available methods for measuring alcohol consumption, such as breathalyzers and blood sample analyses.

Transdermal sensors a much less daunting and difficult measurement of intoxication when compared to measuring blood alcohol content, which requires a blood draw.

Though breathalysers provide a more accurate and faster evaluation of someone’s intoxication during a traffic stop, transdermal sensors can provide a clearer visualisation of a person’s entire drinking history throughout the day.

Additionally, breathalysers cannot capture how much a person drank, how quickly they drank, and how long alcohol remained in their system, and transdermal sensors capture all of that.