Additionally, 95% of aluminium packaging collected in the UK is recycled within Europe, rather than being sent around the globe. At a time when sustainability is so front of mind, the drink can remains the most recycled packaging in the world.

These significant improvements in UK aluminium recycling rates is attributed to the investment made by the aluminium sector as a whole to ensure that the packaging they produce is recycled.

Programmes managed by the Aluminium Packaging Recycling Organisation (Alupro) such as MetalMatters and Every Can Counts are positively impacting the behaviour of people across the UK by creating awareness of the recyclability of aluminium and metal packaging. 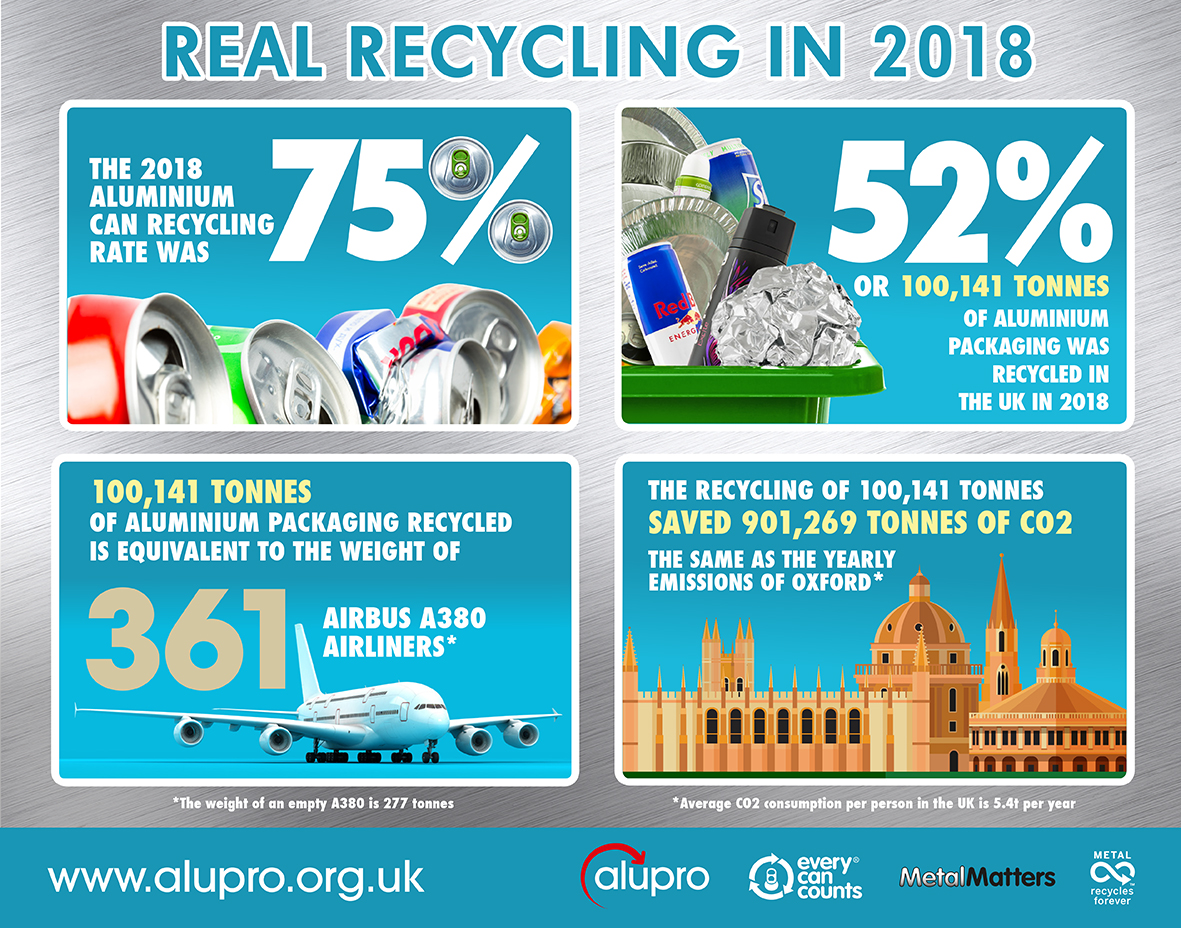 Rick Hindley, executive director of Alupro commented: “Aluminium is the perfect example of the circular economy because it can be recycled forever. We know that British consumers want to do their part, so we’re delighted that more cans are being recycled than ever before. Within 60 days the can you recycle could be back on the shelves as another can.”

The government is currently consulting on reform to the producer responsibility system, which could lead to more accurate reporting of recycling rates. A significant volume of used aluminium packaging is being recycled from Refuse Derived Fuel outside the UK, but not currently being officially recorded towards UK targets. This means the latest impressive rates are still underreported, and future recycling rates for aluminium packaging will be even higher under these reforms.