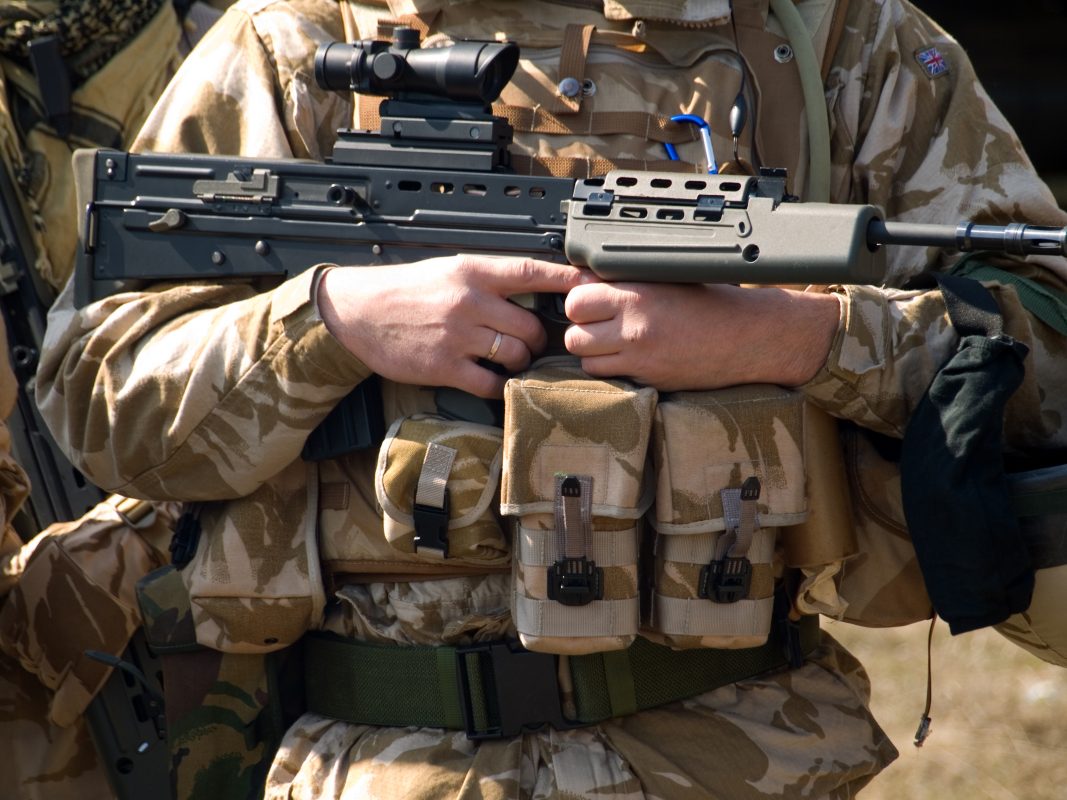 Professor Jamie Hacker Hughes, Military Psychologist, and Director at the Veterans and Families Institute, Anglia Ruskin University, highlights the importance of our armed forces being in excellent mental health.

The mental fitness of Britain’s Armed Forces is every bit as important as the physical fitness for which they are rightly renowned and it is vitally important that their mental fitness is maintained to a high level. Our sailors, soldiers and aviators (some 150, 000 of them with, it is planned, a further 30,000 in the reserves) are in reality every bit as prone to mental health difficulties as everyone else in British society, and in some cases, because of the virtue and nature of the occupation that they are engaged in, more so.

Relatively recent research shows that whereas the mental health of the majority of Britain’s servicewomen and men is relatively robust, around one fifth of them suffer some kind of common mental health difficulty. This rate is significantly better than in their civilian equivalents, which one would expect. So what are these common health difficulties? Anxiety disorders – generalised anxiety, panic disorder and phobia, obsessional difficulties and depressive disorders – such as depressive episodes and major depression.

These are the most common. Serious mental health problems such as schizophrenia and bipolar disorder (previously better known as manic depression) are very rare indeed and are not considered conducive to continuing military service.

Post-traumatic stress disorder is rare too, despite what the media might have you believe, and is of course related to the amount, frequency and type of exposure to trauma accumulated by an individual during her or his service. Research has found the level of PTSD to be higher in certain groups – combat troops, the reserves, medics, those who have actually been in combat with the enemy – and where ‘harmony guidelines’ (the recommended maximum number of deployments during any 2 year period) have been exceeded. The current rate of PTSD among British troops is estimated to be somewhere between 4% and 6%.

The other signature problem faced by our armed forces – and this is by no means a new problem but, rather, has been accepted to be more of a cultural legacy, is alcohol abuse, particularly and surprisingly perhaps in serving young women. Drug abuse is, however, almost negligible as a result of the Armed Forces’ zero tolerance and the practice of surprise controlled drug testing entire units at a time. The attitudes of the forces to both of these issues are hardening and compulsory discharge for drug related offences are commonplace.

How then is mental fitness maintained if it is as essential as we said that it was at the beginning of the piece? The answer is that there is a comprehensive mental healthcare system in place for our armed services personnel. This goes all the way through a serviceman or woman’s career, from enlistment to discharge, and at every stage in between. The forces have a cadre of over 100 mental health professionals, uniformed and civilian, whose job it is to assess, treat and return to duty (in most cases) or assist with discharge (in the minority) anyone experiencing mental health difficulties. These mental health teams are part of the Defence Primary Healthcare Service and operate from Departments of Community Mental Health located in every major naval base, Army garrison and RAF station in the UK, Germany and Cyprus, and as field mental health teams in operational bases. If intensive or acute mental health treatment is required, then that is provided by a network of NHS units working alongside the Armed Forces.

The most common intervention is cognitive behavioural therapy (CBT). This is a NICE (National Institute of Health and Care Excellence) recommended therapy based on the theoretical work of the US psychiatrist, Professor Aaron Beck. The premise behind CBT is that our moods are affected by what we think, and that we can, therefore, learn to control and improve our moods by noticing, and then challenging and modifying successively, our dysfunctional negative thoughts. These negative cognitions are often based on negative schemas and core beliefs, often deriving from early negative experiences, and these can be uncovered and worked with in a similar way.

Over the years in which CBT has been developing, protocols have been developed for every problem: anxiety, depression, OCD, PTSD. Therapists learn about CBT in their core training as mental health nurses, clinical or counselling psychologists or psychiatrists but specialise further after initial qualification. The military insist that every newly qualified mental health professional has post qualification training in CBT, but also in EMDR (eye movement desensitisation and reprocessing) – the NICE approved evidence-based treatment for PTSD and adjustment disorder – during their first few years of qualification.

Of all the psychotherapies, CBT, along with EMDR, has been the most intensively researched and has been found to produce significant reduction in symptom scores if delivered according to the protocol together with significant reductions in the rates of risk of relapse. It is a talking therapy, involving sessions where clients learn how to view difficulties in a different way, along with ‘behavioural experiments’ where the likelihood of certain eventualities occurring or not are evaluated in a scientific way, and home-based assignments which the client must complete over the therapy course.

In most cases, a CBT intervention on its own can be highly effective without the need for any prescribed medication. In other cases, medication is prescribed by service general practitioners on advice of service consultant psychiatrists. All members of the service, together with military social workers, the welfare agencies and the chain of command work together.

The goal of military mental healthcare services – supplemented by training at several points throughout a serviceman or woman’s career – is to restore service personnel to a state of full mental fitness so that they can return to their role and carry out their duties.