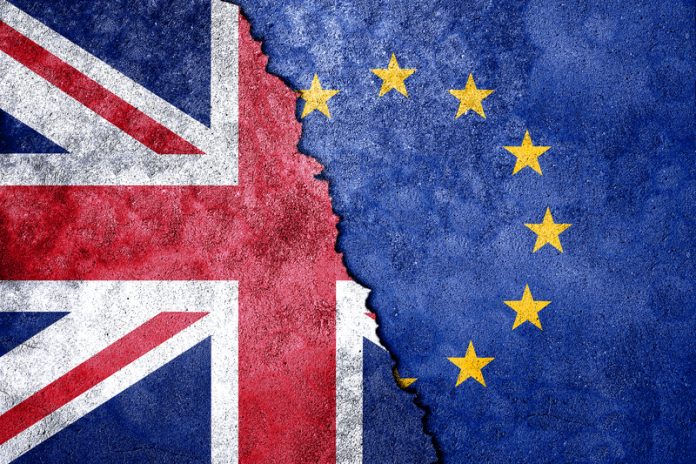 Theresa May has enacted Article 50, beginning the process of withdrawing from the EU. Open Access Government discusses what this could mean for the UK

The starting pistol will be fired today and the race for the UK to negotiate its way out of the EU is about to start.

Whether you voted to remain in the EU or leave, today undoubtedly is a monumental event in politics. Last night Prime Minister Theresa May signed a document that would trigger the UK’s withdrawal from an institution it has been entwined with for four decades. This letter will be delivered by the British ambassador to the EU Sir Tim Barrow at 12.30pm today, thus kick-starting the process of Brexit.

Untangling the nation from the EU will certainly be difficult. By the 31 March President of the European Council Donald Tusk will publish guidelines for the negotiation process. This is expected to last two years, but formal talks will not start until the middle of May. From this point on it will be a race to get deals in place before time runs out.

What these negotiations will look like remains unclear, however we do have some indication of the areas that will be a focus for the government—first and foremost protecting the rights UK and EU citizens.

In a statement to MPs today, the PM is expected to say she will “represent every person in the whole United Kingdom” during the negotiations. This will include the unknown fate of EU nationals living in the UK.

She will say: “It is my fierce determination to get the right deal for every single person in this country.

“For, as we face the opportunities ahead of us on this momentous journey, our shared values, interests and ambitions can – and must – bring us together.”

Brexit is certainly an issue that has divided the nation, even going so far as to initiate a second Scottish independence referendum, but Westminster now has an obligation to ensure it negotiates the best deal it can for the UK.

So what can we expect?

One of the main discussions will focus around immigration. Free movement of people is a key component of the EU’s ethos, but it is also an area of contention with those who voted to leave. Stricter border control is something that will undoubtedly be addressed but what is not known is how this will translate to EU citizens living in the UK and British nationals living abroad. However, Westminster has already been vocal about getting an “early agreement” to guarantee these rights.

Trade will also top the list of things to discuss. Withdrawing from the single market will require a new customs arrangement and trade deal with the EU. This will be a difficult area to navigate and it is unlikely the UK will see special treatment here. In fact, it is expected the EU will drive a hard bargain, one that will not see the UK gain access to the single market without embracing the philosophies that underpin the EU, such as free movement.

Talk about the Brexit Bill, the divorce settlement expected to hit the UK, will also feature highly. The UK said it will honour its obligations as it leaves, but it is claimed this could run to as much as £50bn—something the government denies, but did admit some money would be owed. However, European Commission President Jean-Claude Juncker confirmed last week that the fee would be “around that”. How much money will be handed over remains to be seen in the coming months.

Northern Ireland’s border will also be a difficult area to traverse. This could prove to be a political minefield for both the British and Irish governments if it is not handled sensitively. However, both sides have expressed they do not want to see border controls in place that could jeopardise the peace process.

This becomes problematic, however, if the UK is outside the single market and customs union. How to get around this issue has not yet been raised by Westminster but it will certainly be a key focus of discussions.

Another key area expected to form part of the negotiation process is the European Court of Justice (ECJ). If the UK pulls away from the jurisdiction of the ECJ it will need to put into place a new mechanism to resolve problems such a trade disputes. What mechanism will be implemented has not yet been discussed.

The process of negotiation

The UK has a challenging road ahead. As with most divorces it is unlikely this one will be straight forward. The government’s negotiation skills will be put to the test over the next two years, as it tries to come to an agreement with the EU (and global partners) before the clock ticks down. With or without an agreement in place, the UK will leave at the end of that period, unless an extension is agreed.

What the UK will look like when it emerges from out of the EU in March 2019 is currently not clear, but getting there it will unquestionably be a tumultuous time for politics.