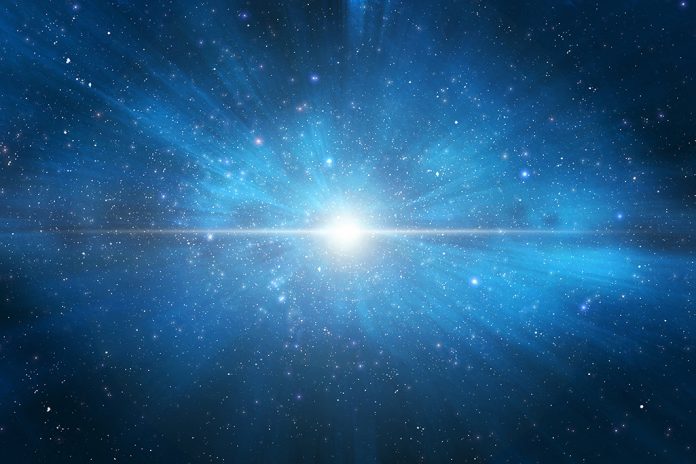 Prof. Nicola Vittorio, of the Università degli Studi di Roma ‘Tor Vergata’, shares details on the ASI/COSMOS project and how it will advance cosmology

Investigating the physics of the early Universe is the great goal of modern cosmology, which shifted over the years from the discovery to the current precision measurement epoch. The Cosmic Microwave Background-CMB, the first and oldest light emitted when the universe was 380,000 years old, is by far one of the most powerful tools of the experimental cosmology. We observe it today, 13.4 billions of years after the Big Bang, having a unique insight on how the universe was at the beginning and how it evolved with time. Thus, the CMB observations constitutes the natural tool to constrain models of particle physics at energies which will never be reached by laboratory experiments and trace new physics beyond the standard picture. The discovery of the CMB by Penzias and Wilson in 1965 provided the first and strong evidence for the so-called hot Big Bang. Tiny variations in the mean CMB temperature (or intensity) with the observing directions (the so-called CMB temperature anisotropies) were first detected on large angular scales in the 1992 by the DMR experiment on board of the NASA COBE satellite. This detection provided the first and robust confirmation of the theories describing the formation and the evolution of the large-scale structure of the universe based on the gravitational instability scenario, pioneered in the 1940’s by Lifshitz.

The ESA Planck mission (with the Italian leadership of the LFI experiment) has by all practical means exhausted the information content of the CMB temperature anisotropies and definitely established a breakthrough in the comprehension of the current concordance model of cosmology, the so-called ΛCDM model, where only about 5% of the universe constituents is formed by ordinary matter (protons and neutrons). The other 95% is a combination of what is called dark matter (presumably formed by still unknown weakly interacting massive particles) and dark energy (something conceptually very similar to the cosmological constant introduced by Einstein 100 years ago). In the concordance model, dark matter and dark energy are in a rough proportion of 3:7. Thus, the dynamics of the universe is today dominated by the dark energy, responsible for the presently accelerated expansion of the universe. The very first evidence for such an accelerated expansion was obtained using the supernovae Ia observations by Adam Riess and Samuel Perlmutter at the end of the 1990s, which has been further confirmed by the most recent supernova data and by other low redshift data such as the Baryonic Acoustic Oscillation datasets.

At the beginning of the 1980s, Alan Guth proposed the so-called cosmic inflation to explain why the universe is so smooth on large scales and to resolve some known puzzle of the standard Friedmann models. Cosmic inflation requires an early phase of accelerated expansion and it was at the beginning considered a very interesting but speculative theoretical paradigm. The precise mapping of the CMB temperature anisotropy lent credibility to this scenario and the case for cosmic inflation has strengthened significantly over the years. However, the conclusive evidence for the inflationary theory of the early universe will be provided by a detection of tensor perturbations of the space-time metric, which lead to a primordial gravitational wave background. This background imprints a unique pattern (the so-called B-modes) in the polarisation of CMB photons. Therefore, the primary scientific exploitation of CMB B-mode data aims to a definitive probe of the inflation paradigm and to an estimate of the energy scale at which inflation occurs. Unfortunately, the amplitude of these modes is model dependent. Thus, while the observations of the weak polarised CMB signal (the so-called E-modes) have opened a new channel and a new era in the observations of the polarised microwave sky, the hunt for the elusive B-modes is much trickier and has only started.

This is a very ambitious goal in which the whole Italian CMB community intends to be involved, participating to the main international collaborations of future challenging orbital and sub-orbital experiments. To reach this goal, the Italian Space Agency (ASI) has decided to support this effort by funding the Cosmic Orbital and Sub-orbital Microwave Observations (COSMOS) project. The goal is to exploit in an integrated and synergic way, all the competences that the Italian CMB community has developed over the years, also thanks to the Planck mission. COSMOS has the following main objectives.

First, the study of the scientific potential and technical feasibility of a medium long-term (5-15 years) program to measure the CMB polarisation from sub-orbital platforms, identifying the best observational strategies. Second, to acquire full control of a number of foregrounds: the B-modes from diffuse Galactic foregrounds, in spite of the Planck results, are still far from being detected with the deepest details; gravitational lensing removal is a subject that requires to be further developed and understood if we want to accurately measure B-modes; clusters of galaxies and point source contribution in the observed data set must be also known to high precision.

Third, a coordination at the national level of the ASI balloon based Large-Scale Polarisation Explorer (LSPE) data analysis pipeline that will heavily rely on the use of synthetic data, produced by an instrument simulator, taking into account a sky model, as well as instrument characteristics, performance, calibration, uncertainties and systematic effects. Last but not least, the COSMOS project will provide resources for the formation of a new generation of cosmologists and astrophysicists active in observations, theory and simulation/data analysis activity, which will be able to ensure to the CMB Italian community the leading international role that it has played up to now. In fact, even if focused on the CMB B-modes, it must be remembered that the observation of the microwave sky is also important for other, not less important, astrophysical problems which are on the frontier of current research, such as clusters of galaxies, lensing, point sources and, the not yet fully explored, CMB spectral distortions.