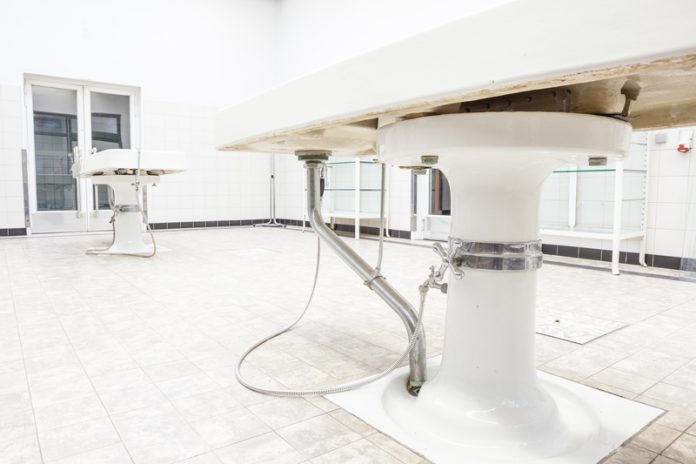 The Office of the Chief Medical Examiner for the State of Maryland explains how forensic autopsies are not only used to determine a cause of death, but also to support medical research and development

The primary and venerable tool of forensic pathologists is the autopsy. To determine the cause of death, there is simply no better way than directly examining the body. The term “autopsy” comes from Greek “to see for yourself”.

Prior to the autopsy, the forensic pathologist will begin with a history of the patient. This usually involves talking with the family, law enforcement, and obtaining the medical records, emergency run sheets, and police reports. The medical history and circumstances of death are particularly important. Medicolegal death investigators, who act as the eyes and ears of the forensic pathologist, will summarise this information so that the autopsy examination can address the known issues and answer the questions that can be anticipated. It is important to correlate the findings of the autopsy examination to the history and particularly to note where they do not match up.

The forensic pathologist will begin her autopsy examination with a head-to-toe examination of the body “as is.” This will include an examination of the clothing if the decedent is clothed, and an examination of medical appliances, if any. Where appropriate, defects from gunshots and stabbings will be noted and trace evidence will be collected. After the body is cleaned up, another careful head-to-toe external examination is conducted for bruising, defects, and medical conditions. X-rays of the body may precede the internal examination. A complete autopsy includes an internal examination of all organs and body cavities, including the head, neck, chest, abdomen and pelvis. The evisceration is done in a fashion to permit funerary viewing. Bodily fluids and tissues samples are taken for toxicology, microscopic examination, and possibly other laboratory tests. Sometimes, the brain, heart, or other organ or tissue block is saved for later meticulous study or consultation. Virtual autopsies, involving CT or MRI scanning, or molecular autopsies are more often adjuncts than substitutes for the internal examination.

Although very similar, hospital autopsies differ from forensic autopsies in that they are based upon the consent of the next-of-kin, rather than legislatively authorised for the public good. They do not contain the “Evidence of Injury” section that is the prominent feature of forensic autopsies.

Hospital autopsies have nearly vanished. The rate of autopsies has declined from the 1970s when approximately half of all deaths of patients in the U.S. were autopsies to the current state of affairs, in which autopsies are rarely performed in-hospital deaths. Autopsy results were the last word in clinicopathologic conferences and morbidity and mortality rounds. Autopsies were considered critical to supporting good patient care as either educational or quality assurance—but not healthcare itself.

In the U.S., the Centers for Medicare and Medicaid Services (CMMS) will not pay for autopsies because they deem them not involved with patient care, even though they were encouraged in their Conditions of Participation until recently. Hospitals are now built without morgues where autopsies might be performed.

Modern medical progress has not erased the value of autopsies. Every study that has looked at the subject has found that autopsies reveal a substantial number of cases, often >20%, which reveal missed diagnoses that would change the therapy of the patient. This is true despite modern laboratory diagnostics and advanced imaging. Without autopsies, we bury our mistakes.

Indeed, pathology is the study of disease and much of the history of medicine is the history of the autopsy. The seat of medicine moved from the Hippocratic tradition on the then ancient Greek (now Turkish) island of Cos to the Hellenistic Greek city of Alexandria (now Egypt), where bodies had been mummified for millennia, in large part because anatomic dissections were performed there. Much of what Galen (c. 129 – 216 CE) knew of anatomy came from the writings of Herophilus (c. 335-280 BCE) and Erasistratus (c. 304-250 BCE) of Alexandria. Galen did not dissect humans, but he did dissect animals, e.g. pigs, and therefore made errors in relation to human anatomy, many of which were corrected by the later human anatomists (i.e. Vesalius). After a shift to the Middle East, the Italian university medical schools of Bologna and Padua became the centres of medical knowledge, after anatomic dissections were restored into the medical curricula by Mondino de’Luzzi (c. 1270-1326) and private autopsies were performed. Andreas Vesalius (1514-1564) who taught anatomy at Padua and later William Harvey (1578-1657) who studied anatomy there were revolutionary in their effect on medicine.

It is notable that William Welch, a pathologist trained by Virchow, was the first dean of the Johns Hopkins School of Medicine and in his lifetime was known as the “Dean of American Medicine”. William Osler (1849-1919) was also a founding professor of Johns Hopkins and also trained by Virchow. He performed autopsies on his own patients. Through his 1892 Principles and Practice of Medicine and his establishment of the medical residency training model, he became known as the Father of Modern Medicine and one of the “greatest diagnosticians ever to wield a stethoscope.”

With the exception of the addition of histology in the late 19th Century, autopsy technique has changed little since the time of Virchow. Nonetheless, autopsies continue to be valuable and revealing. For instance, the pathology of atherosclerosis and myocardial infarctions as well as the surgery needed for congenital heart disease were elucidated through autopsies. Even more recently, autopsies have contributed significantly to our understandings of COVID-19 infectious diseases, such as the formation of micro clots within the vasculature. However, forensic pathologists are now the primary autopsy physicians. Forensic autopsies are useful every day for obtaining evidence in homicides and answering the questions of families and insurance companies. Dr Bennet Omalu, performing a forensic autopsy on the suicide of a National Football League player described chronic traumatic encephalopathy and changed society. Despite its age, given its strong history, the autopsy should not be discarded any time soon, it still holds great value and has much to teach clinicians of the future.