Andre Laperriere, Executive Director of Global Open Data for Agriculture & Nutrition shares his thoughts on battling a locust infestation in the time of a global pandemic

Amidst the current pandemic, both South Asia and Africa have been experiencing a different outbreak, which greatly threatens their food security – a massive locust infestation which has been ravaging crops across these regions for most of the year. India, in particular, has been the worst impacted, with more than 50,000 hectares across three states having faced a deadly invasion. Although these species are small, their swarming habits make them very deadly for the people that live in these affected areas. They attack crops and fields, are known to eat twice their body weight, and a swarm in a single day can destroy enough food to feed 35,000 people.

The problem is not India’s alone – it is regional as well as seasonal, but 2020 has perhaps been the worst in over three decades. According to a report by the UN’s Food & Agricultural Organization (FAO), some 38% of Pakistan’s area spread over the provinces of Balochistan, Sindh and Punjab are breeding grounds for locusts. The migratory nature of locusts means they spread from region to region and country to country as they eat their way through agricultural crops. The corridor from East Africa to the Middle East, and into Asia from Iran, Afghanistan, Pakistan and into India have caused widespread havoc unlike anything from recent memory.

While they are known as ‘desert locusts’, they, in fact, thrive after periods of heavy rainfall as new vegetation flourishes across arid regions. Scientists estimate that the prolonged bout of exceptionally wet weather, including several rare cyclones that struck eastern Africa and the Arabian Peninsula over the last 18 months are the reasons for 2020s deadly locust outbreak. The far more recent storms have due to the Indian Ocean Dipole, increased ocean temperature gradient that has been linked to the devastating Australian forest fires in early 2020. This reflects the global, interconnected nature of our planet and seriously highlights the urgency to which we need to deal with climate change.

Coming back to the locust infestation, efforts in general to curtail the crisis have proved to be challenging. The swarms can cover as much as 16-30 million sq. km and it is incredibly difficult to predict when they will arrive unless dedicated technological infrastructure is in place. Most of the developing countries currently do not have the necessary infrastructure that can mitigate at source. Unless we act fast at source, the crisis cannot be controlled. The horn of Africa is a frightening example of this as it is already home to 23 million severely food insecure people and has more than 12 million forcibly displaced as the outbreak began to set in.

Locusts during a global pandemic

These issues have only become more paramount as a result of the COVID-19 pandemic, in which efforts to control the locusts have been greatly affected by factors such as restrictions on travel and shipping, increasing the risk of food insecurity. With the monsoon season now underway, India is met with an even greater task of addressing the ongoing locust outbreak. This will mean that the government will have to identify effective methods to avoid extensive crop losses or risk adding to the already 194 million undernourished people in the country.

The country has already been experimenting with different methods to battle the new wave of locusts including deploying drones, using fire trucks, and even playing loud music in an effort to move them away from their crops. Although unorthodox, there appears to be a common trend emerging from these methods – technology.

While reactive technologies can be deployed after the start of an outbreak, governments need to focus on investing in technologies and resources that can identify a potential outbreak months before it can hit. Data here is key as both historic information and current weather data can help us map the pattern of a likely outbreak, run simulations on potential breeding areas and deploy resources months in advance. The complexities surrounding locust population interactions, their direction of movement and scale of displacement, and the predictability of seasonal rainfall can be looked at through the lens of open source data and information that is transparently available for researchers to effectively predict the chances of an outbreak. Resource pooling and creating open source tools can help in monitoring and mitigating an outbreak and potentially preventing it, as key information can be provided which gives a window of opportunity to better prepare for an outbreak.

This improved efficiency can give these countries that first step in better understanding the behaviour of locusts and know when they are likely to attack crops. This will reduce the impact of crop damage and instead maximise yield, preventing crops being lost on the scales we are currently seeing and prevent hunger and malnutrition in the process.

Governments should, therefore, work towards open data policies and technologies which will be more effective against the key challenges they are facing. Making data monitoring universal will be helpful during the locust outbreak and against other potential challenges in the future. This will drive forward greater social cohesion, thriving communities and industries and economic potential.

Open data has the ability to empower and engage these local communities like never before by encouraging them to work and farm smarter so that they are better empowered to predict and act on potential crises months in advance, instead of having to deal with them ad-hoc. 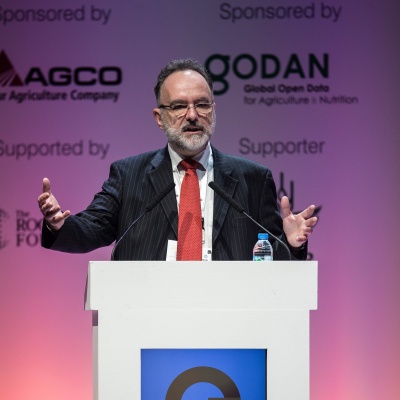