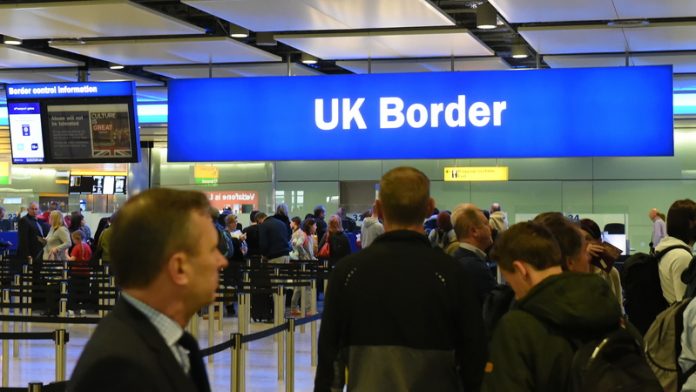 Terrorism, immigration and Brexit dominates today’s headlines. The question of how to police Britain’s borders is both politically charged and a matter of day-to-day concern for the Home Office, the HM Revenue & Customs (HMRC) and related departments.

This isn’t just an issue for Britain. International cargo and traveller volumes are growing at an unprecedented rate. According to the World Tourism Organization (http://media.unwto.org/press-release/2018-01-15/2017-international-tourism-results-highest-seven-years), international tourist arrivals grew by a remarkable 7% in 2017 to reach a total of more than 1.3 billion – a number that is expected to increase by up to 5% in 2018. At the same time, international air freight is also experiencing annual double-digit growth.

While most of this traffic is legitimate and not a threat to public safety or state, border protection agencies and officers are under pressure to make accurate risk assessment judgements. Sometimes, this can be at the expense of the legitimate low-risk passengers and cargo, making efficient facilitation an issue for travellers and the freight industry. According to a recent study (https://www.standard.co.uk/news/uk/eu-border-checks-could-spark-30mile-motorway-jams-after-brexit-a3792871.html) by the Imperial College London, Brexit talks are already sparking off speculation that the impact of EU customs checks could create 30-mile motorway jams.

The challenge to maintain the balance between facilitation of goods and people over security is a continuous feature of border control. Too often, the border authorities are impacted by many false positives that lead to the delay of both passengers and goods legitimately passing through the border. This incomplete information is often a major cause of incorrectly flagging low-risk as higher-risk targets for further inspection.

The decision to single out an individual or a piece of cargo as a potential threat requires multiple sources of information and data, the combination of which needs to be processed quickly and in as near real-time as possible. Currently, most border agencies rely on some form of simple pattern matching to detect threats.

However, this tends to be based on historical data available – and decisions can only be made based on predictable threat patterns, which is what often leads to false hits. In addition, if a shipment or perpetrator deviates from a recorded pattern then the matching systems are more likely to fail to identify and flag an alert.

Machine learning is rapidly expanding the scope of the value of data – not just in terms of how data is managed but how it can be made to predict “most likely” scenarios. In the case of border control agencies, new advances in predictive analysis give border control agencies the ability to not just cumulatively learn from historical patterns, but also use statistical analysis to detect patterns that may represent new and emerging threats, which have not been detected previously.

Machine learning also enables more accurate decision-making. Ingesting varying types data types from multiple sources – the Home Office, HMRC, airports, airlines, intelligence and other law enforcement databases and open source data – means a much deeper profile of a real threat can be developed and accessed. Importantly, with machine learning, the data makes the decision about which pieces of data are best utilised.

This approach is more likely to lead to faster and well-informed decisions, for border control staff to decide on what requires an intervention and what can be treated as a lower risk. Imagine a scenario for instance, where a border agent inspects a cargo shipment flagged as potentially risky and finds nothing, then that result goes back into the system and the targeting algorithms are automatically updated and applied to be more accurate the next time.

Border control is the collaborative responsibility of all the key stakeholders to ensure success. Globally, governments are recognising the immediate need to invest in bolstering intelligence and law enforcement teams. However, government investment in the right technology and infrastructure is also crucial to supporting these teams. By empowering and providing targeting tools powered by advances in machine learning, everyone from the government to legitimate travellers and consignments stands to benefit from a higher level of precision, efficiency and accuracy. Meanwhile, the free flow of people, goods and trade, which is essential to the UK economy, is not unduly interrupted.