Home Open Access News Government News Why businesses need to use 2021 to draw a line under unethical... 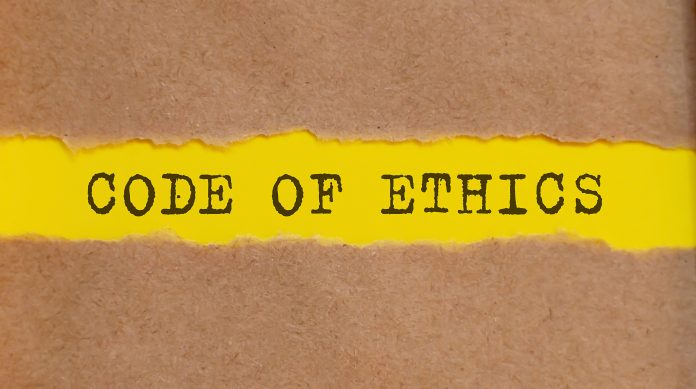 Philip Turvey, executive director at Anglia Research, outlines why businesses need to use the return to normality as an opportunity to draw a line under unethical practice in 2021

When the Prime Minister tweeted on 2nd January that 2020 was going to be a fantastic year for Britain, he couldn’t have known that a virus – which had only come into existence months earlier – was going to spread around the globe and change every aspect of our lives.

At the time of writing, there have been 55.6 million cases of COVID-19 worldwide, the global economy is forecast to shrink by at least 6%, and some businesses have been open for a few weeks since March.

With so much of our lives on pause this year, we’ve had time to consider the pre-pandemic world. And, with not one, but two vaccines on the way in 2021, next year looks set to be a period of regrowth.

Some things, though, are better left in the past. Take unethical practice, for instance. Although this issue wasn’t rife in every industry pre-COVID-19, rarely a month went by without a business garnering negative headlines for engaging in unethical, anti-competitive practices.

Wirecard is one such example. The business, which offered electronic payment transaction services and physical and virtual cards, collapsed in June this year, owing creditors more than €3.5 billion (almost $4 billion) after years of accusations of financial and accounting irregularities. Earlier this year, the accounting firm EY, Wirecard’s auditor for over a decade, admitted that they could not confirm whether balances worth €1.9 billion existed – around a quarter of Wirecard’s whole balance sheet.

Another, more notorious example of unethical practice is the Volkswagen ‘Dieselgate’ scandal, which is still rumbling on five years later. In September 2015, the Environmental Protection Agency found that diesel-engine VW models sold in the US had software installed allowing the cars to pass emissions test – since this discovery VW has admitted to installing 11 million vehicles worldwide with the same software.

The impact of unethical practice on creditability

Unethical practice has also impacted the probate genealogy sector, although not quite to the same magnitude as ‘Dieselgate’.

Probate genealogy is largely self-regulated and a relatively small industry. However, ever since the Heir Hunters TV series sensationalised the field, there has been a small boom in the number of firms and individuals offering the service – often with little to no experience.

The rise in these self-styled “Heir Hunters” has opened the door to underhand tactics. Some probate genealogists try to use dubious practices to sign clients. Others will tout to local authorities for tip-offs about lucrative estates where someone has died intestate with no known next-of-kin, often providing them with misleading marketing material.

We carried out research last year which canvassed 350 local authorities across England and Wales and found that over 57% of local authorities are passing information about these deaths exclusively to a single heir hunting company of their choice, rather than following Government guidelines and sending details to the Bona Vacantia Division of the Government Legal Department.

The monopoly and lack of peer scrutiny that this practice creates can, and does, result in beneficiaries not being united with what is rightfully owed to them and casts a shadow over the sector when this inevitably comes to light. We’ve seen many examples of heir hunter firms taking deliberate short cuts in their research in order to get maximum gain for the minimal of effort. It’s vital that any budding probate genealogists avoid getting sucked into these dubious and morally repugnant ways of operating.

With a new year and an end to the pandemic on the horizon, we now have an opportunity to draw a line under unethical practice and pursue a more transparent way of doing business.

In the probate genealogy sector, one route to widespread ethical practice is more membership to regulatory bodies.

The Government has made it clear that they are uninterested in imposing further statutory regulation on the sector, instead preferring probate genealogists to self-regulate.

Therefore, a key way to stamp out the unethical practice that plagued the sector pre-COVID-19 is through membership of the Association of Probate Researchers – the only truly independent self-regulator within the industry which has a code of conduct, compensation scheme and a UK representative from each member company on the Board of Directors.

Businesses need to understand that the old way of operating pre-COVID-19 is gone. The world has changed and moved on since the pandemic, and there is now an opportunity for a new, more ethical way of conducting business to take hold. In our sector, this would involve more probate genealogists taking responsibility for their actions and realising that their unethical practice – such as pressure selling tactics – portrays the whole sector in a negative light. Only through wider cooperation and greater membership to regulatory bodies can we guarantee that unethical practice will become a thing of the past.