Early in my career, I was shadowing an experienced registrar and observed a stark contrast. There was a mother who’d had a stillbirth, and the registrar’s job was to seek permission for a post-mortem of the baby. As I watched her taking the time to really listen, holding her patient’s hand as she spoke, I thought this registrar was not just a doctor but a healer. Not long after, we were called to see a couple who’d had a miscarriage, and the registrar had to offer medication or surgery as treatment. She was visibly irritated this job had landed on her, rather than the GP-trainee on duty. She quickly explained the options, asked me to do the paperwork when a decision was made and left within minutes. I do not think she noticed the parents were crying. The couple told me they thought it was a girl, who they were calling Sarah – and I realised that it was Sarah who I had referred to as ‘products of conception’ before.

Miscarriage (the loss of a pregnancy before 24 weeks) is often minimised by society and endured in silence by families. Is that because it is so common, estimated to happen to one in four women in the UK?

Commonality does not ease the pain of those going through it. Is it because people think it was not ‘really a baby’ yet? A parent can bond with a child long before they are born. Is it because miscarriage is often seen as an unfortunate but isolated incident? In reality, it is a major life event for many couples, which can have profound effects on their physical and mental health. Is it because dismissing miscarriage as ‘one of those things’ for so long has left even some medical professionals feeling hopeless to stop it? We know there are interventions that can help reduce the risks and improve the outcomes.

Our new research Series in the Lancet(1) aims to dispel these myths and change how we think of miscarriage – as well as changing how we provide care, not only to reduce the risk where possible but also to better support those who tragically lose their babies. We estimate the toll miscarriage takes (2) at £471 million a year in the UK, on top of the price paid by the 15% of expectant parents estimated to go through it. This is a minimum cost for direct health services and lost productivity; when looking at longer-term impacts on physical, reproductive and mental health, we expect it surpasses £1bn. Miscarriage has been overlooked and under-funded for many decades, but it’s a false economy to not prioritise an issue with such huge repercussions in our society.

While we keep working to open the ‘black box’ of miscarriage, in hopes of unpicking its causes and finding new therapies, we are calling for a national overhaul of miscarriage care (1). As well as standardising services across the UK to end the current postcode lottery, high-risk groups (such as Black mothers, over- 40s and those with a very low or high BMI) must be targeted with specialist help throughout the pregnancy journey. Beyond our recommendations for best practice in terms of tests and treatments, miscarriage care must also include long-term mental health support for both parents – and crucially, help should be offered after every loss, instead of the current ‘rule of three’ which causes untold harm to people already enduring an unbearable experience.

Since the ‘rule of three’ was developed, we have learned much more about the lifelong effect of miscarriage. For example, our Lancet Series found that even 1 loss can double the risk of depression and similarly raise the risk of anxiety, leaving one in five mothers and one in twelve partners with symptoms of post-traumatic stress nine months later. Each loss raises the mother’s risk of heart disease and blood clots in later life, as well as making future pregnancies more likely to end in premature birth or stillbirth. Miscarriage also raises the risk of another loss in future, by about 10% each time, so it is crucial that repeated losses are recognised as a sign of mothers needing personally tailored care.

As we have increased our understanding of miscarriage, we’ve been able to identify potential causes and prevention strategies, also outlined in our Lancet Series (3/4). For example, we know that progesterone treatment can help mothers with early pregnancy bleeding and a history of loss; this could prevent an estimated 8,450 miscarriages a year in the UK. We use our knowledge in Tommy’s clinics to protect those we know face higher risks, but we need a Government commitment to put it into practice across the NHS and make pregnancy safer for everyone. It should not matter who you are or where you live, and you should not have to endure repeated heartbreak before you get help.

Despite this being such a major study, we still have many more avenues to investigate, such as the increased risk to Black mothers. We do not even know exactly how many miscarriages happen in the UK – so without this data, the scale of the problem is not recognised and addressing it is not prioritised. With national targets to reduce premature birth and stillbirth, it is time to prioritise miscarriage too and stop families suffering in silence. I hope the clarion call of this new research is a turning point in miscarriage care; I have lost touch with my registrar, but I hope the Lancet articles find her. 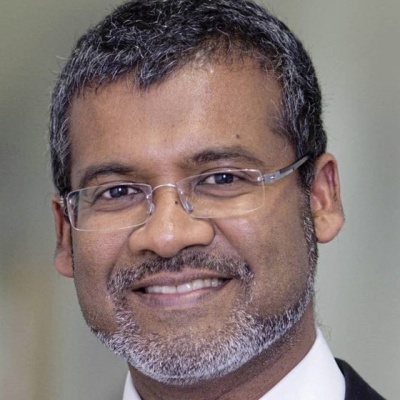