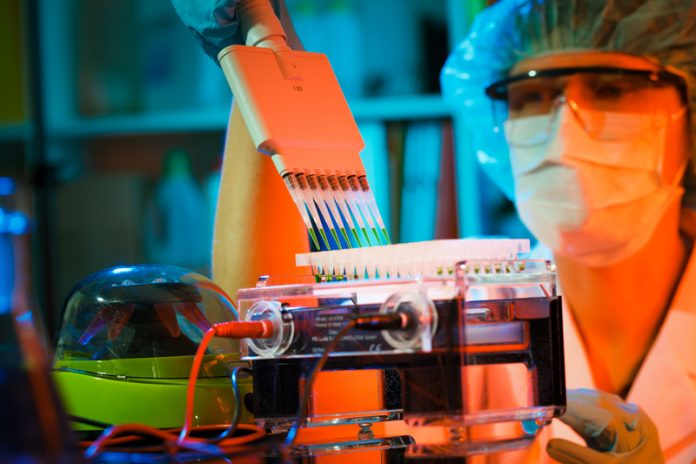 The work of the National Cancer Institute (NCI), the federal government’s principal agency for cancer research and training in the United States, is profiled here by Open Access Government

NCI is a leader of the cancer research enterprise, collectively known as the National Cancer Program and is the largest funder of cancer research in the whole world. It’s true to say that NCI manages a vast array of research, training and information dissemination activities that reach across the entire United States, meeting the needs of all demographics – urban and rural, rich and poor, urban and rural and all ethnic-racial/populations.

When it comes to funding, NCI receives its funds from Congress. The bulk of NCI’s budget supports extramural grants and cooperative agreements to facilitate research taking place at universities, hospitals, medical schools, cancer centres, research laboratories and private firms in the United States and further afield.

On the impact that NCI’s investments have had, we know that this has led to declines in the rates of new cancer cases and cancer deaths as a whole in the United States over the last few decades. In keeping with this impressive improvement, the number of cancer survivors in the country has more than doubled from 7 million in 1992 to more than 15 million in 2016 and unfortunately, it is predicted to rise to more no less than 26 million by 2040. These trends reflect advances in the detection of cancer detection, diagnosis and patient care which have led to people living longer and healthier lives than has been known previously.

One example of research taking place, that is funded by the National Institutes of Health concerns the completion of a detailed genomic analysis, known as the PanCancer Atlas, on a data set of molecular and clinical information from over 10,000 tumours – that represent 33 types of cancer.

“This project is the culmination of more than a decade of ground-breaking work,” says NIH Director Francis S. Collins, M.D., Ph.D. “This analysis provides cancer researchers with an unprecedented understanding of how, where and why tumours arise in humans, enabling better-informed clinical trials and future treatments”, she adds.

“TCGA was the first project of its scale to characterise – at the molecular level – cancer across a breadth of cancer types”, adds Carolyn Hutter, Ph.D., director of NHGRI’s Division of Genome Sciences and the NHGRI team lead for TCGA. “At the project’s infancy 10 years ago, it wasn’t even possible, much less on such a scale, to do the types of characterisation and analysis that were being proposed. It was a hugely ambitious project.”

The project focuses on cancer genome sequencing and on different types of data analyses, for example, investigating gene and protein expression profiles, as well as associating them with clinical and imaging data. (2)

In other news, interim results from a randomised clinical trial for patients with desmoid tumours or aggressive fibromatosis (DT/DF) show that the drug sorafenib tosylate (Nexavar) extended progression-free survival, compared with a placebo. The trial was sponsored by the National Cancer Institute (NCI), designed and conducted by researchers with the Alliance for Clinical Trials in Oncology (Alliance) and supported by Bayer HealthCare AG, which provided the study drug.

“Currently, there is no standard treatment for this rare disease and the effectiveness of the treatments that are used for it – for example, surgery, radiation and chemotherapy – is generally limited,” adds Jeff Abrams, M.D., clinical director of NCI’s Division of Cancer Treatment and Diagnosis. “But the interim results of this trial are promising and may offer a new treatment alternative.” (3)

The development of vaccines for the human papillomavirus (HPV)

In other noteworthy news, Douglas R. Lowy, M.D. and John T. Schiller, Ph.D., of the Center for Cancer Research at the NC) were recognised for their contributions toward the development of vaccines for the human papillomavirus (HPV) in February.

On winning the 2018 Szent-Györgyi Prize for Progress in Cancer Research, Sujuan Ba, Ph.D., co-chair of the 2018 prize selection committee and president of the National Foundation for Cancer Research (NFCR), which awards the annual prize, said that Drs Schiller and Lowy: “have made monumental impacts in the field of cancer sciences and could not be more deserving of this award.”

NCI Director Ned Sharpless, M.D. adds: “We at NCI are very proud to see Dr Lowy and Dr Schiller awarded this prestigious prize for their important work in cancer research. Their receipt of the Szent-Györgyi Prize for their extraordinary research recognises how important discoveries come from building on earlier work and how those efforts can lead to major breakthroughs in public health.” (4)

Looking to the future, everybody at some point in their lives has been touched by cancer, perhaps through a loved one dealing with it by the experience of a personal diagnosis. While incredible strides have been made in advancing scientific knowledge of the disease, there remains a great deal more to be done. In this vein, NCI will always support the most innovative laboratory research and clinical trials to transform the data we have today into tomorrow’s most revolutionary clinical discoveries.

The last word goes to NCI who explain in their own words how they are leading the way in understanding, preventing and treating cancer: “From basic science to clinical science, from implementation science to cancer care delivery and from advanced technology development to data-sharing and analysis systems, NCI is leading the way in how we understand, prevent and treat cancer.”