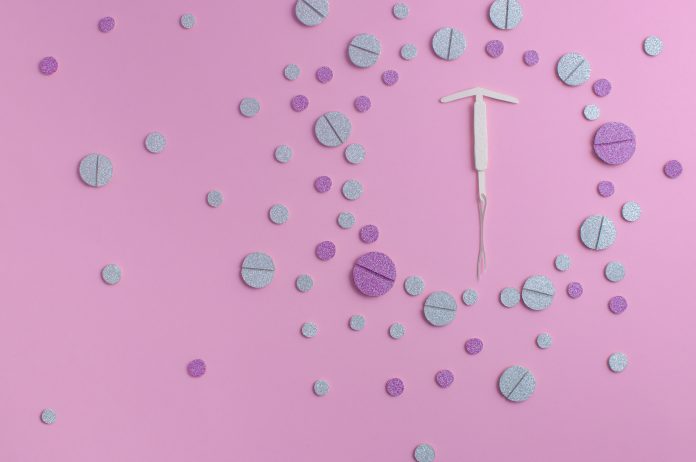 With numerous side effects and fluctuating reliability, contraception has a long way to go in order to provide the healthcare that people around the world need

The introduction of oral contraceptives and the many other options available have been revolutionary in giving control of if and when women want to have children.

However, as of 2018, the UK government reported that “45% of pregnancies and one-third of all births in England are unplanned or associated with feelings of ambivalence”, which can be detrimental to the mental health of both parent and child.(1) There is clearly a need for more rigorous research into effective and side effect free contraception options for all genders.

Although often seen as predominantly a ‘women’s healthcare issue’, trans people and non-gender-conforming individuals also need to be included in the conversation. There is a need for a more comprehensive and inclusive system in place for the future education of young people on sexual health, ensuring gender equality throughout the education process.

The importance of having the choice

Free contraception has changed the world, the introduction of the oral contraceptive known as the pill’ in the 1960s and the availability for single women in the 1970s, revolutionised women’s ability to make free sexual and social choices. In allowing women to control their own fertility and future career choices, the pill gave many women and those with wombs freedom they hadn’t experienced in past centuries. The importance of birth control cannot be overlooked.

Why is contraception always marketed towards women and people who menstruate?

Women and people who menstruate are the demographic that most birth control is created for and marketed towards. Although there is a perceived understanding that all have an equal responsibility in contraception and in preventing unwanted pregnancies. All do not share in the consequences.

The past few years especially 2021 have seen a push towards research into male birth control. With an injectable birth control for men trialled in 2016, it appeared a new route for contraception might be opening up. However, a consistent hurdle for male contraceptives is the reported side effects that follow them. Although found effective in nearly 96% of couples and more than 75% expressed an interest in continuing, the contraception was scrapped attributed to the fact “the risks to the study participants outweighed the potential benefits.”(2)

“the risks to the study participants outweighed the potential benefits.”

A key question to ask is: If male contraceptives have been scrapped due to their ‘numerous’ side effects, then does female marketed contraception have less?

As of 2018 in the UK, approximately 28% of people who menstruate between the ages of 15-49 used one of the many types of oral pills as their method of contraception, making it the most popular choice of birth control in the United Kingdom.(3)

The Pill has been in circulation since the 1960s, and available for single women since 1970. It has liberated women, boosted world economies and made a massive difference in reducing global gender inequalities.

With the ability for unmarried women to access the pill granted in 1970, many were able to shift their focus towards careers if they wanted, resulting in ‘the proportion of female students studying subjects such as medicine and law to rise dramatically’.(4)

Along with bridging the gender gap, both the combination and progestin pills have other advantages for those who take them.

Along with these and other health benefits there are clear issues with nearly all varieties of the pill along with the need to remember to take it every day at a similar time with peak effectiveness the numerous negative side effects.

Although the pill has changed the lives of millions of people and works perfectly well for many, oral contraceptive side effects can trigger depressive mood swings and significantly harm the mental health of women and people who menstruate. A study has shown that 39% of women chose to stop using the Pill within one year of starting, the numerous side effects that follow nearly all hormonal birth control continue to cause issues for women and people with wombs globally.(5)

There are other popular options if the pill is not the right birth control choice. there are a number of long term, short term and permanent forms of birth control that are still popular today.

What is worth noting is that each of these options has differing reliability and possible side effects following them, especially those that involve hormonal changes such as the IUD and the injection.

Approximately 18% of women and people who menstruate using the IUD as of 2021 in England, the device is clearly gaining popularity. What to remember if considering the IUD or ‘Coil’ as it’s commonly known:

There are pros and cons to all forms of contraception and finding the right one for you is incredibly important. What is clear, is that there needs to be a push more a more robust contraceptive option for women that does not come with a long list of potential side effects.

The contraceptive injection is used across England by around 7% of women of reproductive age. The injection releases a hormone into the bloodstream to prevent pregnancy and lasts for between 8-13 weeks making it a popular choice for sexually active people across the country.

As of July 2021, you will be able to purchase progestogen-only contraceptive pills (known as the mini-pill) over the counter at pharmacies in the UK. This is a massive step forward, the ability to receive birth control without a GP appointment makes it so much more accessible for people around the UK.

Throughout the pandemic and even before, many were struggling to access the pill along with basic women health services, in allowing the ‘mini-pill’ to be sold over the counter for £7.50 per month, many are able to receive the birth control that enables them to control their fertility and futures.

Extra information is available on all forms of contraception from the NHS website.