Here, the Renewable Energy Hub, discusses how the recent coronavirus outbreak has had a significant impact on the solar industry across the globe

The coronavirus outbreak has had an alarming effect on the supply chain of key equipment for solar and wind farms in China and beyond. Despite the Chinese people gradually returning to work the virus remains a real threat to the growth of the global solar-energy revolution. China is a hub for solar panel manufacturing which has been hit hard since the virus outbreak.

China currently leads the world both for the installation of new wind and solar farms and for the production of photovoltaic panels which are used almost everywhere. It is an alarming fact for the solar industry that nine out of the ten top solar cell makers are in China and the other one is in South Korea also impacted by the virus.

If you consider that Hubei Province alone, where coronavirus originated, is home to approximately 11 million people who could not go to work even if their factories opened, you begin to get an idea of the scale of the problem.

Many Chinese factories are still not at full capacity after their extended shutdown due to a lack of staff and raw materials. Though China appears to have had some success in controlling the spread of the virus there is always the threat that the virus may take hold again.

What is coronavirus (COVID-19)?

The coronavirus Disease (COVID-19), is a respiratory disease that first appeared in China and has never been experienced before by humanity. Its origins can be traced back to animals and human-to-human transmission causes the disease to spread. As yet there is no vaccine.

The Chinese government put measures in place to restrict movement in order to help control the spread of the coronavirus, but this inevitably put pressure on the global solar module supply chain.

Manufacturers such as Trina Solar Ltd. were quick to sound the alarm over productions delays even at the start of the crisis. Developers like Manila Electric Co. in the Philippines warned that projects would be held up.

These warnings are a reminder of China’s importance in the global supply chains involved in building clean energy plants and reducing the pollution which is damaging global climate.

Solar panel prices, production, and supply are likely to continue to be in a state of turmoil in the thick of the coronavirus outbreak.

It is plain to see that coronavirus is not only affecting the health and wellbeing of the global population but is also beginning to have a devastating effect on the stock market and economies across the world and the solar industry is not immune from this.

Solar prices are expected to rise as the cost of PV modules increase as a direct result of the virus outbreak. This is largely due to shortages of module glass and wafers needed to create these systems.

Wood Mackenzie senior analyst in the energy transition research team Xiaojing Sun said that although factories on the Chinese mainland would feel the worst of the impact, many solar manufacturing plants outside of China which rely on Chinese imports of raw materials like aluminium framing and PV glass will also feel the brunt of the virus’ impact.

The Chinese Photovoltaic Industry Association reported that it expects that the solar industry in China will not return to normal until the middle of 2020.

The group has requested the Chinese government to postpone tariff cuts for domestic projects. The tariff cuts currently due at the end of March are meant to encourage solar plants to compete on their own against conventional fuels such as oil and natural gas. According to the Global Wind Energy Council, Chinese wind power utilities have also asked policymakers to extend the feed-in tariffs for onshore installations beyond this year. The present policy requires wind farms that are cleared for construction through 2020 to be completed by 2021 to qualify for subsidies.

There is no doubt that the degree to which the solar and storage industries are impaired depends on how quickly China’s enormous clean energy supply chain can return to full production.

The UK’s Renewable Energy Hub has cautioned that the continued spread of the virus will slow down the global deployment of renewables. BloombergNEF has already downgraded its outlook for solar and wind installations in China this year. Analysts are forecasting a maximum of 43 gigawatts of solar installations this year from 45 gigawatts before. Their most pessimistic forecast is for 31 gigawatts compared with at least 37 gigawatts estimated previously. Last year China was responsible for adding 30 gigawatts according to the industry association.

Analysts and industry groups are indicating the potential for higher costs and a hit to overseas operations, especially if the outbreak continues to the middle of the year. Green manufacturers will not be granted any special dispensation.

There are already many reports of delays to solar projects. A Manila Electric unit said that they have two solar projects that will be delayed for months due to the solar panels being stuck in Hubei, China. China’s New Energy Chamber of Commerce has reported that production has been disrupted and will impact shipments of equipment to overseas markets. Its members include leading panel makers Trina, JinkoSolar Holding Co., Tongwei Co., and LONGi Green Energy.

According to the Gofa Institute, a wing of the government’s National Energy Administration, PV production capacity has been hit in Jiangsu province, where more than 60% of China’s solar panels are made though these manufacturing plants are “gradually recovering”.

In France, Claire Waysand, interim chief executive officer of the utility and developer Engie SA, said that coronavirus will hold up some solar and wind projects for “a few weeks” as some of the suppliers of PV panels and blades for wind turbines are Chinese.

It appears that so far it is the solar industry that has suffered the most with wind turbine makers bouncing back. With over 70% of the world’s solar panels being made in China, a disruption of the supply chain in China will impact the solar market globally. Though some countries won’t feel the effects immediately, other countries such as India and Australia are already feeling the strain. Like the rest of the world the solar industry can only watch and wait to see if the battle to conquer coronavirus can be won. 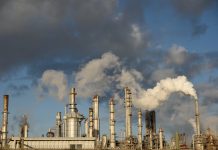 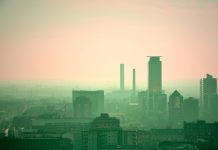 Spearheading energy efficiency in the UK

From Open Science to Open Innovation: The ATTRACT Project