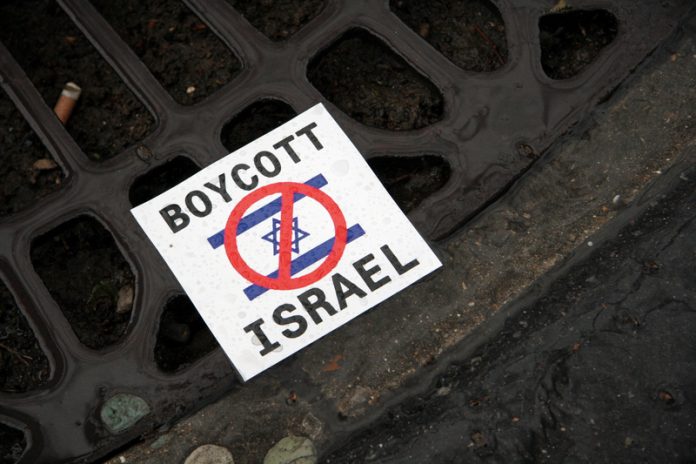 Communities Secretary Sajid Javid has unveiled plans to prevent council boycotts of companies and countrie unless they fall in line with central government policy.

“No council should be boycotting any company or country unnecessarily – instead their main focus should be delivering the value for money taxpayers rightly expect.

“We will clampdown on these inappropriate and needless boycotts once and for all.”

Leicester City Council, Swansea City Council and Gwynedd Council all passed motions to boycott products from “illegal Israeli settlements in the West Bank, until such time as Israel complies with international law and withdraws from Palestinian occupied territories” between 2010 and 2014. Claims of discrimination were later dismissed by the High Court.

The government published ‘guidance’ a year ago warning councils against what it called ‘inappropriate procurement policies’, but the new steps are set to go a step further and make such practices illegal.

The news was warmly welcomed by the Board of Deputies of British Jews, who said: “We warmly welcome the Government’s measures to prevent town hall boycotts against Israel. These boycotts are divisive and undermine good community relations.”

No statement has yet been made by the Local Government Association, but the Financial Times reported last February – after the rules around pensions had been introduced – that councils “will always seek to promote democratic values”, which might include “taking ethical considerations . . . into account where due process allows”.