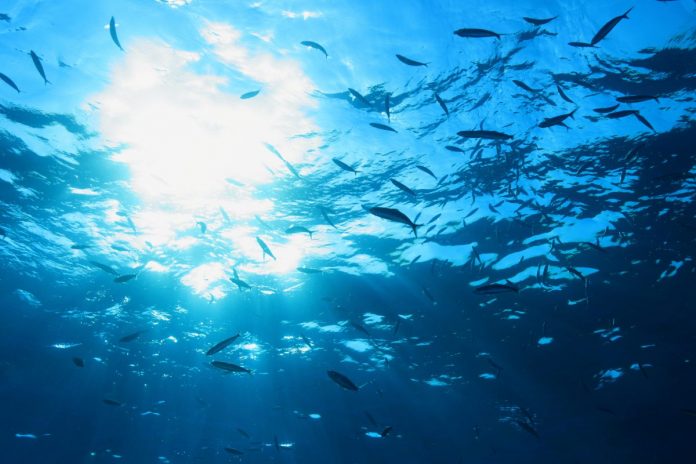 Freshwater fish stocks are experiencing a worldwide decline. In fact, during the twentieth century, freshwater fishes had the highest extinction rate among vertebrates. In order to take action against the drastic loss of fish diversity, it needs an understanding of the causative factors.

One factor that has been associated with the decline in fish stocks is the chemical pollution of freshwaters. Catastrophic events, such as acute fish kills, as well as the extinction of many fish species during the 1950s and 1960s in European and Northern American freshwaters, created concern about the possible adverse consequences of toxicant release into the aquatic environment. Many of the adverse effects observed were caused by “macro pollutants”, which were found at high concentrations (µg/L to mg/L) in freshwaters.

Measures such as chemical regulations and improved wastewater treatment technologies have led to a substantial reduction of freshwater pollution by macro pollutants. However, with this the issues caused by “micro pollutants” (ng/litre to low mg/litre) became evident. Micro pollutants include substances such as pharmaceuticals which are biologically active at (very) low concentrations and can affect fitness traits such as reproduction or behaviour, which are critical for population recruitment. An example to the case are endocrine-disrupting compounds (EDCs). Attention to EDCs was sparked by numerous observations on developmental abnormalities and reproductive dysfunctions in fish and in other wildlife species which were caused by the interference of the EDCs with endogenous hormone metabolism or action. Particularly estrogen-active compounds such as 17β-estradiol (E2) or the contraceptive pill component, ethinylestradiol (EE2), which are excreted via urine and reach the aquatic environments via sewage treatment plants, were found to disrupt sexual differentiation and reproductive fitness of fishes. A compelling study on the impact of estrogen-active compounds on fish populations was conducted in Canada where a whole lake was contaminated with EE2 (at approximately 5 ng/L), leading to recruitment failure and extinction of the fathead minnow (Pimephales pimephales) population.

While the majority of research and regulatory actions on EDCs focused on their effects on reproduction, hormones have multifaceted actions and regulate a broad variety of biological functions, and thus may impact fish stock populations through a variety of physiological pathways and life history traits. One potential target system of estrogenic EDCs that our group has been focusing on recently is the immune system. An immunomodulatory role of estrogens is well documented in mammals. Our research also revealed that in fish, immune pathways and functions are under estrogen regulation. This leads to two key questions: first, what are the relative sensitivities of the reproductive and immune systems of fish to estrogenic EDCs? In previous studies, our group could show that, for instance, EE2 disturbs the sexual development and reproduction of fish at the environmentally realistic concentrations of 1-2 ng/L. Such low concentrations appear to be immunodisruptive as well. This means that an exposure scenario that would induce reproductive disturbances of fish would simultaneously interfere with immune functions. This leads to the second question: are there adverse consequences of an estrogen-induced disturbance of the fish immune functions? Adverse effects of estrogen exposure become evident not necessarily in the resting immune system, but after a challenge with infectious pathogens as an additional stressor. In their environment, fish are constantly exposed to pathogens. Under favourable conditions, the fish immune system is able to fight (most of) these agents to prevent disease. However, under unfavourable conditions, for instance, under co-exposure to estrogenic EDCs, the fish may become susceptible to the infectious agent and disease develops. In fact, we could demonstrate that fish exposed to estrogenic EDCs show a higher infection prevalence, stronger disease intensity and elevated disease-related mortalities after pathogen exposure when compared to non-exposed fish (see Figure 1). The conclusion from this is that estrogenic EDCs may impact fish stocks not only via impaired reproduction but also via enhanced pathogen susceptibility.

The example of the estrogenic EDCs illustrates that to understand the role of chemical contaminants in the continuing decline of freshwater fish stocks, we have to consider on the one hand the “multi-target” toxicity of chemicals, that is their ability to impact a variety of fitness-relevant functions, and, on the other hand, potential “multiple stressor” effects, that is the combined effects of toxic chemicals with other environmental stressors. Diseases are a key factor in controlling fish population abundance, but this mechanism can get dysfunctional in combination with anthropogenic stressors such as toxic chemicals or global warming. Clearly, for understanding the reasons for the decline of freshwater fish stocks, we have to go beyond linear cause-effect thinking and/or the isolated consideration of single factors, but we have to go “multi” (Figure 2).

Centre for Fish and Wildlife Health