Public spending watchdog the National Audit Office (NAO) has revealed devolution to English regions has had a “mixed and inconclusive” impact on local economies.

Many regions across England opted for devolved powers from Westminster in the hope it would give them more control over their local area. However, the NAO said it had simply served to add even more complex layers to an already complicated system of local government. The NAO warned these extra powers must drive growth.

NAO head Amyas Morse said: “For combined authorities to deliver real progress and not just be another curiosity of history like other regional structures before them, they will need to demonstrate that they can both drive economic growth and also contribute to public sector reform.”

Candidates campaign beyond their remit

The watchdog also warned that regional mayoral candidates often campaigned based on manifesto ideas that could not be fulfilled within the scope of the position.

“This raises the question of whether mayors can be credible local advocates if they only deal with the limited issues under their remit,” the report stated.

Creating combined authorities to deliver services such as transport and to improve the economy was described as a logical decision. However, the NAO said there was no evidence to support the assumption there was a link between investment in transport system and local economic growth.

The report stated: “Evidence that investment, decision-making and oversight at this level is linked to improved local economic outcomes is mixed and inconclusive. Combined authorities themselves often assume in their plans that there is a strong link between investment in transport and economic growth, for example.”

A Government spokesman said: “Devolution to English regions is working. The Government is injecting a combined £4.8 billion in six local areas across the country, as well as significant powers to boost growth – meaning more homes, jobs and better transport.” 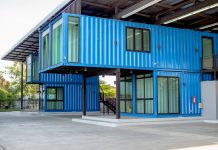 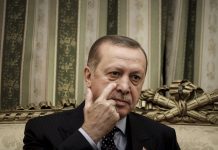