Home Open Access News Health & Social Care News Do we know the cause of asthma and COPD? 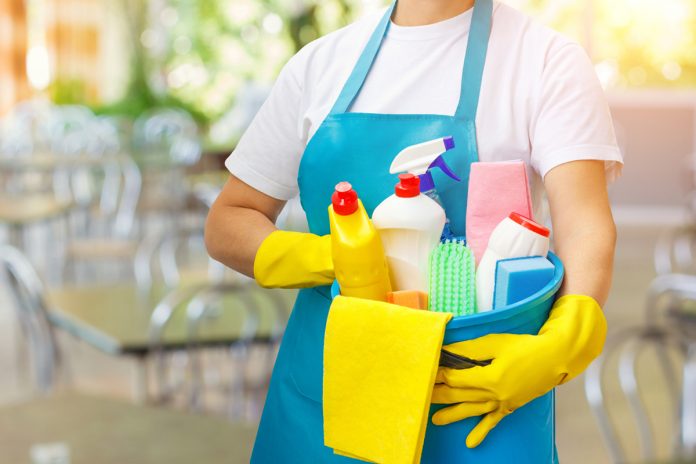 Michael Roth, Research Group Leader at the University Hospital Basel & University Basel share his expertise on asthma and COPD, the most prevalent chronic inflammatory diseases of the lung globally

Asthma and COPD (smoker’s lung) are the most prevalent chronic inflammatory diseases of the lung all over the world. The WHO (World Health Organization) estimated in 2015 that both diseases together affect more than 400 million people with increasing incidences. The available data from Europe implied that asthma and COPD are largely under- or wrongly diagnosed and therefore many patients receive inadequate treatment.

New epidemiologic studies suggested that in Europe and the Americas the increase of asthma and COPD is slowing down, while it is rapidly increasing in Asian countries. The data published from Africa reflects mainly the situation in the Republic of South Africa and the other countries show a high variability of prevalence which may be due to missing data or that chronic “coughing” is not regarded as a major problem by many. The causes of the increasing prevalence of asthma and COPD over the past decades are unclear.

Major problems with asthma and COPD are: (i) insufficient understanding of the events initiating the pathogenesis, (ii) no clear diagnostic marker(s) for either disease, thus lengthy and repetitive assessments of lung function under different conditions are needed, (iii) acute attacks and inflammation can be controlled by anti-inflammatory and muscle relaxing drugs, but there is no lasting cure available and (iv) airway wall remodelling is irreversible and does not respond to any known drug.

Asthma is a disease of the airways which limits breathing. The global initiative for asthma (GINA 2017) defined asthma as follows: “Asthma is a heterogeneous disease usually characterised by chronic airway inflammation. It is defined by the history of respiratory symptoms such as wheeze, shortness of breath, chest tightness and cough that vary over time and intensity together with variable expiratory airflow limitation”.

This definition is open to interpretation and reflects how little we know about the disease. The fundamental initiating cause(s) of the pathogenesis of asthma is unknown. New studies imply that the long-prevailing assumption that chronic inflammation of the airway is the major cause of all other asthma pathologies has to be revised and the American Thoracic Society stated in 2016 that asthma may only become curable after understanding the cause of airway tissue remodelling.

Different types of asthma have been defined, such as allergic asthma, which develops often together with other atopies of the patient. Seasonal asthma is when a patient is allergic to a natural allergen, such as grass pollen that occurs only during a limited period during the year. Occupational asthma, a type of allergic asthma, is caused by repetitive exposure to chemical, drugs, or agricultural products.

Patients with allergic asthma have often increased IgE and humanised anti-IgE-antibodies are an effective new form of therapy. Anti-IgE-therapy effectively reduces inflammation and it was suggested that it also reduces airway wall remodelling. However, there are insufficient clinical data available to prove a benefit of anti-IgE antibodies on airway wall remodelling.

Non-allergic asthma accounts for approximately 40% of all patients and can be caused by inhaling cold/hot air, psychologic stress, or exercising. Exercise-induced asthma is known from many Olympic athletes, especially those performing in water or winter sports. It is estimated that more than 50% of these athletes suffer from asthma during training. But the mechanism how changes of the water content in the inhaled air lead to an asthma attack remains unknown. Epigenetic mechanisms are currently investigated but it is too early to draw conclusions.

Less well understood is the pre-condition for asthma, so why do not all allergic people develop asthma? For sure hormones affect the susceptibility to asthma, but how they do it is not well investigated. Hormonal changes as they occur during puberty, menopause or as reduced androgens in men often affect the course of asthma in both ways: (i) During puberty many children lose their asthma; while (ii) Later in life hormonal changes often lead to more severe types of asthma. Thus, the pathogenesis of asthma has to be re-investigated.

COPD is defined as: “Common preventable and treatable disease that is characterised by persistent respiratory symptoms and airflow limitation that is due to airway and/or alveolar abnormalities, usually caused by significant exposure to noxious particles or gases.”

In Europe and the Americas cigarette smoking is the major cause of COPD, which develops in 20% of smokers. The fact that “only” a fifth of smokers develop COPD raises the question of a pre-condition, which is largely unknown. Some studies imply that the stage of lung maturation may set the lung to develop COPD like symptoms later in life. Two percent of COPD patients develop the disease as the result of a genetic disorder, alpha1-antitrypsin deficiency.

In other areas of the world open fire cooking and heating is the major cause of COPD, often combined with cigarette smoking. However, earlier this year, it was reported that additional causes of COPD have been identified, especially compounds contained within ordinary household cleaners.

This topic was picked up by many daily newspapers and stirred a discussion how serious the underlying investigation had been. Such reports should be taken with care since there is no information available on how many cleaners suffer from this type of COPD and how frequent the exposure to cleaning detergent must be to cause COPD.

Another question is if the symptoms were correctly diagnosed and not confused with occupational asthma. Inhaled vaporised chemicals or aerosols are assumed to damage the airways, but the type of damage and how it occurs must be investigated in more detail.

The major problem for such studies is the use of household cleaners. Most often, a cleaning person will use different cleaner types for different tasks on one job. This opens the possibility that the COPD causing effect will only happen when different cleaning detergents are inhaled in a certain pattern. The chemicals will then react in the airway and damage the epithelium and the tissue beneath.

COPD shares many pathologies with asthma and at early stages shows chronic inflammation and airway wall remodelling. However, remodelling is found more in the small airways while in asthma this feature occurs in the large-medium sized airways. At late stages of COPD, the lung structure disintegrates which led to the hypothesis that COPD is the result of an imbalance between tissue building and degrading enzymes.

Similar to asthma, it has been postulated that exposure to risk factors during late pregnancy and/or early childhood pre-dispose the lungs to develop COPD later in life, but a final proof of such an epi-genetic pre-dispositioning will be difficult to prove. It is also indicated that COPD is not as specific for the lung, which is the just the organ where it manifests first. Therefore, new studies on the interaction between the different lung tissue forming cells and the immune system have to be undertaken, as well as studies that take the response of other organs with the lung into account.