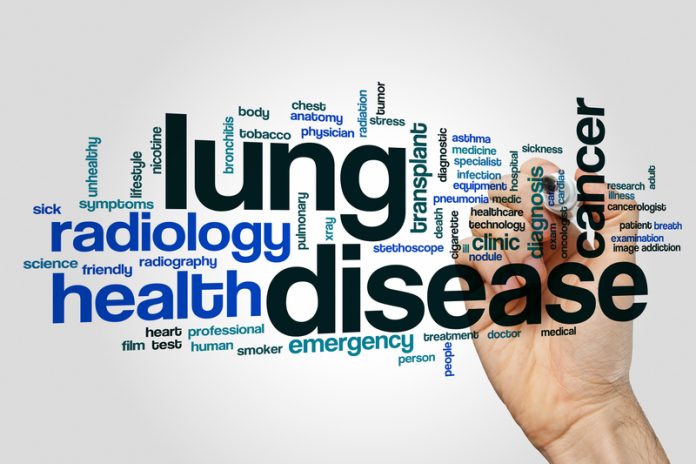 The British Lung Foundation’s statistics on lung disease in the UK were compiled as part of their Respiratory Health of the Nation project by teams at St George’s University of London, Nottingham University and Imperial College London. Surveys of the general population suggest that approximately 12.7 million people in the UK (approximately 1 in 5) have a history of asthma, COPD or another longstanding respiratory illness. Half of these (about 6.5 million people) report taking prescribed medication for lung disease in the last year.

According to GP statistics, there are over 32,000 new cases of lung cancer and over 2,000 new cases of mesothelioma annually. However, these are likely to underestimate the true incidence of cancer, because the diagnosis may be made in a hospital during a terminal illness, or post-mortem.

Acute respiratory distress syndrome (ARDS) or shocklung, is a life-threatening condition in which the lungs become severely inflamed. It can be triggered by an infection such as pneumonia. You’ll usually need to be admitted to an intensive care unit to be treated.

Over half of the deaths from lung disease in the UK are due to lung cancer and COPD. Both conditions are strongly linked to tobacco smoking, which is also a risk factor for pneumonia, another leading cause of death. In 2012, 6.2% of all UK deaths were due to lung cancer, 5.3% to COPD and 5.1% to pneumonia.

In 2012, there were 2,435 deaths in children aged 0−14 years. Of these, only 262 were due to lung diseases and 102 to cardiovascular disease. Most of the deaths (74%) were from other causes. Of the 262 deaths from lung disease, 115 were the result of perinatal conditions (present in the time immediately before and after birth) and congenital respiratory conditions (present at birth, either inherited or caused by environmental factors). Large numbers of deaths in this age group were caused by pneumonia (58) and acute LRTI (25).

In 2012, in people aged 15–64 years, lung diseases caused 16% of all deaths among the major disease groups. Cardiovascular disease was responsible for 20%, non-respiratory for 31% and other causes for 33%. Of the 13,739 deaths from lung disease in this age group, lung cancer caused 8.4%. Deaths from cystic fibrosis were higher in young adults (105 deaths) compared with children (four deaths) and people over 65 (two deaths).

In 2012, 476,510 people over the age of 65 died. Of these, 100,224 died from lung disease – the highest number among all age groups. In people over 65, among major disease groups, lung diseases cause 21% of deaths and cardiovascular disease causes 30% – higher figures than for any other age group

Death rates are affected by many factors, including:

Hospital admissions and bed-days due to lung disease

Lung diseases place a heavy burden on health services. One way of attempting to measure the scale of this burden is to calculate the number of hospital admissions and bed-days due to lung disease. However, it should be noted that these figures are only the tip of the iceberg. Because of the nature of conditions such as asthma and COPD, many patients are managed in the community and are never admitted to hospital because of their lung condition.

Relative risk is used to compare risk in different groups of people. In medical research, all sorts of groups are compared to others to see whether belonging to one group or other puts you at greater risk of something. In this instance, relative risk has been used to see how people’s risk of being admitted to hospital for any lung disease varies according to where they live in England, Scotland and Wales.

You can find out how these figures were calculated. To find out more, please visit: https://statistics.blf.org.uk/ lung-disease-UK-big-picture

For the past 3 years, the British Lung Foundation has been investigating the impact of lung disease in the UK. Their report, the battle for breath, examines the overall extent and impact of it across the UK. It also takes a closer look at the impact of 15 major lung conditions.

The new report is a valuable resource for policymakers, researchers, health care providers and more. It explains in detail the new findings and the changes that need to be made to tackle them. You can view the statistics website here.

The key findings were:

You can read more and see BLF’s 6-point action plan for change in the full report, here.