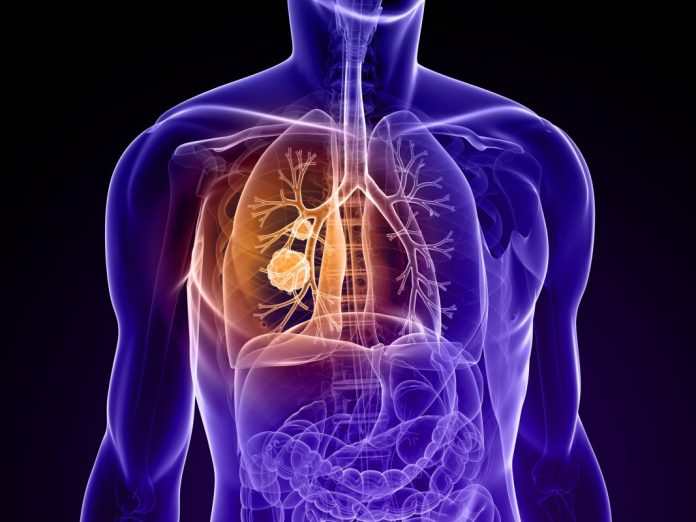 For the first time, the number of European women who have died as a result of lung cancer is expected to be higher than the rates for breast cancer

According to the research, which appeared in the journal Annals Of Oncology, the UK and Poland have the highest lung cancer forecast for this year, with death rates for women estimated at 21 and 17 per 100,000 of the population respectively.

Spain had the lowest figures, with just eight women per 100,000 predicted to die from the disease.

Overall, the forecast suggested that 87,500 European women will die of lung cancer this year. Although the figure stands at 90,800 for breast cancer it is expected death rates of lung cancer will surpass this.

Lead researcher Professor Carlo La Vecchia, from the University of Milan in Italy, said: “UK and Polish women, particularly UK women, have long had much higher lung cancer rates than most other European countries (except Denmark, which is not considered separately in this study).

“This is due to the fact that British women started smoking during the Second World War, while in most other EU countries women started to smoke after 1968.

“It is worrying that female lung cancer rates are not decreasing in the UK, but this probably reflects the fact that there was an additional rise in smoking prevalence in the UK as well in the post-1968 generation – those born after 1950.”

The research examined the rates of cancer in 28 EU member states, and also the six largest countries: France, Germany, Italy, Poland, Spain, and the UK. The scientists involved assessed overall trends in cancer, as well as looking at the incidence of individual cancers.

Professor La Vecchia added: ‘We still have to be cautious about the lung cancer rates in women since these are predictions.

“The data for real death rates in 2015 in the EU as a whole will be available in three to four years.

“Further caution is required due to the fact that the absolute numbers of deaths in 2015 remains higher for breast than for lung.

“However, the 2015 predictions confirm our projections on long-term trends made two years ago that lung cancer death rates would overtake breast cancer in women around 2015.”

Co-author Professor Fabio Levi, from the University of Lausanne in Switzerland, added: “While the downward trends in overall cancer death rates is good news, smoking still remains the greatest cause of cancer deaths in the EU.

Dr Penny Woods, chief executive of the British Lung Foundation, said she was not surprised by the results, but said it demonstrated how poorly the UK measures up to the rest of Europe.

“Lung cancer rates in UK women far exceed those of their EU neighbours – and should be a cause of national embarrassment,” she said.

“More than four in five cases of lung cancer are caused by smoking. It is essential that women – and men – quit smoking to lessen their chances of developing this condition or, better yet, never start at all.

“If we are to reduce the death toll of this devastating cancer, we must see it given the same level of investment in research as we have seen afforded to other cancers, such as breast cancer.

“It is also essential we see greater awareness of signs and symptoms, such as a persistent cough, to improve early diagnosis.”