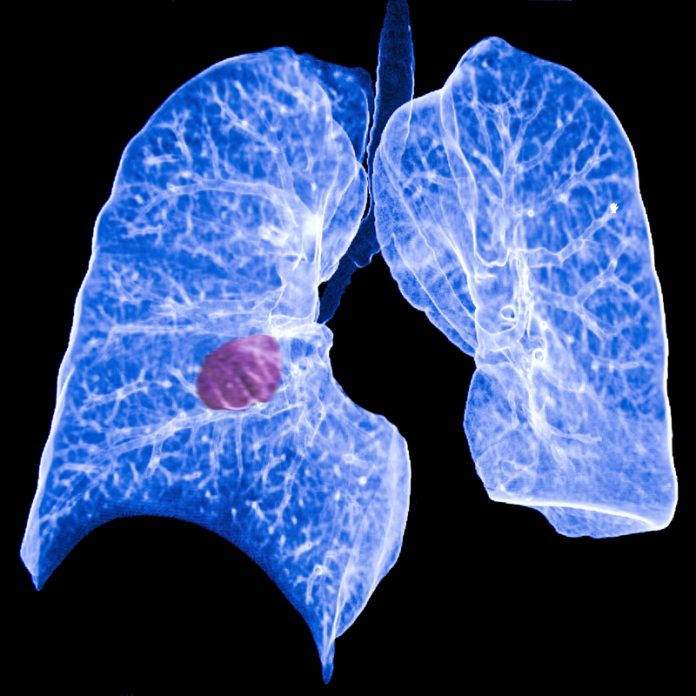 The events of Tuesday 21st November 2017 have the potential to change the lives of thousands of people in England. It was the day NHS England finally prioritised early detection of lung cancer.

As the UK’s biggest cancer killer, you can be forgiven for asking why it is only now that lung cancer is having a moment in the spotlight. Lung cancer is a complex disease and can be difficult to diagnose. It is also an illness with a certain perception due to its association with smoking. According to a recent survey by the Global Lung Cancer Coalition (GLCC), 1 in 4 people have less sympathy for people with lung cancer than those with other cancers.

Nearly 36,000 people die of lung cancer every year. That’s one person every 15 minutes. It’s also more than breast, cervical and bowel cancer combined, the three cancers which all have an existing NHS screening programme.

Whilst the proposed scheme is a health check rather than a screening programme, the essence of it and its aim are the same – find cancer at the earliest stage when it is easiest to treat.

People with early-stage lung cancer have up to a 73% chance of surviving for 5 years or more, staggeringly higher than the current one, 5 and 10-year statistics which stand at 38%, 10% and 5% respectively.

Compare survival rates to breast, cervical and bowel cancers and it is easy to see why these lung health checks are desperately needed and something we know works.

In 2017, we started to fund our own Lung Health MOT Check in Nottingham. Patients from five surgeries were invited to attend with those considered high risk offered a CT scan. The scheme has already started to identify people who, unbeknown to them, have lung cancer.

“I had a call about the check and thought I may as well go. I’d had a cough for a while but wasn’t concerned about it and I certainly wouldn’t have thought to go to the doctors. I try not to pester my doctor for little things.

“At the initial appointment, I was told I needed to have a CT scan and then a PET scan. They then confirmed they had found a cancerous mark on my lungs. I was surprised. I hadn’t been ill and had no real symptoms.

“A week later, I was admitted to hospital and had an operation. On 7th November I was given the all clear. The whole process took just two months.

“Going to the lung health MOT check was definitely the right decision. It saved my life.”

The health check also found a number of people with small nodules on their lungs. These are not currently malignant. However, they will now undergo interval CT scanning to monitor any growth or changes.

Without our health check, it is highly likely these people would have stayed under the radar and remained undiagnosed even if the nodule grew. Now, any changes would mean they should be diagnosed at a very early stage and be offered potentially curative treatment.

Whilst this is a definite step forward, it is by no means job done.

As with the existing screening programmes, the lung health check will only be available to certain people, typically those aged between 60 and 75 with a history of smoking. This is because lung cancer predominately affects the older generation and people who have smoked; approximately 85% of cases are smoking-related.

Yet, it is crucial to also consider the 15% of people who haven’t smoked and the younger generations because, as we know all too well if you have lungs, you can get lung cancer. We, therefore, have to find simple and cost-effective ways to detect lung cancer.

We are currently funding research that looks to identify biomarkers for lung cancer including blood and sputum. If we can do that then Katie – the 34-year-old woman who endured six months of tests before being given a terminal diagnosis, Tom – the 48-year-old man who is now the third generation in his family to have incurable lung cancer and Danny – the 27-year-old dad to a beautiful little girl may have had the option of curative treatment.

Tuesday 21 November 2017 has the potential to be a hugely significant day in the future of lung cancer survival and we intend to make sure it happens. Roy Castle Lung Cancer Foundation is the only UK charity dedicated solely to beating the UK’s biggest cancer killer. The charity has invested millions of pounds into research into the early detection of lung cancer, played a major role in the introduction of the ban on smoking in public places and has supported thousands of people living with lung cancer.

Social care is in crisis, but technology is here to help