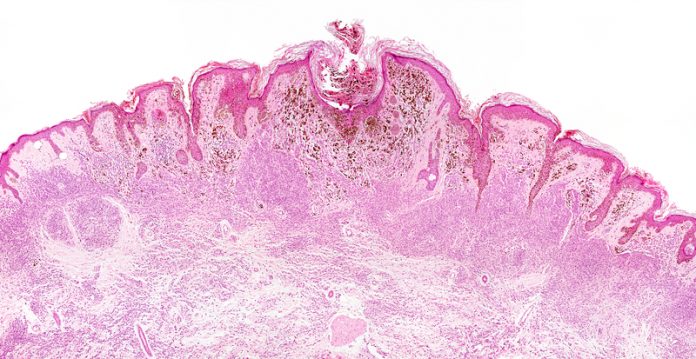 Early stage cancer diagnosis has always been a crucial step for timely cancer management. While conventional diagnostic methods have relied on tissue biopsymethodsbio for cancer diagnosis, there is a growing focus towards the use of bio-fluid samples for cancer profiling applications as it offers a minimally invasive or non-invasive screening method. Tissue biopsy methods only provide a snapshot of cancer heterogeneity and are often limited by sampling bias.

Additionally, rapid advances in nanotechnology have also fuelled enhanced cancer imaging applications and are increasingly facilitating early tumour detection. Researchers are looking to develop nanoscale devices that can be conjugated with functional molecules, such as tumour-specific ligands and antibodies for nanoscale imaging applications across personalised cancer therapy.

As nanoprobes tend to be 100 to 1,000-fold smaller than cancer cells, they can be easily transported through the blood to interact with tumour-antigens on or inside cancer cells. Therefore, nanoscale contrast agents are being developed for diverse imaging applications that use positron-emission tomography (PET), computed tomography (CT), magnetic resonance imaging (MRI), and ultrasound (US) technologies.

Although CTCs are released spontaneously into the peripheral blood either from a primary lesion at the early stage of cancer development or a metastatic lesion generated into distant metastases, circulating tumour cells (CTCs) have demonstrated to appear in the bloodstream suddenly early. Indeed, a number of well-renowned studies have corroborated the hypothesis that appoints CTCs as relevant markers in predicting disease progression and survival. Liang and Fu, 2017, have published an exhaustive review of them, clearly depicting how circulating tumour DNA (ctDNA) can encode tumour specific sequences and reveal specific genotype information of a tumour to be used as liquid biopsy, potentially replacing tumour biopsy.

On that note, ctDNA is expected to promptly monitor tumour progression and therapeutic responses to various types of solid cancers. In addition, single-cell technology can provide new ways for cancer diagnosis and treatment by detecting other types of rare tumour cells, such as cancer stem cells (CSCs). These cells may be indicative of early tumour dissemination.

Furthermore, single-cell technology enables to differentiate intratumour heterogeneity (ITH) in solid tumours by examining genotypes via single-cell sequencing (SCS) on patient-derived xenograft cells. Epigenetics in cancer research has gained significant attention during the past decade. Epigenetic alterations such as DNA methylation, histone modification, chromatin remodelling and non-coding RNA regulation are known to encompass the process and evolution of tumourigenesis. As a result, such epigenetic alterations can work as biomarkers for early diagnosis and may also become new targets for cancer prevention and treatment. Single-cell technology remarkably helps during this process by facilitating the definition of epigenetic states within a population of tumour cells even in conditions of important cell heterogeneity and stability.

Stelzer et al., 2015, has reported a series of case studies in which genomic methylation allowed the investigation of dynamic DNA methylation changes during early stage disease development at single-cell resolution.

It is important to highlight that ITH still remains as the major obstacle to develop effective early stage, personalised, diagnostic tools and anticancer therapeutics. In addressing this concern, single-cell technology has significantly optimised treatment strategy through singlecell RNA sequencing, while single-cell pharmacokinetic imaging has come into sight as a formidable tool in revealing the principal mechanisms of drug resistance in tumours. Van Cauwenberghe and Iyer, 2017, have unveiled targeted and personalised therapeutics are likely to transform the existing precision medicine landscape in a research report recently published by Frost & Sullivan.

From an imaging standpoint, nanotechnological advances have often been limited by inconsistencies in nanoparticle transport to cancer tissues, which leads to errors in cancer assessment. Additionally, differences in the tumour microenvironment across primary and metastatic sites lead to significant differences in nanoparticle distribution. Therefore, there is a growing need to develop bespoke targeted nanoparticle imaging agents that are ideally suited for the relevant tumour microenvironment.

However, the most commonly used markers for cancer liquid biopsy assays include ctDNA, CTCs and exosomes. ctDNA is often the preferred liquid biopsy marker as it very closely matches the corresponding tumour DNA and can be used to identify clinically relevant mutations within those tumours.

Currently, several PCR-based technology platforms are commercially available for ctDNA analysis. Some of the prevalent technologies include Bio-Rad’s droplet digital (dd) PCR and MDxHealth’s methylation-specific (MS) PCR technologies. Bio-Rad is also looking to combine NGS with ddPCR platforms, which may fuel a paradigm shift in the enhancing the sensitivity of liquid biopsy technologies.

Rapid technological advancements and plummeting sequencing costs have also fuelled the increasing use of next-generation sequencing (NGS) methods for ctDNA assessment. There are several companies, such as Guardant Health, Cancer Genetics Inc., MDxHealth, Roche, and Qiagen, which offer NGS platforms as part of the company’s product or service solution for analysing ctDNA mutations.

CTCs comprise cells that have metastasised from the tumour origin into the circulatory system.  Technologies that assess CTCs typically comprise the evaluation of cancer-specific biomarkers present in the CTCs derived from blood samples. Several companies, such as Cytolumina Technologies Corp and Janssen Diagnostics, are currently using imaging, cytometry and immunoassay methods to detect cellular and proteomic markers in CTCs. However, there are emerging platforms that also use NGS and microfluidic technologies for CTCs assessment

EVs, another emerging biomarker for liquid biopsy test, primarily consist of several vesicular bodies such as apoptotic vesicles, ectosomes, microvesicles, microparticles, oncosomes and exosomes secreted by living cells into the extracellular space. Several upcoming technologies, such as that offered by Exosome Sciences and Exosome Diagnostics, are looking to leverage exosome evaluation for cancer profiling and treatment monitoring applications. As EVs contain genomic, transcriptomic, proteomic and metabolomic biomarkers, there are several methods that can be used to quantitate EVs or its components for disease profiling and monitoring purposes.

Checkpoint-inhibitor therapy is a new and rapidly emerging area of cancer treatment. However, it is often limited by patient responsiveness. Hence, there is a need to develop tools that will help predict treatment response for immunotherapy approaches. Interestingly, recent research at University of California San Diego School of Medicine has revealed that a liquid biopsy test can predict the efficacy of cancer checkpoint-inhibitor therapy. The research revealed that tumours with most mutations are most likely to respond well to checkpoint immunotherapy. This finding could help select cancer patients for immunotherapies.

Advances in microscopic resolution from 100s of nanometers to 10s of nanometers have enabled high-quality imaging and can be leveraged for several biomedical applications, including early cancer diagnostics. For instance, 3D Light MicrOscopical nanosizing microscopy (LIMON) can be very useful for precision oncology applications.

A spin-off from Oxford University, Oxford Nanoimaging, focuses on the development of super-resolution microscope that provides a resolution of 20 nanometers. This unique platform can be leveraged for live cell imaging and sub-cellular interaction studies and may provide useful molecular insights across cancer pathogenesis and progress.

According to Frost & Sullivan investigations, the global market for cancer diagnostics in 2016 reached $2.6 billion. The global cancer diagnostics market is expected to rise to nearly $4.8 billion by 2021, growing at a compound annual growth rate (CAGR) of 13.4% from 2016 to 2021.

Frost & Sullivan’s analyses reflect the advent of singlecell technology and the impact generated by such developments in the cancer diagnostics market. Singlecell technology has provided during the past five years a powerful tool in resolving ITH into distinct morphological and phenotypic profiles at early stages.

Rare cancer cells including CTCs and CSCs can be detected by using single-cell technology. Moreover, ITH unveiling the mechanism of tumour metastasis as well as epigenetic alterations can be investigated with the aim to improve understanding of the biological characteristics that exhibit the occurrence of cancer events.

While diverting technology focus toward nanoscale cancer imaging platforms, it is important to note that market adoption of nano-enabled biomedical imaging is sustained by a steady move from imaging at the micro- to nano-level. A growing global demand for high end microscopes, rising innovations in image sensors and image processing tools are enabling enhanced image quality for driving informed clinical decisions, especially across cancer settings.