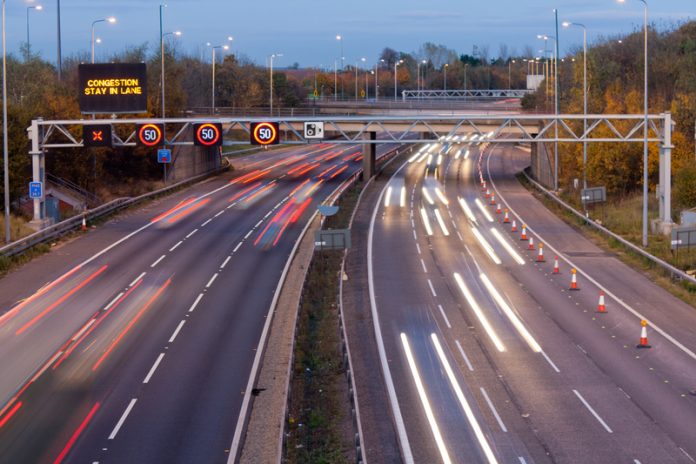 Greater Manchester’s smart motorway went live on Tuesday 31 July on the final M60 section, meaning that the whole of the motorway between junction 8 of the M60 at Sale and Junction 20 of the M63 at Rochdale is fully-operational

As well as an extra running lane in each direction along the M62 between junction 18 and junction 20, intensive extra technology, such as CCTV cameras and electronic signs, has been provided along both M60 and M62 sections. Variable mandatory speed limits are guiding traffic along the motorway at steady speeds – tackling congestion and frustrating stop-start driving conditions.

Highways England senior project manager Jonathan Stokes, said: “Going ‘live’ this week marks the most significant milestone for this project. We would like to thank users of the M60 and M62 and people living around them for their patience and support over the last few years while we have worked to deliver this vital investment in what is an almost uniquely complex environment.

“Although this is the first smart motorway in the North West the system has been running successfully in other parts of the country for several years – including around Leeds – and we’re confident it will deliver safer, smoother and more reliable journeys.”

The removal of narrow lanes and completion of the project now paves the way for key sections of the M60 to be resurfaced – with the programme of overnight resurfacing and bridge maintenance set to begin later this month.

This is part of Highways England’s £100 million investment in maintenance work across the North West. The resurfacing will reduce the need for further maintenance, meaning less disruption in the long run. All work is taking place at night to minimise disruption to drivers.

Four more smart motorway improvements – worth £500 million and delivering 90 miles of extra lanes to the local motorway network – are also due to be constructed during the next few years. The first of these – the M62 junction 10 to junction 12 project which will link the M6 near Warrington to the M60 near Eccles – is due to start later this month while M56 (junctions 6 to 8), M6 (junctions 21a to 26) and M62 (junctions 20 to 25) schemes are also planned.