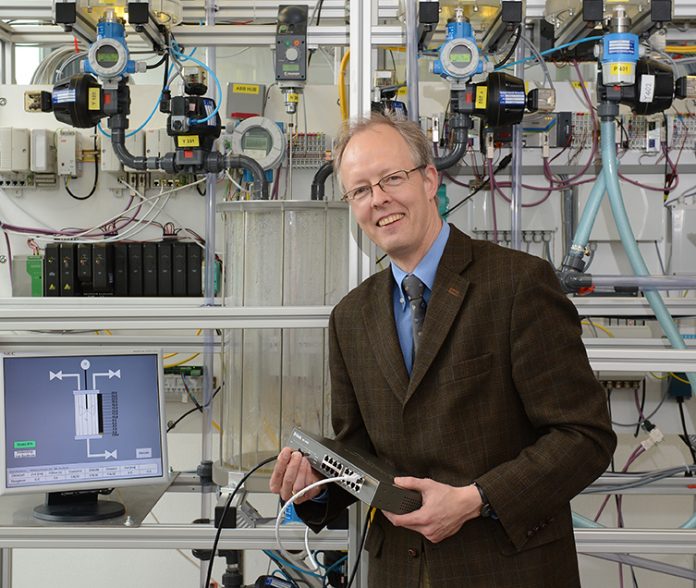 The engineering of huge and complex technical systems, such as buildings, production, transportation and energy systems, requires the coordinated contributions of different crafts and organisations over a period of several months or even years. The envisaged systems are usually one-of-a-kind, and the design and implementation has to be right first time, as the schedules and budgets do not allow expensive iterations. Such engineering projects tend to miss their deadline for several reasons, especially:

At the Automation Technology Institute at Helmut Schmidt University, Hamburg, Germany, a set of methods has been developed to cope with these challenges. These methods have been developed in cooperation with industrial partners, from SMEs to global market leaders in automation, and have been successfully transferred into industrial practice. In the below sections, some of these methods are outlined. In addition, during operation, maintenance and modernisation of complex systems, the need for manual retrieval of engineering information increases costs and impairs quality, and scientific methods can also be of advantage here, as pointed out in section 3.

Engineering involves creative development of new ideas, but also the careful execution of repetitive tasks, such as the selection of suitable system components and their specification and configuration, according to given requirements1. The latter can be supported by knowledge based methods2 and design patterns.3 Based on a formal specification, e.g. GRAFCET (IEC60848), software code can be generated automatically to safely run the system.4 Semantic Web Technologies have recently successfully conveyed engineering knowledge.1, 5 The systematic re-use of proven solutions can speed up engineering.6 Model-based approaches provide support in the time-critical phase of system commissioning.7, 8

a) and b): Methods to ease the seamless handover to avoid the loss of (a) time and (b) information

We foster the use of the meta-model concept of IEC62424 which supports interdisciplinary information collection and transfer in engineering projects.9 Our industrial partners have applied this successfully to the automatic generation of simulation models,10 for the integration of process modules into the process control system,11 and throughout the complete engineering process of a building automation system.12

Engineering documents hold valuable information to support engineering tasks during operation, maintenance, and modernisation, but to retrieve the information manually is cumbersome. We have developed methods to automatically retrieve such information from scanned and vector-graphic-based PDF documents,13 from legacy control system information,14 or from monitoring the behaviour of a system to create a discrete-event model of it.15 Information models, according to IEC62424, can ideally serve to hold the system’s structure and can be exploited e.g. to group and filter alarms, during plant operation.16

Though several methods have been developed, and model-based engineering has made significant progress during the last few years, there are still further challenges for the engineering of complex technical systems, especially regarding the software that controls these systems.17, 18 A combination and further development of methods from systems engineering, software engineering, artificial intelligence and related disciplines offers promising improvements, as is currently being explored in the framework of the “Industry 4.0” initiative to cope with increasing flexibility demands.19 In the future, we intend to continue to collaborate with companies and research institutes, and establish new research connections for joint research on the challenges of engineering.

2          Knowledge-based selection of principle solutions for sensors and actuators based on standardised plant description and semantic concepts. IEEE ETFA 2015.

9          Concept and development of a semantic based data hub between process design and automation system engineering tools. IEEE ETFA 2016.

11        Engineering method for the integration of modules into fast evolving production systems in the process industry. IEEE CASE 2015.

19        Systematisation approach for the adaptation of manufacturing machines. IEEE ETFA 2016.

Head of the Automation Technology Institute