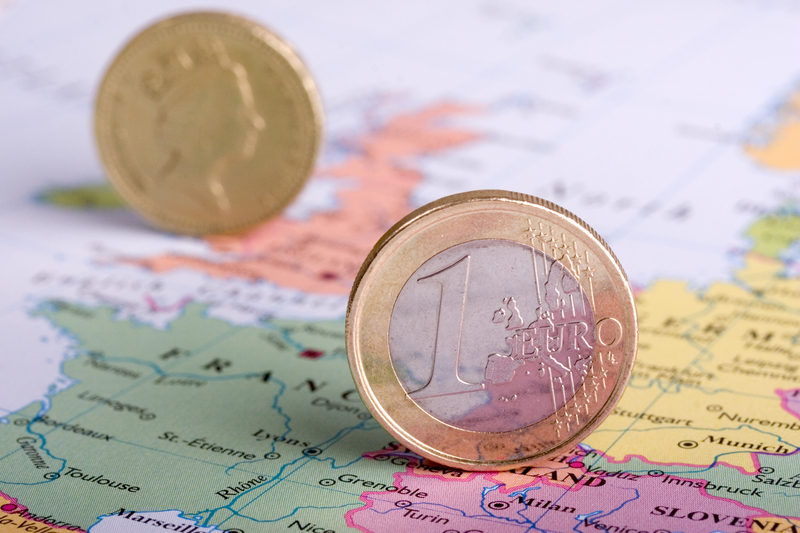 Scotland’s First Minister Nicola Sturgeon warned again this week that a new vote for independence could be likely if the UK votes to leave the EU. It is not the first time the SNP leader has alluded to the fact an independence referendum could be called if the overall outcome of the ballot does not represent the way Scottish people vote. Speaking to the BBC she said it would be a “democratic outrage” if Scotland was to be “dragged out of Europe against our will”.

The government also found itself in trouble after it was reported supporters of the Remain campaign are using WhatsApp to discuss strategy, rather than official channels, to discuss strategy. Critics said the encrypted messaging service prevents transparency, leading to calls for the Information Commissioner to probe the claims.

In other news Denmark’s second largest party hinted it was considering pushing for a referendum. Kristian Thulesen Dahl, leader of the Danish People’s Party (DF), threw his support behind the UK, stating Brexit was “a situation which provides opportunities for Denmark”. The nation is not the first to discuss the potential of referendum on EU membership. A few weeks ago, France and the Netherland were also talking about the possibilities.

Again, the economy featured at the top of the debate this week, with the OECD warning of the impact of leaving while eight economic experts explained the positive outcome of a Brexit. Undoubtedly, this area will continue to remain a battlefield right up to polling day, with both sides arguing of the damage of going or staying.

In this latest bulletin, the editorial team at AG delve deeper into some of the big issues in the news this week…

Leading international body the Organisation for Economic Cooperation and Development (OECD) has come out against Brexit, as it released an assessment of the potential economic consequences for the UK earlier this week.

Angel Gurria, secretary general of the OECD since 2005, told BBC Radio 4’s Today programme that a vote to leave the EU would be a bad decision on the part of the British people, and one that they would pay for.

“Brexit is like a tax,” Gurria said. “It is the equivalent to roughly missing out on about one month’s income within four years but then it carries on to 2030.”

The former politician helped negotiate the North American Free Trade Agreement and led two major banks in his native Mexico before joining OECD. The organisation’s simulations found that economic growth would be lower as a result of Brexit and that households would be, on average, £3,200 worse off. Gurria added: “In the end we come out and say: why are we spending so much time, so much effort and so much talent in trying to find ways to compensate for a bad decision when you do not necessarily have to take the bad decision?

The Vote Leave camp was quick to take a swipe at the “very implausible” assumptions used by the OECD to arrive at their conclusions.
“That is just absurd,” economist Andrew Lilico told the BBC News Channel, on behalf of the Leave campaign. “One of the main reasons we would leave the EU is in order to do new trade deals with the rest of the world, with Japan, Australia and other countries.”

A group of influential economists have come together to argue leaving the EU would boost the UK economy by four per cent in 10 years.

Economists for Brexit said a vote to leave would put a hold on tariffs on imported goods, which is part of the EU’s customs union. Freedom from these constraints would see UK prices drop by eight per cent.

The group said exports to EU could fall under a World Trade Organization (WTO) agreement, similar to what is in place in the US and China.

A spokesperson for Britain Stronger In Europe said: “[UK] Treasury analysis shows that trading under WTO rules would be the worst possible alternative to EU membership, seeing households £5,200 worse off and a public spending black hole of £45bn.”

The stance comes at the same time as the OECD warned Brexit would be the equivalent of a tax.

An article featured in The Independent may just be another emotional argument by the Pro-EU camps, but it warns that hundreds of thousands of married couples could be forced apart if we vote to leave the EU.

According to the Office for National Statistics, there are more than 100,000 officially recorded couples in London where one British national is in a relationship with someone of another EU nationality. With the Leave campaign wanting to end free movement, could this see the partners of British people losing their right to live in the UK?

Currently, non-EU nationals who want a visa to remain in the UK must earn at least £35,000 or be refused the right to settle (according to a new threshold being rolled out by the Home Office). It is likely that this rule would apply to EU nationals after Brexit.

Sian Berry, the Green Party’s candidate for Mayor of London, has said: “For most Londoners, European citizens are intricately involved in our daily lives – as friends, colleagues and very often as life partners.

“We’ve heard a lot about the economic and political arguments for the EU, but there has been far less focus in the media debate on the individual emotional consequences of withdrawal for a very large number of our citizens.”

In typical and expected fashion, a spokesperson for the Leave campaign has rejected the claim by citing a convention on international relations saying that, “Absolutely nothing will happen to couples after Brexit. Their rights are guaranteed by the Vienna Convention, just as they were when the Czech Republic separated from Slovakia. It is grossly irresponsible of the press to peddle that there is ‘clearly some uncertainty’.”

For what it’s worth, I think that it amounts to emotional blackmail to suggest that married couples would be forced apart under Brexit. On this occasion, I believe that the Leave campaign have it right.

It seems the EU referendum could be causing a divide in some families and George Osborne’s is no different.

The Chancellor of the Exchequer has faced criticism from members of his family with regards to his view of a Brexit.

Osborne’s aunt, Jennifer Little has expressed support for Britain to leave the EU and has attacked claims laid out in the government’s leaflet.

Mrs Little spoke to the Evening Standard and said claims made in the booklet suggesting food prices could rise were “ludicrous” and added “I don’t believe a word of it.”

She also disagreed with the statement in the 16-page booklet that said Britain control’s its own borders. She said: “No, we don’t have control of our borders and the level of migration is definitely too high.”

Osborne’s aunt is not the first member of his family to disagree with his position on the EU referendum.

His uncle, Peter Osborne has also criticised the government’s booked stating that it was “grossly unfair.”