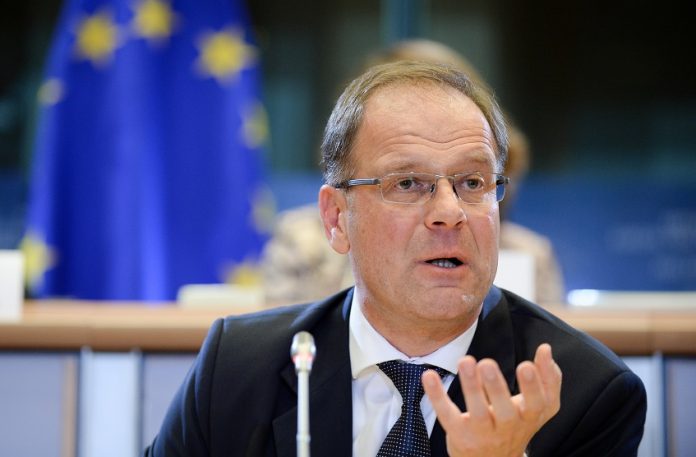 In a speech, EU Commissioner for Culture, Tibor Navracsics shares how European Capitals of Culture are a driver for social and economic change

Let me nevertheless stress at the outset that culture can never be just a means to an economic end: culture plays too significant a role in our lives and our society to be reduced to its mere economic function. Especially today, when our communities face so many challenges threatening our Union’s core values. Now more than ever we need culture to better understand each other and to cement the bonds between our countries and people.

But this does not mean that we should ignore culture’s huge economic potential.

The European Capitals of Culture are a great illustration of this. They are of course above all a cultural event. Holding the title enables cities to boost cultural activity and reach new audiences. Cultural operators acquire a more international outlook.

The initiative also has a social impact, fostering cohesion and intercultural dialogue, for instance through outreach programmes.

European Capitals of Culture have also repeatedly shown what a city and its surrounding region can achieve in terms of growth and job creation by integrating culture and the arts in long-term development planning.

One of the most obvious economic effects is the increase in the number of tourists. The average increase of overnight stays upon the previous year for a European Capital of Culture is 12%. But this can rise to more than 25%, as in Pilsen in 2015 or Pecs in 2010.

In Mons, it is estimated that each euro of public money invested in the Capital of Culture programme generated between €5.5 and €6 for the local economy. A central achievement of the year have been the new partnerships created between the cultural sector and the local corporate sector, as well as the reinforced cooperation with the tourism sector.

Being a European Culture Capital entails a process of transformation for a city, offering increased opportunities in terms of urban development. The 2013 European Capital of Culture in Marseille was part of an investment project in new cultural infrastructure of more than €600m – which was in turn integrated into a multi-billion euro effort to revitalise the city spanning several decades. Some cities have used the title to regenerate former industrial areas and to transform them into new cultural or creative quarters. For example, in Košice 2013, the private sector and local universities worked together to transform the industrial city, highlighting the city’s creative potential.

Of course, we sometimes see cities that do not reap the full benefits of the title, often because of problems of governance, insufficient long-term planning, an absence of clear objectives, indicators, milestones and monitoring and a lack of experience in implementing an event of this scale and scope.

That is where public strategies – at all levels of territorial governance – can be of help.

To ensure a lasting positive impact, cities and their surrounding regions must embed the year’s programme into their long-term development strategies.

In other words, cities – and regions – must not just look at the short-term benefits to be gained during the year itself. They need to look further to the future.

That is also where national initiatives such as the Italian Capitals of Culture have a clear role to play. I know that in Italy the initiative came in the wake of the huge success of the Italian competition for the 2019 European Capital of Culture title, with a record number of 21 applicant cities (and Matera as the winner).

Similar initiatives exist in Ireland, in the UK, in Lithuania. They are extremely useful.

They can further illustrate the multi-faceted and central role culture plays in our cities and regions. And they reinforce the connection between culture, cultural heritage, tourism and socio-economic development. They also provide public authorities with an opportunity to implement an important change in the way they support culture.

They also offer a space where all levels of territorial governance work together, with a common and shared goal, beyond political differences. There is indeed a need for all public authorities to treat a European Capital of Culture or a national capital of culture as a non-partisan effort on behalf of the city.

The role of the European Commission is to foster the exchange of experience and good practices between past, present and future capitals and facilitate exchanges and peer learning between cities and regions across Europe.

We do this, for example, through an ongoing initiative funded under Creative Europe, called “Culture for cities and regions”. Within this frame, we work directly with city and regional authorities, including some former European Capitals of Culture, to share experience and knowledge on culture and heritage as drivers for social inclusion, regeneration and growth. The initiative includes study visits and peer-learning activities for local authorities.

Finally, I hope that we can use the European Year of Cultural Heritage in 2018 to reinforce partnerships between our various levels of territorial governance.

As we are just entering the New Year, I would also like to wish every success to Aarhus in Denmark and Pafos in Cyprus, the 2 European Capitals of Culture in 2017, as well as to Pistoia, the 2017 Italian Capital of Culture. I am confident that all 3 will be a great success and that they will invite us to reflect on our common European project.

This is an edited version of a speech that was given in Brussels in January.