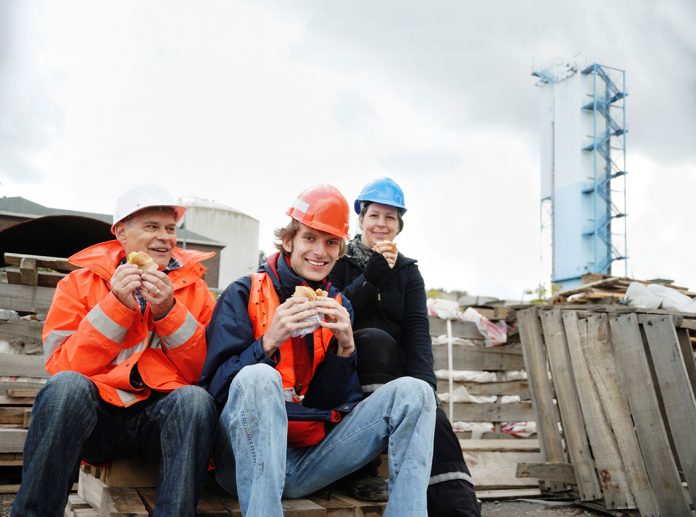 Health promotion in the workplace is a key priority in the 21st Century, explains Jaana Laitinen of the Finnish Institute of Occupational Health

Evidence-based health promotion at work is one of the new multidisciplinary projects that is receiving three-year funding from the Strategic Research Council at the Academy of Finland from 2016 to 2019. Criteria for funding is high-quality research that has a great societal impact. An important element of research is an active and ongoing collaboration between researchers who produce new knowledge and stakeholders and others who use it.

The workplace is one of the priority settings for health promotion

The main approach of WHP has been the health education of individuals with a certain health risk, in order to prevent lifestyle diseases. However, these actions have not been tailored according to occupations. Obesity and unhealthy lifestyles are associated with decreased perceived work ability (Nevanperä et al. 2015b,2015c) and sickness absence (Roos et al. 2015), as well as the adverse effect of lifestyle diseases being greater among those with physically strenuous work than among those with light work (Gould et al. 2008). Shift work increases the risk of obesity, cardiovascular diseases and fatigue, which in turn is a risk factor for accidents.

Healthy lifestyles are the key to minimising the unhealthy effects of night shifts and are important for promoting safety at work. Some workers may be exposed to unhealthy lifestyles by having easy access to drugs or alcohol (health care, restaurants) or pastry and food (bakery and kitchen work). Thus, considering the occupational context may potentially provide meaning and motivation for healthy lifestyles, and the opportunity to develop new WHP activities. As unhealthy behaviours are too common among the working-age population and health care services resources are limited, persuasive technology might be one possibility for helping people make changes.

Furthermore, WHP focus has traditionally been on larger enterprises and companies (Goetzel et al, 2008) that have occupational health and safety plans and actors, as well as OHS. At the same time, an increasing number of people are either becoming small entrepreneurs themselves or becoming employed by one (EU-OSHA, 2015), and in most cases, the WHP practices for large companies are not feasible for small ones. Small companies often lack occupational health services (OHS) and safety organisations that could help them to implement workplace health promotion. Every sick leave and uncompleted task is directly related to lower income among micro-entrepreneurs and self-employed people (Pärnänen, Sutela 2014). In addition, as the economic growth of Finland, and also in many other countries, lies on the shoulders of micro-entrepreneurs, new ways in which to promote their health and work ability are urgently needed.

Our project will provide new ways in which to sustain the working careers of the working-age population, as well as vulnerable groups. As a general framework for health promotion we will use the principles of the Ottawa Charter for Health Promotion (WHO 1986), according to which health promotion activities include building healthy public policy, creating supportive environments, strengthening community or workplace community actions, and developing personal skills and reorienting health services. Advocating is also an important health promotion measure. Co-creation is a way in which to commit target groups to WHP and to tailor measures to suit them, as well as empowering target groups towards “agency” or advocacy.

We aim to produce evidence based WHP guidelines that will be co-created with researchers, stakeholders and actors, and peer reviewed by researchers. Together with the scientific work interaction with different stakeholders and actors is performed from the start of the project. The aim of the interaction is to co-design, co-create, review and start to implement the results and WHP guidelines. Our aim is to integrate WHP plans with organisation’s occupational safety and health plan and or with the operational plans of workplaces’ occupational health services.

Jaana Laitinen, Docent in nutrition and in public health, is specialised in the intervention studies aimed to promote healthy lifestyles and work ability. Additionally, she has studied the development of unhealthy behaviours in an epidemiological prospective study of Northern Finland in 1966 and 1986, cohort studies. She has been involved in several development projects that aimed to transfer research results into practice though interaction with workplace actors. The most prominent has been the WHP of professional drivers – Alert behind the Wheel – which had media coverage of 38 million and improved the nutritional quality of service station restaurants.

The Finnish Institute of Occupational Health is a specialist in well-being at work, which carries out research, and provides services and training. Together with our clients, we develop well-functioning work communities and support workers’ work ability. Our clients include workplaces, decision-makers, individuals, occupational health units and other organisations that strive to improve well-being at work. Our vision is well-being through work, as it is healthy, safe and meaningful work that creates well-being.