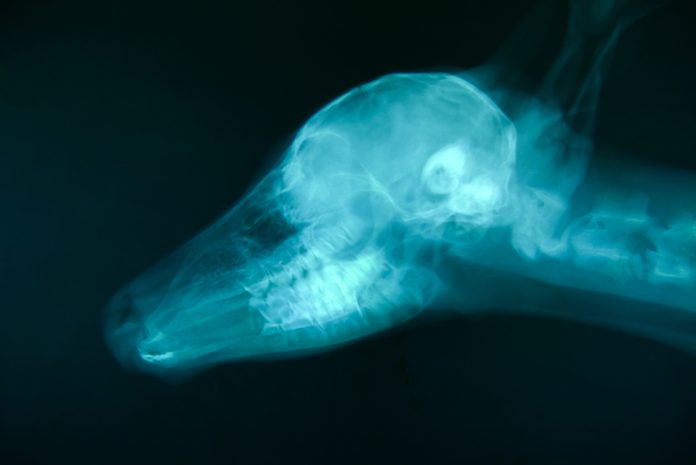 Skeletal muscle is one of the most abundant tissues in vertebrate animals. Skeletal muscle is also very diverse, as it is comprised of muscle cell types that differ in their biochemical, morphological and functional properties. Skeletal muscle heterogeneity is further emphasised by the variable sensitivity of distinct muscle cell phenotypes to exercise, nerve-dependent electrical activation patterns, denervation, regenerative capacity following injury or disease and ageing.

In the last four decades, studies have also elucidated that muscle heterogeneity is manifested during embryonic development when distinct classes of myogenic stem cells, or satellite cells, associated with different muscle groups are involved in muscular patterning, growth and regeneration. Moreover, postnatal muscle cells demonstrate a great ability to respond to changes in environmental signals, by altering their gene expression and adapt to new physiological demands. Here, the robust heterogeneity of vertebrate skeletal muscle cells and their plasticity is examined from the perspective of some teleosts species that possess highly specialised non-contractile myogenic tissues.

In electric fishes from South America (Gymnotiforms) and Africa (Mormyrids), some skeletal muscle fibers exhibit an extreme phenotypicplasticity by losing their contractility during normal development to give rise to electrocytes, the specialised cells that generate electricity and make up the electric organ (EO) (Bennett, 1971). The cells that make the EOs are not only novel in their morphology, gene expression, and functional specialisation but also unique in that they retain some phenotypic properties of their mature muscle precursors.

Currently, it is thought that one key event in evolution of electric fish was the origin of the EO from the complete transformation of striated muscle during development wherein partly or fully differentiated muscle fibers disassemble their contractile apparatus, undergo striking changes in shape and size, and become innervated by a separate population of spinal motoneurons known as electromotoneurons (Bennett, 1971).

Whether electrocytes arise from a population of embryonic cells separate from that of muscle is not known. Histological data from an ontogenetic study by Kirschbaum and Schwassman (2008) suggested the presence of a germinative zone located below the hypaxial muscle region that contains electrogenic precursor for electrocytes. These electrogenic precursors appeared to differentiate without going through a true muscle fiber stage. The authors interpreted these findings to support the existence of unique electrocyte precursors, they referred to as “electroblasts”.

The muscle fibers located most centrally and expressing fast myosin heavy chain (MHC) differentiate into myotubes, that contain fully mature sarcomeres, fuse and then proceed to disassemble the striated complexes while also downregulating many of the sarcomeric genes to give rise to the non-contractile electrocytes (Unguez and Zakon, 1998a).

Hence, the cellular processes of electrocyte regeneration in the adult cannot be fully compared with those observed during postnatal development. Firstly, although distinct populations of Pax-7 positive cells are associated with mature muscle fibers and electrocytes in adult tails (Weber et al., 2013), Pax-7 immunolabeling was not carried out in the postnatal developmental study. Future studies should determine whether “electroblasts” in early postnatal electric fish express Pax-7, fuse to generate the multinucleated electrocytes (Unguez and Zakon, 1998a; Weber et al., 2013), and transiently express fast-MHC. These data would be first in demonstrating the existence of Pax-7 positive stem cells that contribute to the development and regeneration of a highly specialised non-contractile myogenic cell type in vertebrates.

Although much about the origin of the electric organ from muscle remains unknown, such understanding is a reachable goal in the near future. Recognising and elucidating the cellular and molecular programs that give rise to the non-contractile current-producing cells of the electric organ will not only expand the breadth of the known heterogeneity and plasticity of striated muscle, but will be key to unravelling the evolution of myogenic electric organs.

Additional cases of fish skeletal muscles being modified for non-muscular functions also include those in some groups of oceanic fish, commonly known as billfish. In billfish, extraocular muscles (EOMs) transform into a heat-generating organ located beneath the brain and close to the eyes (Block, 1986). This thermogenic organ is composed of modified EOM cells (heater cells) that are structurally distinct from all other types of skeletal muscle.

In the superior rectus muscle of billfish, myofibrils and contractile filaments are virtually absent, multiple nuclei are centrally located, and the cell is packed with mitochondria and smooth membranes (Block, 1986). That thermogenic cells derive from striated muscle precursors is evident by the presence of isolated patches of disarrayed myofilaments. Heater cells of the adult organs also express contractile proteins associated with fast-twitch fibers (Block, 1986; Tullis and Block, 1997).

For example, two key SR proteins associated with calcium transport, the SR Ca2 – ATPase and the SR Ca2 release channel link heater cells to fast-twitch muscle fibers (Block et al., 1994; Tullis and Block, 1991). The high degree of similarity between heater cells and fast-twitch muscle fibers would favour development from myoblasts that give rise to fast-twitch fibers. Together, data from characterisation of electrocytes in S. macrurus and heater cells from billfish demonstrate that muscle tissue has a high degree of functional plasticity. Interestingly, the incidence of a higher degree of plasticity among fast muscle fibers phenotypes may be an inherent characteristic maintained across species.

It is not known how or when the heater phenotype develops in the extraocular muscles. Heater cells could develop directly from myoblasts without first passing through a contractile stage. Alternatively, mature contractile muscle fibers could be directly transformed into heater cells. Unfortunately, for both electric fish and billfish, breeding in captivity is extremely challenging, and it is difficult to obtain larval and juvenile animals, which precludes direct examination of the developmental trajectory of muscle fibers into electric organ and heater cells.

Tullis, A. and Block, B.A. (1997). Histochemical and immunohisto- chemical studies on the origin of the blue marlin heater cell phenotype. Tissue Cell. 29:627-642