The U.S. Department of Energy Federal Energy Management Program (FEMP) recently committed $13 million under its “Assisting Federal Facilities with Energy Conservation Technologies (AFFECT)” initiative, to drive infrastructure improvements at federal facilities that can be replicated across the country.

An ESPC allows federal agencies to procure facility improvements with no up-front capital cost to the government. Under an ESPC, an energy service company (ESCO) incurs the cost of — and obtains financing for — developing and implementing an energy project that meets the agency customer’s needs, and must guarantee cost savings, equipment performance and standards of service. The agency repays the ESCO over the term of the contract out of the cost savings resulting from the project, after which the government retains all savings. ESPCs may include all types of energy conservation measures (ECMs) such as lighting, appliances, renewable energy systems, heating and cooling systems, metering, and more. Similar to an ESPC, a utility energy service contract is another procurement approach federal agencies use to contract for a broad spectrum of energy management services with its serving utility.

By requiring projects to be part of privately financed performance contracts like ESPCs or UESCs, the AFFECT grants improve the ability of agencies to incorporate energy conservation measures into projects that would not otherwise be supported by project economics. For example, if an agency wants to include an ECM as part of its project that might have a longer payback than needed to fit the parameters of the ESPC, such as a battery storage and controls system, applying an AFFECT grant can help result in a reduced project term that then enables this type of ECM to be included.

ESPCs are often implemented as task orders awarded under DOE’s indefinite-delivery, indefinite-quantity (IDIQ) ESPCs. The DOE IDIQ ESPCs were established to streamline the ESPC process and make ESPC projects as practical and cost-effective for agencies as possible. DOE awarded these master IDIQ ESPCs to competing ESCOs that were best qualified to serve federal agencies under the contract terms and conditions. Since their inception in 1998, more than 430 projects have been awarded across the federal government under the DOE ESPC IDIQs.

DOE also offers ESPC ENABLE, sometimes referred to as “ESPC lite,” which is a streamlined approach, allowing federal agencies to quickly award projects and realise savings. ENABLE targets straightforward ECMs such as lighting, water fixtures, heating, ventilation, and cooling equipment, as well as boilers, chillers and solar photovoltaics. These are generally intended for smaller projects at federal facilities, but there are no specific size or cost restrictions. To date, projects implemented through ESPC ENABLE have ranged from around $200,000 to $18 million of investment in facilities ranging from 200,000 to 2.1 million square feet.

Both ESPC and ESPC ENABLE are widely used across the federal government. The flexibility of ESPC is demonstrated not only by the range of projects awarded in the past, but also by how well they allow agencies to address priorities and purposes. For example, ECMs can be bundled in ESPCs so that short-payback-period ECMs, such as lighting, make longer-payback ECMs feasible within the maximum contract term. ESPCs are an excellent vehicle for implementing comprehensive projects, but they can also be used for single-ECM projects.

DOE Headquarters took advantage of the falling costs of LEDs by implementing a $2.3 million project in the James V. Forrestal Building in Washington, D.C. that will pay for itself in 12 years. The project upgraded 30,000 light fixtures and results in energy savings of 6.667 MMBtu. This is equivalent to preventing 1,523 tonnes of carbon emissions annually.

An ESPC ENABLE project carried out by the U.S. Department of Commerce’s National Institute of Standards and Technology addressed energy affordability by installing a 5-megawatt photovoltaic system. Project savings for the agency are $3.5 million over a 20-year contract. The PV project was structured as an Energy Sales Agreement, which allows the system to be privately owned and takes advantage of tax incentives to lower project costs.

Visit FEMP’s website to learn more about ESPCs, including tools, training, and other assistance and information FEMP can provide throughout the process. FEMP also encourages members of the energy management community to attend the Energy Exchange 2021 training event, being held virtually August 2nd to 6th 2021, to learn more about performance contracting, past AFFECT case studies, and portfolio management. 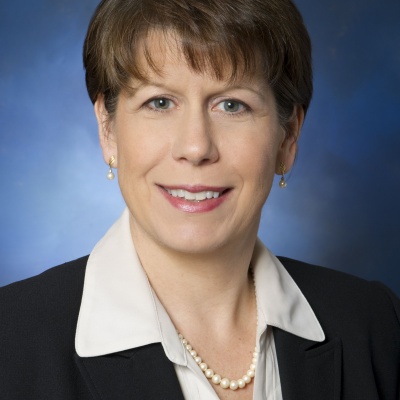