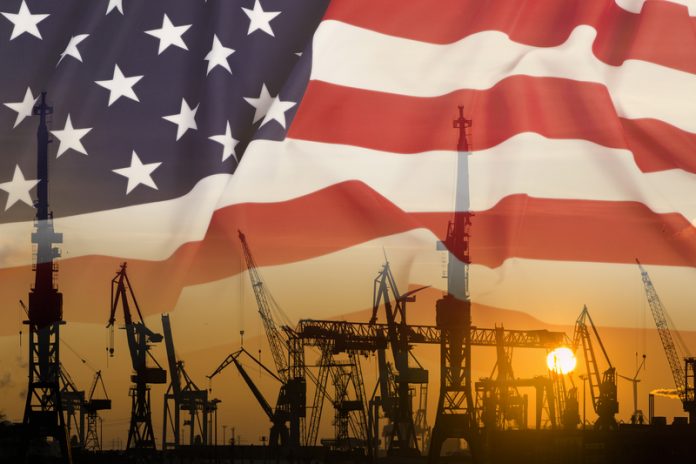 Open Access Government charts the history of the U.S. Energy Department and some of its present-day priorities, including clean energy and solar manufacturing

The mission of the U.S. Energy Department, according to their website, is: “To ensure America’s security and prosperity by addressing its energy, environmental and nuclear challenges through transformative science and technology solutions.” (1) This article will look at the background to the Department’s work, including some of its present-day work, including driving energy-efficient technologies and promoting clean energy, as well as solar manufacturing.

By way of background, the U.S. Energy Department is said to have one of the most diverse histories in the U.S. Federal Government. While it began its life in 1977, the U.S. Energy Department’s lineage can be traced back to the Manhattan Project effort to develop the atomic bomb during World War II and to other energy-related programmes that were covered by several federal agencies.

During its long history, the U.S. Energy Department has shifted its emphasis and focus in accordance with the changing needs of the nation. In the late 1970s, the emphasis was very much on energy development and regulation. During the 1980s, the priorities changed towards nuclear weapons research, development and production. Following the end of The Cold War, the focus turned to the environmental clean-up of the nuclear weapons complex and the non-proliferation and stewardship of the nuclear stockpile.

After the millennium, the U.S. Energy Department’s objective has been to ensure the nation’s prosperity and security. This is achieved by addressing its energy, environmental and nuclear challenges by means of innovative science and technology solutions. The U.S. Energy Department seeks to transform the U.S.’s energy system and secure leadership in clean energy technologies, pursue world-class science and engineering and enhance nuclear security through defence, non-proliferation and environmental efforts.

A more recent example of the U.S. Energy Department’s work is evidenced in an announcement on 10th April 2018 about their partnership with the National Association of Manufacturers (NAM). This intends to help U.S. manufacturers drive energy productivity improvements and accelerate the adoption of energy-efficient technologies.

“Working alongside our private sector partners, we are driving cost savings and a stronger, more secure U.S. industrial base,” says Secretary of Energy in the U.S., Rick Perry. “The Department’s partnership with the National Association of Manufacturers will further spotlight industrial leadership and boost awareness of the resources across the DOE enterprise to boost manufacturing competitiveness through energy savings.”

NAM President and CEO Jay Timmons adds: “Manufacturers accept the responsibility to better the future of our communities, our environment and our children, which is why over the past decade, we have reduced emissions by 10% even as our value to the economy has increased 19%. This initiative is another example of the Trump Administration’s true partnership with manufacturers in America and it will take our sustainability efforts to a new level of progress.” (2)

Today, a clean energy revolution is said to be taking place across America, underlined by a steady expansion of the U.S. renewable energy sector. The clean energy industry is predicted to continue the trend of rapid growth in the future. There is a marvellous economic opportunity ahead for the countries that invent, manufacture and export clean energy technologies, we are told.

The responsible development of all of America’s rich energy resources – including geothermal, bioenergy, solar, wind, water, & nuclear – will help ensure America’s continued leadership in the field of clean energy. Moving forward, the U.S. Energy Department aims to drive strategic investments in the transition to a cleaner, domestic and more secure energy future.

In January 2018, the U.S. Energy Department announced a $3 million prize competition to revitalise innovation in U.S. solar manufacturing. The aim of this is to incentivise the nation’s entrepreneurs to develop new products and processes that will reassert American leadership in the solar marketplace. U.S. Secretary of Energy Rick Perry explains more about this, in his own words.

“The United States possesses the talent, expertise and vision to surpass the rest of the world in solar technologies and forge a new solar energy landscape around the globe. The American Made Solar Prize will galvanise our country’s entrepreneurs, allow them to utilise technologies and innovations developed through DOE’s early-stage research and development and, ultimately, bring new American-made products to market.”

In addition, this solar prize brings together the country’s research base with its entrepreneurial support system which is made up of energy incubators, universities and the U.S. Energy Department’s 17 national laboratories, who together can create a sweeping portfolio of innovations primed for private investment and commercial scale up. (3)

Reducing the costs of solar energy

The U.S. Department of Energy has a Solar Energy Technologies Office, who support early-stage research and development to improve the affordability, performance and reliability of solar energy technologies on the grid. This includes investment in innovative research aimed at securely integrating more solar energy into the grid, enhancing the use and storage of solar energy and to lower the costs of solar electricity.

To end this article on a positive note, we know that with the dramatic reduction in the cost of solar, installations in the U.S. have risen dramatically. This encouraging development, of course, creates fresh challenges for the country’s ageing electricity grid. To cater for these changing needs, the office announced in September 2017 a continued focus on solar energy research and development efforts that aid the country’s critical energy challenges, which are: grid reliability, resilience and affordability.