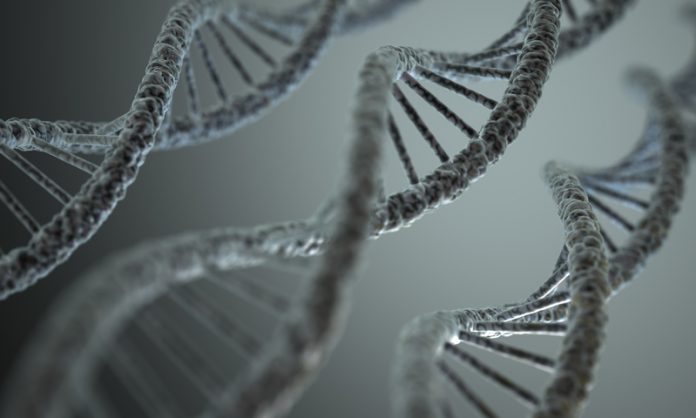 Scientists at the Salk Institute at the University of California in San Diego have solved a complex biological riddle that has puzzled scientists since the discovery of the DNA double helix – how human DNA strands 2 metres long fit into the nucleus of a cell a thousandth of a millimetre across.

All genes are present in every cell in the human body, which genes are ‘switched on’ determines what type of cell it becomes and the function it carries out.

Chromatin, the combination of chromosomes and proteins within the cell, had been extracted before but the process would mean it was altered, creating a necessity for it to be viewed within a functioning nucleus.

Associate Professor Clodagh O’Shae and her team identified a dye which allowed them to view chromatin structures inside the nucleus of human cells, and ‘paint’ them with a metal alloy allowing for a clear image.

The images were generated in both resting cells and during mitosis (duplication) when the DNA is most densely packed.

Their discovery determined that the ‘chain’ chromatin form is densely packed in such a way that only certain genomes are accessible, determining the function of the cell.

The images allow them to move through the dense structure of chromatins, as a virus or enzyme would.

This gives them unprecedented access to the mapping of cell functions and allows for an intricate study of how genes function, reproduce and pass on.

It was previously assumed that genomes in use were determined by the chromatin forming a higher-order structure.

DNA models and the future of medicine

DNA structure could, in theory, be altered, changing the function of the cell in order to treat disease and improve human functions.

Stem cells are a subject of debate for medicine – they possess the ability to create any cell, but present ethical dilemmas and can be difficult to obtain.

O’Shae explained how the technology can be used, saying: “Being able to see now the fine structure and organisation of DNA could enable us to design drugs to change its structure, to make a tumour cell remember how to be normal again.”