Home Open Access News Health & Social Care News How has France’s Ministry of Health and Solidarity dealt with the challenges... 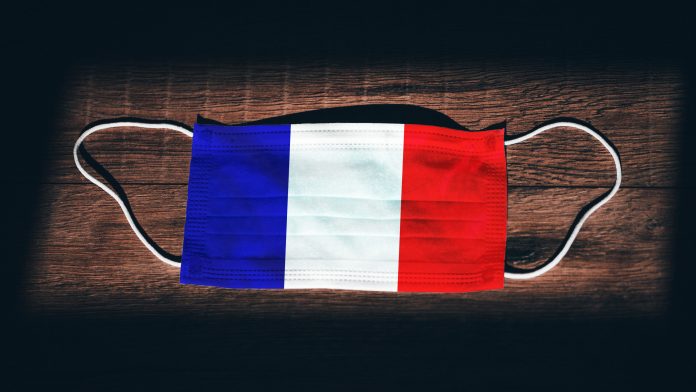 Open Access Government takes a look at the ways in which Olivier Véran, the French Minister for Health and Solidarity, has supported French citizens through a health crisis and beyond

With the COVID-19 pandemic having taken over the world and each country finding their own unique methods to fight the crisis, it comes as no surprise the Olivier Véran, French Minister for Health and Solidarity has faced a lot of pressure in recent months. However, the Minister is keen to look ahead into the future and has mapped out his Ministry’s priorities for 2021.

One example of this is the 4th National Health and Environment Plan titled “My Environment, My Health” (2020-2024). “Environmental health is a subject that has become increasingly important in our society in recent years. This reflects the collective awareness that we need to adapt our environment to protect our health. Acting on the environment can indeed have an impact on all stages of life: protecting current and future generations is a shared responsibility today. Therefore, we want the “My Environment, My Health” plan to enable everyone – citizens, elected representatives, health professionals and researchers – to take action to create an environment that is favourable to our health,” Olivier Véran emphasised. The plan aims to achieve the following four main objectives coherently and effectively:

An important message that the Ministry wants to get across, is “solidarity in the face of crisis,” and since the start of the pandemic, the Government has endeavoured to protect the most vulnerable by taking various measures to deal with emergencies and alleviate daily difficulties. Most recently at the end of 2020, the French Government has backed this up through the payment of more than €970 million of aid to 4 million low-income households and 560,000 young people in difficulty. As we know, the effects of the pandemic have hit those in vulnerable situations the most. This aid renews the government’s support for the most vulnerable groups, who had already benefited from aid in the spring as well as an increase in the back-to-school allowance in August.

To follow this aid, Olivier Véran also announced the payment of an end-of-year bonus, known as the “Christmas bonus”, for beneficiaries of the active solidarity income (RSA), of the solidarity allowance specific (ASS) and the equivalent retirement allowance (AER). This has been assigned to more than 2.5 million households and reflects the Government’s commitment to supporting those with modest incomes, even more so in the context of the health and social crisis induced by the COVID-19 pandemic.

“Confronted with an epidemic which requires us to protect the most vulnerable, we also made the choice to protect the most financially unstable. And in this, we have been faithful to the values of solidarity of our nation. This exceptional solidarity aid is a reminder of our commitment: that a health crisis, should not be exacerbated by human tragedies,” stated Minister Véran.

Furthermore, 2020 marked a momentous year for the health sector in France, as it was the 75th anniversary of “la Sécurité sociale” the French social security system. On its 75th anniversary, the Social Security Department, in conjunction with EN3S, organised an event bringing together people from the world of social security to discuss the history of this great institution, its incredible mobilisation during this unprecedented crisis and also its future and the challenges for the years to come.

To help combat these challenges is the health strategy “Ma Sante 2022”, aiming to promote better organisation of health professionals who work together for patient health service. First of all, the strategy aims to combat inequalities in access to care, which has become more apparent in the past year with more and more French people having difficulty accessing a doctor during the day and are therefore sometimes forced to go to emergency rooms by default. Secondly, the strategy will achieve aspirations among professionals to cooperate better with one another, to have more time to care for their patients and to be trained differently.